CPI(M) said it will consult other parties in parliament to consider moving an impeachment motion. 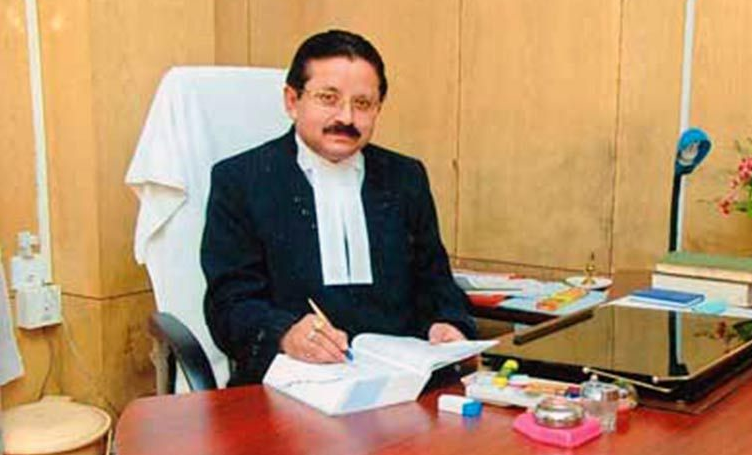 New Delhi: The Communist Party of India (Marxist) has demanded the immediate removal of Justice S.C. Sen of the Meghalaya high court from judicial duties due to his recent utterances in the form of a judgment. The party said it would consult other parties in parliament “to consider moving an impeachment motion for his removal”.

On December 12, Justice Sen, disposing a petition by one Amon Rana, who was denied a domicile certificate by the Meghalaya government, said India should have declared itself a Hindu nation at the time of partition. He said, “I make it clear that nobody should try to make India as another Islamic country, otherwise it will be a doomsday for India and the world. I am confident that only this Government under Shri. Narendra Modiji will understand the gravity and will do the needful as requested above and our (West Bengal) Chief Minister Mamataji will support the national interest in all respect.”

In a statement on December 14, the CPI(M) politburo, in session in New Delhi, condemned in “unequivocal terms” the utterance of Justice Sen and called it “against the basic structure of our Constitution”.

“The Supreme Court had earlier given a verdict that secularism, amongst others, is a fundamental feature of our Constitution. Justice Sen reflects his political faith akin to RSS ideology of Hindu Rashtra. By smuggling in the brazen communal view on partition and making an obvious political statement on proposed amendment to the Citizenship Act, he has both undermined the pre-eminent role of Parliament and independence of the Judiciary. Such views will contribute to further provoking discord among the people in the North East,” said the statement. It said that Justice Sen, therefore, “has lost his moral right to continue in the office as a judge in a High Court”.

Already, leaders from opposition parties have registered their protest at Justice Sen’s remarks. National Conference leader Farooq Abdullah reportedly said, “It is a secular country and will remain secular. Those who want to talk anything else, they can say what they like as it is a democratic nation but it won’t make any difference.” He said, “We are a secular nation. Our forefathers made it a secular nation, and we must protect the secular character of this nation. It’s a question of unity in diversity.”

Responding to the remark, NCP leader Majeed Memon said, “The judge should know what the condition at the time of partition (sic). It seems he has not read history. Areas having dense Muslim population went with Pakistan under Jinnah. Crores of Muslims did not go to Pakistan because India was a secular nation that was to be run according to a secular constitution.”

In Meghalaya too, many civil society and student bodies have condemned Justice Sen’s utterances, which were in support of the Centre’s attempt to amend the Citizenship Act 1955 to grant Indian citizenship to Hindu Bangladeshis among others.

The Khasi Students Union reportedly said that the idea would be “disastrous” for the indigenous communities of the Northeast. A report in The Hindu quoted Donald Thabah, KSU general secretary, stating, even if three million of the 14 million Bangladeshi Hindus are granted instant citizenship, they would wipe out the one million ethnic Khasis of Meghalaya and other small indigenous groups of the Northeast.

State NGOs like Thma U-Rangli Juki have also called Justice Sen’s judgment “flawed and controversial” and opposed to “the secular and federal character of the Indian Republic.”