Not Just COVID-19 Guidelines, Our Govt Would Do Well To Follow WHO's 'Life Skills'

The skills were listed at the beginning of the millennium as essential skills for children to master, but even politicians seem to lack empathy, critical thinking and self-awareness. 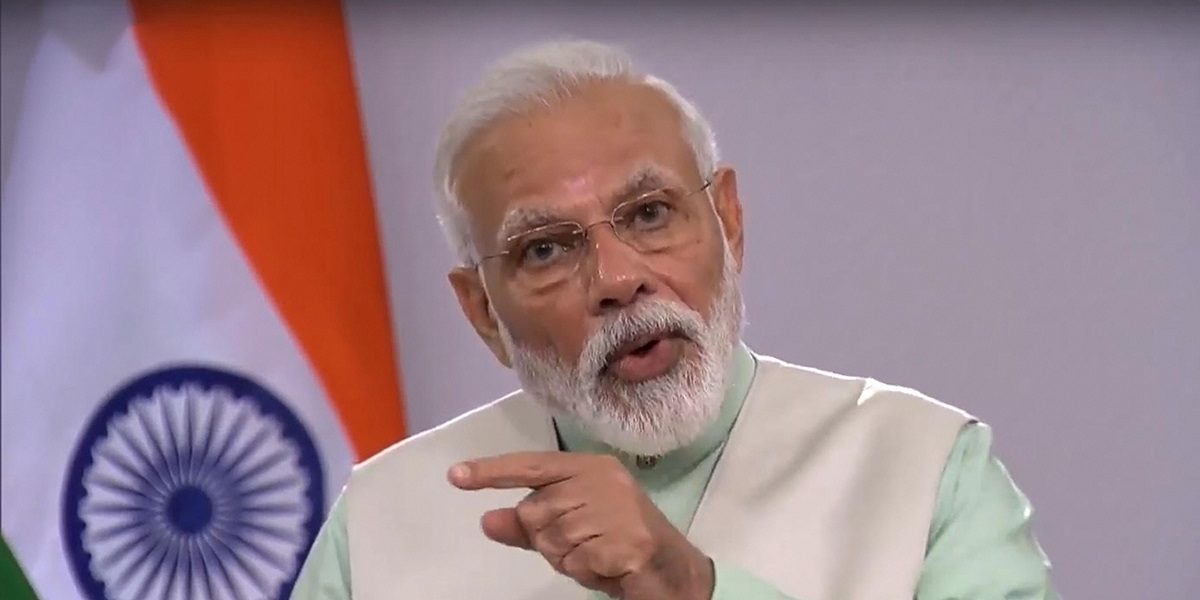 Mrs K is a school principal who lives in Faridabad, quite literally a stone’s throw away from Mathura Road, which towards the end of March became a slow moving river of people travelling back to their villages in Uttar Pradesh and Bihar.

During this time, she got into her car, armed with a stack of Rs 500 notes and bars of soap, and distributing them to the women of the families heading back home. It’s a noble but tricky endeavor because she constantly runs the risk of getting mobbed. She almost did on one occasion, not by poor people but by some local goons. It was her driver’s quick thinking that got them out of what would most certainly have become a mugging.

Mrs K tells me that that day, Vikas the young man who was driving her, cried and told her that he too could very easily have been amongst the thousands of frightened and desperate migrant labours having to walk back home. Vikas is from Bihar and was orphaned at a very young age. Mrs K and her family brought Vikas into their home and brought him up like their own family member from the time he was seven years old.

Mrs K knows what it is like to be displaced. She is a Kashmiri whose family lost their business because of the terrorism of the 1990s and had to leave the valley with her family and come and resettle in Faridabad. She understands the pain of migration and relocation. So does her adopted son.

Mrs K, Vikas, and so many of their fellow Indians have managed to find ways to help those in distress, despite the lockdown which Prime Minister Narendra Modi has called “a curfew”. This is because their sense of empathy, the ability to sense and feel what others are feeling, is alive and well.

What is truly disturbing, though, is that a frighteningly large number of our leaders, led by our prime minister, do not seem to possess this faculty at all. Unlike thousands of Indians who are showing an abundance of empathy and distributing rations to the needy in their neighbourhoods, setting up community kitchens, and reaching out to the most immediate victims of the lockdown, many of our elected representatives are demonstrating an appalling lack of concern for the suffering. 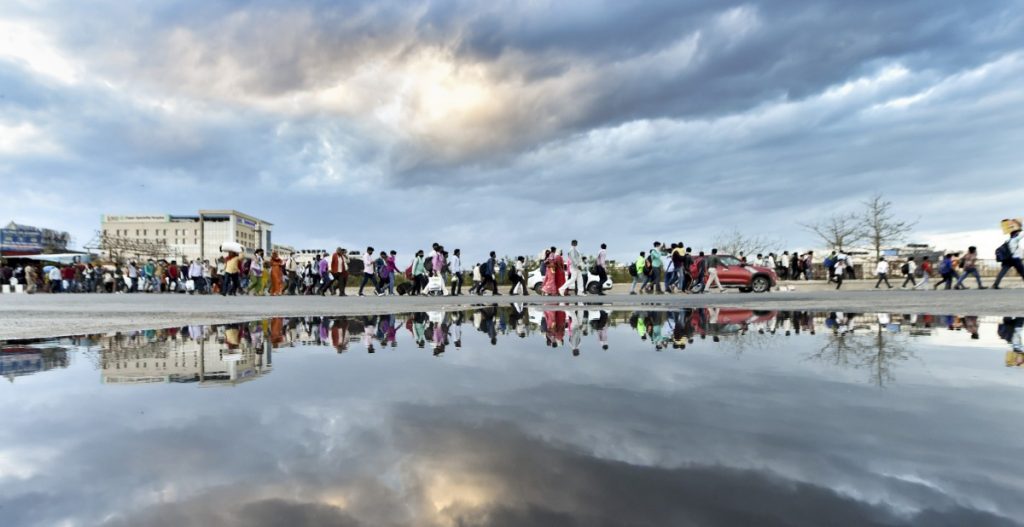 The World Health Organisation (WHO), which Modi seems to feel is in need of revamping, listed ten core “life skills” at the beginning of the millennium as essential skills for children to master. These are

If one pauses to think about it, these are also the skills good leaders need, and those who possess them invariably do well by the people they are responsible for.

Imagine how differently the coronavirus pandemic might have been dealt with if those ruling our country possessed and practised these skills. Let’s examine how even a few of these WHO-mandated life skills, which school children are supposed to learn, could have stood our leaders in good stead at this time of national crisis.

Empathy: On a nationally televised broadcast at 8 pm on March 23, our prime minister announced:

He then waxed eloquent about the dangers of the coronavirus and the need for social distancing, and then ended his speech without bothering to answer the most basic question on everyone’s mind – “How will we get our food and survive during those 21 days?”

How did Mr Modi overlook such an important question? Chances are, it didn’t even occur to him.

A leader with even a modicum of empathy would have second-guessed the impact of such a speech on the people of a nation, and the panic buying it would lead to. She would have factored people’s basic needs for rations, livelihood and medicines into her speech and spelt out concrete steps and measures that her government would take to make sure that suffering would be minimised during this time.

Our prime minister did no such thing, and millions of panicking Indians spilled out on the streets and thronged markets to stock up on essential supplies, throwing social distancing out the window, thus defeating the very purpose of a lockdown.

A bit of genuine empathy on his part might have also resulted in his government showing more consideration for the needs of the poor and the disenfranchised. Instead, migrant labourers and daily wagers are finding themselves on the receiving end of unspeakable cruelty. They have been thrown out by their landlords, forced to walk hundreds of miles to their hometowns and villages, beaten and humiliated by the police, hosed down with strong chemicals upon crossing state borders, and facing the very real possibility of sickness and death.

As Chhatisgarh chief minister Bhupesh Baghel pointed out in a recent interview to Arfa Khanum Sherwani of The Wire, “(If the PM) would have informed us in advance about the tentative date of the lockdown and that we should make necessary arrangements, we would have made a list of essential things and consulted each other… The mismanagement that prevailed (post announcement) could have been avoided. But the ‘Bharat Sarkar’ did not do that.”

A wiser prime minister might have benefited from the wisdom and expertise of other political leaders in the country who have handled the crisis proactively and humanely. But what can one teach the man who already knows everything? 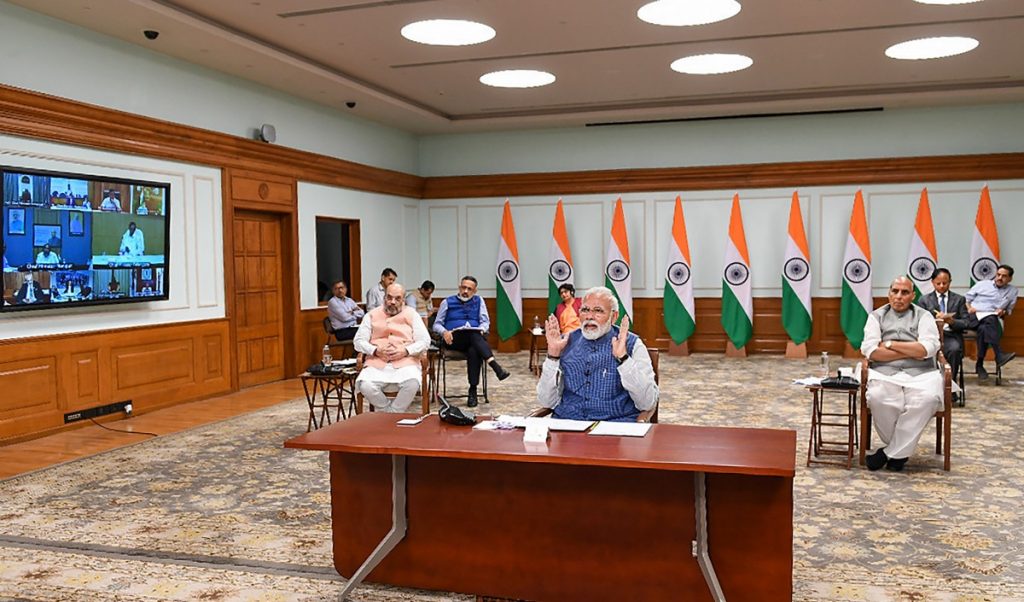 Self-awareness: Self-awareness is the ability to see oneself objectively. A little more self-awareness might have given pause to senior leaders of the BJP and stopped them from tweeting photos of themselves watching Ramayan on television while millions of Indians face starvation and joblessness. Had they been given to a bit more self-reflection, they might have realized that these visuals were completely out of sync with, and an affront to the massive humanitarian crisis engulfing the country.

Critical thinking and creative thinking: Critical thinking is the ability to question yourself, others and the situation around you. Creative thinking, on the other hand, flourishes in an atmosphere where one is not judged for having a new idea or differing opinion. But since questioning its high command or offering them constructive criticism is not part of the ethos of the ruling party, it is not surprising that most of the government’s big-bang moves, lacking adequate thought, planning and deliberation, have come a cropper. If critical and creative thinking were indeed flowing in the corridors of power, then a well-thought out plan for the sustenance for India’s 1.3 billion people, with their unique needs in mind, would have been put in place.

Life skills overlap, they are intertwined, and one life skill often builds on another. It takes years of practice and intentionality for these skills to develop. They also need the soil of character, integrity and humility to take root in and grow. The events since the imposition of the lockdown have shown us in no uncertain terms that while our children and youth most certainly need to learn WHO-prescribed life skills, our government and national leaders need them even more.