Corruption and Politics: Never Forget The Boot Is Often On The Other Foot

Before the 2019 general elections, the NDA will do well to free the 'caged parrot' CBI and bring it under the purview of the Lokpal. File photo of an agitation against corruption. Credit: Reuters

When people come to power, they harbour the delusion that they rule forever. How do you explain their behaviour of enacting laws that may soon come to bite them when they are out of power! It’s said, that it’s a good lesson for the rulers to know and then live under the rules they make for others. But the moment they regain power, the deadly cocktail of hubris and avarice possesses them.

Look at P. Chidambaram, our former finance minister. The CBI, the IB, the income tax department and the Enforcement Directorate are all in hot pursuit, investigating him and his son on various charges of corruption and money laundering. Those agencies directly reported to him when he was the minister for finance, home and internal security at various times in the past.

The investigating agencies are also prosecuting the families of Sonia Gandhi, Rahul Gandhi and Priyanka Vadra in the National Herald and other cases. It’s alleged by the Congress that the Centre is goading the CBI to exhume the remains of the Bofors case, long since buried to deflect the country from the Rafale controversy that has erupted. There is also the familiar counter-charge that it is all political vendetta by the Narendra Modi government. The chickens have truly come home to roost.

During the last two years of the UPA II government, in 2012-13, Anna Hazare galvanised the youth and the middle class of the country. Through his India Against Corruption (IAC) movement, he caught the rulers flat footed. The UPA was contemptuous and dismissive, treating him as a idiosyncratic country bumpkin. They were to rue it shortly.

Anna laid siege to Delhi in the last few months of the UPA II, supported by a devoted firebrand of followers like Prashant Bhushan, Arvind Kejriwal and others. The anti-corruption movement, led by Anna’s fast unto death, brought the Manmohan Singh government to its knees. The primary demand was constituting the Jan Lokpal Bill, an autonomous ombudsman against corruption with authority to investigate everyone from the prime minister down.

Inherent to the demand was that the CBI be brought under the Lokpal. The demand was simple and easy to grasp – how can the common people trust a system where those in power, accused of corruption, have to grant permission to prosecute themselves or their accomplices in the bureaucracy? If and when permission is given, the very accused have an oversight on the agency investigating them. As the saying goes, “The fence is eating the crop.”

Smelling blood and with the elections round the corner, the BJP and its senior leadership jumped in for the kill and sanctimoniously attacked the UPA and supported the Anna movement. The Manmohan Singh government caved in grudgingly and passed the Lokpal and Lokayukta Bills. The country went into raptures. A new era of governance was on the horizon.

There was a sting in the tail though. The CBI was kept out of the Lokpal’s purview. The wily old politicians had worn out and outsmarted Anna and his team. Anna gave in and broke his fast. He had to live to fight another day.

The passing of the Lokpal and Lokayukta by the Congress-led UPA was too late. They could not reap its dividends. Modi rode to power triumphantly in the 2014 elections. 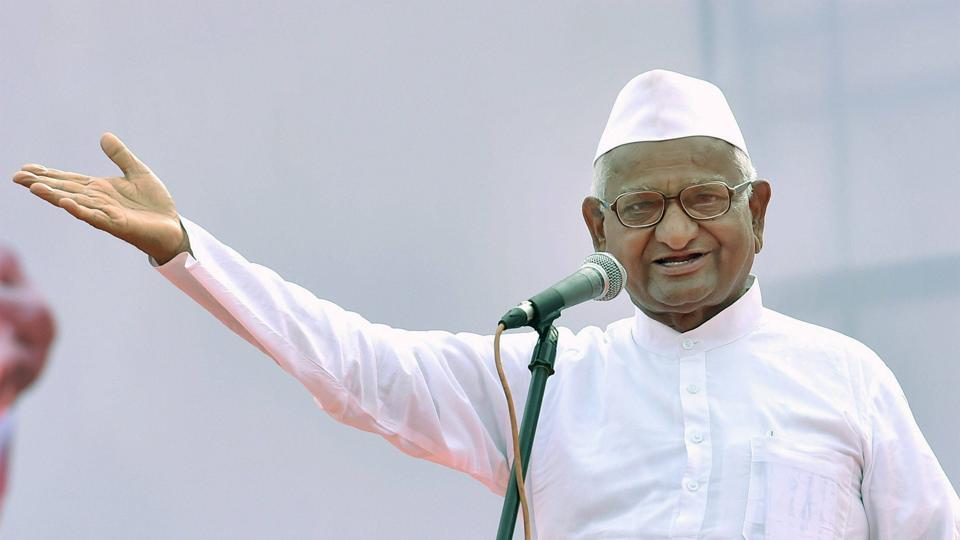 The hapless CBI and its controversies

The hapless CBI has been plunging headlong from one controversy into another after the Modi government came to power. To quote Anna Hazare, “The BJP came to power on riding the wave of goodwill generated by the Anna movement against corruption and is now ungrateful and is forgetting it soon after taking over the reigns of government.”

The CBI’s reputation is now sadly besmirched with internal feuds. The latest showdown in Kolkata, locking horns with Mamata Banerjee and the state police, has dragged it in the mud further. It is paralysed and caught in a vortex of political maelstrom. They are in the cross hairs of the fiery West Bengal CM.

Other chief ministers, past and present, like Kejriwal, Mayawati and Akhilesh Yadav are self-righteously accusing the Modi government of misusing the CBI and settling political scores. There is credibility in those charges. But it’s not just the CBI at the Centre that is under the cloud for being abused by the people in power. It should be pointed out that all chief ministers are notorious for using the state investigating agencies like the CID and the Anti Corruption Bureau (ACB), apart from the blatant misuse of the state police.

This is why Anna repeatedly said during his crusade in Delhi, that he was not demanding a change of government, but insisting on systemic changes. He intuitively prophesied that a new government would also be corrupt without these structural reforms. He wanted the CBI to come under the Lokpal’s purview and the ACB and CID under the Lok Ayukta’s.

His latest fast, though he’s not in good health, that concluded on February 5 in Ralegaon Siddhi, was against the ruling party for delaying the appointment of the Lokpal’s members, even after nearly five years in power. He also protested against Maharashtra chief minister Devendra Fadnavis for not appointing members of the Lok Ayukta.

Prime Minister Modi, in a recent election rally, bemoaned that the Congress government unleashed the CBI and IB on him when he was the chief minister of Gujarat. He claimed these institutions were misused for over ten years and that the agencies tried to frame him for the killings and arson during the Gujarat violence.

The 2019 parliament elections are round the corner. As we have seen in the past, no one, not even the learned psephologists, can predict the roll of the dice by the uncanny Indian electorate.

Should fortune not smile on the present NDA government, at least it can breathe a sigh of relief, taking moral comfort that it won’t have reason to blame the new government for setting the CBI on them.

“Fortune is a right whore,” said John Webster. She often gives. She also takes away all in one fell swoop. It may be an opportune time for the present government to set the ‘caged parrot’ (a sobriquet earned by the CBI from the Supreme Court during UPA II) completely free and bring it under the Lokpal, so that it can not only freely and truly serve the people in an impartial and bipartisan way, but also be seen to be above suspicion.