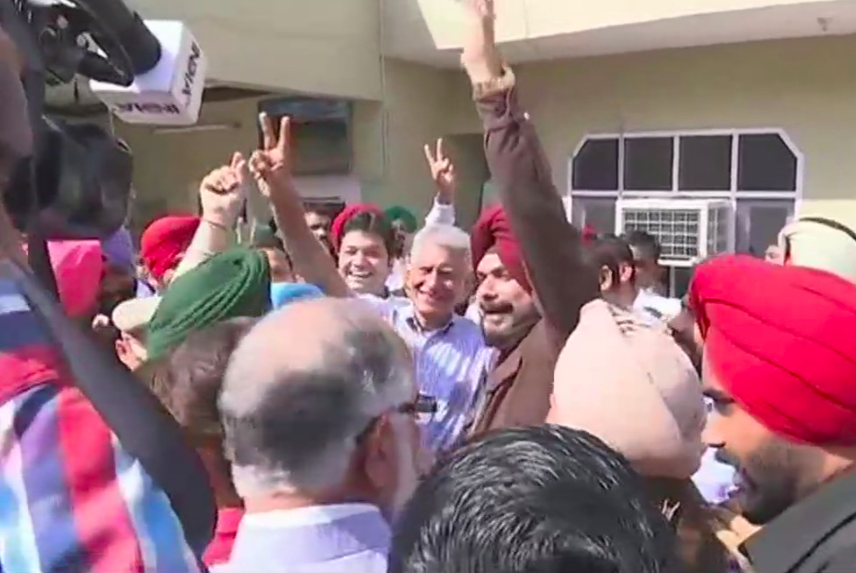 The seat had fallen vacant after the death of BJP MP Vinod Khanna in April this year.

The Congress won this seat for the first time since the 2009 Lok Sabha poll, when Congress candidate Partap Singh Bajwa had defeated BJP candidate Khanna. Khanna was a four-time MP from Gurdaspur Lok Sabha seat. The actor won this seat in 1998, 1999, 2004 and 2014.

An elated Jakhar thanked voters for the resounding victory in the by-poll. “With this victory, people have reaffirmed faith in the leadership of Amarinder Singh,” said Jakhar. “This is a victory for the Congress and Capt Amarinder Singh.”

Congratulating Jakhar, the Punjab chief minister said it is a victory for the development agenda.

Congratulations to @sunilkjakhar ji for his impressive win in #Gurdaspur bypoll, it’s a victory for @INCPunjab policies & development agenda

The #Gurdaspur by-election marks another major step in the revival of @INCIndia, it’s clear that party is on upswing ahead of 2019 LS polls

After trends suggested a massive lead for the Congress, party workers assembled at the party office in Chandigarh and started distributing sweets and danced.

Talking to reporters, state cabinet minister Navjot Singh Sidhu said, “We have sent a beautiful Diwali gift packed with red ribbon to our would-be president Rahul Gandhi because it sets the tone…It will be a shot in the arm for the Congress.”

“This (victory) is a big slap on the face of ‘jija -saala‘ (SAD chief Sukhbir Badal and Bikram Singh Majithia). Today BJP will realise that Akali Dal in Punjab has become a burden. Time and again people have reprimanded them. It will be demoralising and send them (SAD-BJP) packing,” said Sidhu.