The former PM also said the party was not opposed to V.D. Savarkar, whom the BJP wants to award a Bharat Ratna to, but is against his Hindutva ideology. 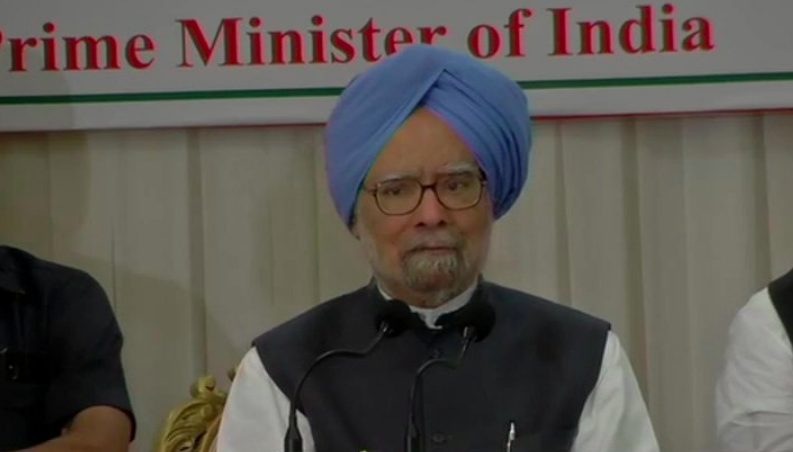 New Delhi: Carrying forward Congress’s line of supporting the Centre’s decision to read down Article 370 in Jammu and Kashmir while opposing the manner in which it was brought about, former prime minister Manmohan Singh on Thursday sought to remind the media that the party had voted in favour of the scrapping of J&K’s special status.

Singh, however, highlighted the particularly “high-handed” manner in which the BJP government went about its decision and said the Congress did not need a certificate of patriotism from anyone.

Singh’s comments, at a press conference in Mumbai on Thursday, come against the backdrop of Prime Minister Narendra Modi and the BJP harnessing Congress’s alleged opposition to the Article 370 decision in their election campaign in Maharashtra and Haryana.

Earning the goodwill of the people of Jammu and Kashmir was necessary before such a move, the former prime minister said.

“Congress voted in favour of the move in parliament, not against it. Congress feels that Article 370 is a temporary measure, but if a change is to be brought, it has to be with the goodwill of the people of J&K,” he said.

The economist-turned-politician also said that agencies such as the Enforcement Directorate (ED) should not be used to settle “political scores”.

The ED, under the NDA regime, has got more powers than ever, and should not be used for political vendetta against leaders of “different hues”, he said.

“Our hope is these powers will be used not to settle political scores,” he said, expressing confidence that the government will do justice to NCP leader Praful Patel.

Asked about the BJP’s poll promise of a Bharat Ratna for V.D. Savarkar, who was an accused in the Mahatma Gandhi assassination case but acquitted, Singh said the Congress only opposes Savarkar’s Hindutva ideology.

“(But) we are not in favour of the Hindutva ideology that Savarkar ji patronised and stood for,” Singh said.

Singh also hit out against the NDA government’s Citizenship Amendment Bill, calling it a divisive move that discriminates against the Muslims by facilitating Indian citizenship for persons of all faiths except Muslims.

He also claimed that for the first time in the history of Parliament such a divisive bill has been tabled.

On the National Register of Citizens (NRC) exercise in Assam, Singh said the BJP expected that it will exclude Muslims, but 12 lakh out of the 19 lakh people who could not establish their citizenship status were Bengali Hindus.

There is a need to look at things in a objective manner in matters such as the NRC, and while people would want to identify foreign nationals and ensure they do not get any benefits, we need to look at the issue with full sympathy as a “human problem”, Singh said.

The Congress does not need anyone’s certificate about its patriotic credentials, as its record during the freedom struggle is well-known, he said, adding that the BJP or its parent RSS were not part of the nationalist movement.