The Congress called the government “anti-people” and said it wants to burden the common man with fuel price bills, whether it is petrol, diesel or gas. 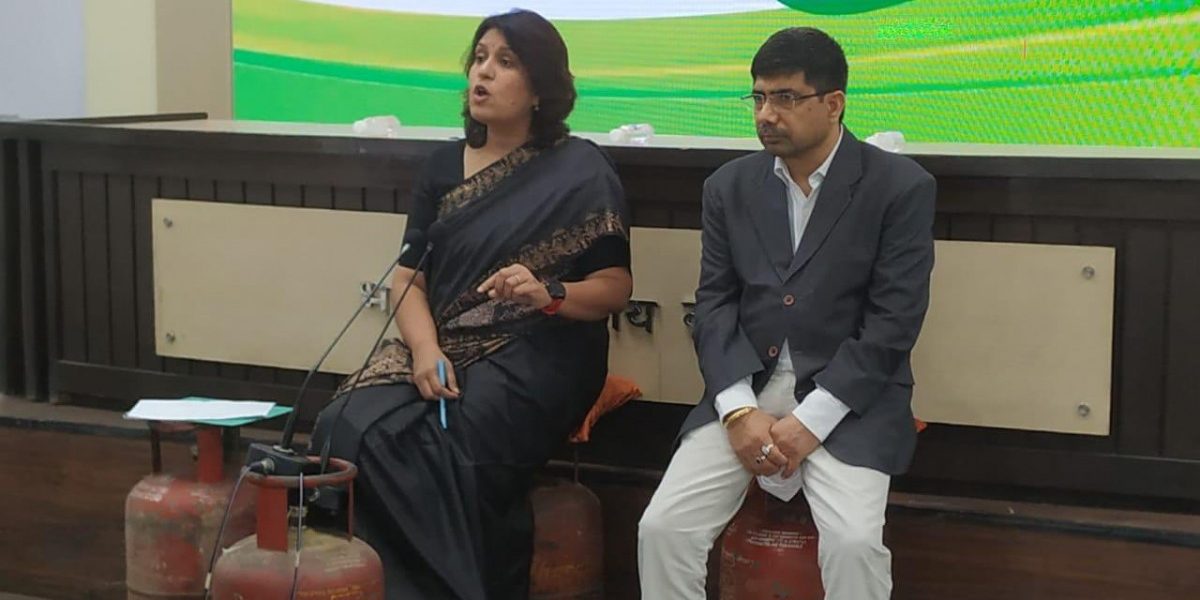 New Delhi: In an unusual protest against the LPG price hike, a Congress spokesperson on Thursday conducted a press conference sitting on an empty cylinder as the party accused the Modi government of being “anti-people”.

The Congress’s attack on the government came after cooking gas price was hiked by Rs 25 per cylinder across all categories, including subsidised fuel and those availed by Ujjwala scheme beneficiaries.

Hitting out at the government, Congress general secretary Priyanka Gandhi Vadra said price of domestic gas cylinder has been increased by Rs 200 in the last three months, and petrol and diesel prices have moved “towards hitting diesel century”. “The pitch of the Modi government, which is batting for billionaire friends on both ends of the economy, is full of high prices and inflation for the common people,” Priyanka Gandhi said in a tweet in Hindi using cricketing analogy.

Later, at the party press conference on the LPG price hike, Congress spokesperson Supriya Shrinate and party secretary (communication) Vineet Punia sat on empty cylinders to register their protest against the government move. The mic was also kept on a gas cylinder. In a lighter vein, Shrinate also quipped that going forward this would be the use of cylinders as it was not affordable to get them refilled.

Slamming the government, she said, “Mr Modi likes to get stadiums named after him, but the only century he has scored is perhaps in the price of petrol shooting above Rs 100 a litre.” Shrinate said, “Why are you [government] anti-people? Why are you raising prices? Why are you not rolling back the excise duty hikes?”

She alleged, “This government did not just increase prices but they [also] lie through their teeth.” Prime Minister Narendra Modi blames rise in crude oil imports on the Congress-led United Progressive Alliance, but the truth is that crude oil imports have gone up from 83% in “our tenure to 88% in their tenure”.

The government wants to burden the common man with fuel price bills, whether it is petrol, diesel or gas. She asked why the government is not rolling back excise duty, why it is lying about import of oil and why it is “anti-poor” and “anti-people”.

A 14.2-kg cylinder in Delhi now costs Rs 794 as against Rs 769 at which they were supplied on Wednesday, according to a price notification from state-owned fuel retailers.

LPG is available only at one rate, market price, across the country. The government, however, gives a small subsidy to select customers. However, this subsidy has been eliminated in metros and major cities through successive price increases over the past couple of years. So in places like Delhi, there is no subsidy paid to customers and all LPG users pay a market price of Rs 794.