The Congress Must Transform to Rebuild the Opposition

Despite several electoral setbacks, the Congress has shown concrete transformations on several fronts. In order to ensure a viable future, the party needs to make concerted efforts on these fronts and more. 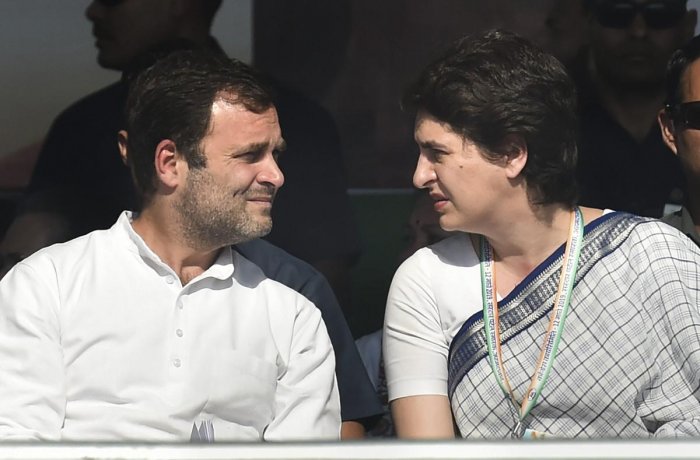 That the fate and future of the Indian National Congress seem bleak is beyond doubt. Successive electoral defeats, coupled with the exits of multiple notable leaders, has put the Congress in an existential crisis.

Incessant factionalism has been a trademark feature of the ‘Grand Old Party’ from the time of its inception. The Congress has seen a lot of high-profile organisational splits and exits throughout its history. At each of these critical junctures, the party had some leader who commanded enough authority within and beyond the organisation to guide the ship out of turbulent waters.

However, there was always an anchor in the form of the Gandhi family, which would step in whenever the structure of the party was put into question. The contemporary crisis that the Congress faces is due to the fact that the Gandhi family no longer enjoys the same popularity among the masses that it once did.

Even despite electoral setbacks, however, there are concrete instances of the party’s transformation on multiple fronts. In this article, we identify six such fronts that the Congress would have to make concerted and dedicated efforts on in order to ensure a viable future for the party.

Engagement with the caste question

Right now may be the first time in the history of the party that all of the Congress’ chief ministers come from Bahujan backgrounds. The announcement of Charanjit Singh Channi as its chief ministerial candidate in Punjab can also be considered a bold move, especially in an era when the Bahujan Samaj Party (BSP), as a force, is on a historical decline.

It Congress has also been instrumental in devising a wide array of schemes and programmes for historically marginalised communities, including the decision to implement reservations for Other Backwards Classes (OBC) in educational institutions.

In such a scenario, while the Bharatiya Janata Party (BJP) plays the OBC card pretty well, the reluctance of Congress to seriously engage with and communicate its own past record seems all the more surprising. The demand for a caste census gives it a golden opportunity to go on the offensive against the ruling dispensation and present itself as a party which takes care of the larger interests of the Bahujans.

With the growing realisation that upper castes are firmly behind the BJP, the Congress should focus on those social constituencies among which it has numerous voter groups to penetrate.

Engagement with the Muslim question

The party needs to seriously consider why its well-publicised stands in favour of minorities – be it Priyanka Gandhi’s activism during the anti-Citizenship Amendment Act (CAA) movement in Uttar Pradesh or other such issues – is not translating into a consolidation of Muslim electorates behind the party.

Muslims constitute 20% or more of the population in at least 197 of the 545 Lok Sabha constituencies. In an electoral system wherein a party can secure a win in a constituency if it manages to get 30-35% votes from it, the Congress needs to seriously engage with the Muslim question. It needs to rework its strategy in order to rebuild its old electoral base, in which Muslim voters constituted the major chunk.

Engagement with the women question

The Congress’s bold move to reserve 40% of its electoral tickets in Uttar Pradesh for female candidates could prove to be a masterstroke, by bringing the gender cleavage to the political fore. However, whether this strategy is merely an electoral gimmick or the party really is concerned about the participation of women in politics, only time will tell.

If the party is serious about the women question, it needs to seriously reorient the party structure and put in place institutions that promote women’s participation. The presence of woman leaders, such as Sonia Gandhi and Priyanka Gandhi, at the helm coupled with its ‘first-mover advantage’ of politicising the issue has the potential to yield long-term benefits if handled seriously.

The party needs to work upon building its own distinctive model of governance by putting forth the work it has done in the states where it is in power. If Modi can leverage his ‘Gujarat model’ and the Aam Aadmi Party (AAP) can sell its Delhi model, why can’t the Congress put forth its brand of governance from Chhattisgarh or Rajasthan as an alternative model to be replicated at the national level?

The Ashok Gehlot-led Rajasthan government has already taken a huge stride in this regard by re-introducing an old pension scheme for government employees. Attacks on individual capitalists need to be combined with an alternative model of capitalist development that can keep a check on blatantly neo-liberal policies in order to divert maximum possible resources to social welfare policies. Implementing its own promise of the NYAY scheme in Congress-ruled states can also be a viable option in this regard.

The party needs to realise that the era when roping in local notables was enough to win an election is long gone. In the last decade, with the boom in information technology, elections in India have become highly localised. The Congress’s biggest challenge here lies in rebuilding itself from a mass party to a party that incorporates some of the features of a cadre-based party. Building an internal political action committee which is engaged full-time in such work can surely help.

The party also needs to think of strategies to localise the party so that it can counter the unbreakable booth-level management committee that the BJP has built.

While every party wants to expand its presence beyond its strongholds, one needs to be ‘street-smart’ in doing so. Expending energies in states in which it has bleak chances, coupled with a severe resource crunch, has created insurmountable problems for the Congress.

One of the key reasons various regional parties are reluctant to join hands with the Congress stems from the formers’ fear that in the name of an opposition alliance, the Congress may eat up their own base; a strategy which the Congress re-adopted after the 2009 polls. The party must realise that it is in an existential crisis and it can not afford to further estrange regional parties. Regional parties, on the other hand, must understand the fact that there cannot be any viable national alliance without the Congress.

To do so, the party should invest its energy and resources only in those states where it is in direct contest with the BJP. The Congress revival in these states is central to dethroning the National Democratic Alliance (NDA) regime at the centre. Counterintuitively, Rahul Gandhi’s move to not campaign in West Bengal and Uttar Pradesh seems to be a step in the direction.

Supriy Ranjan and Pankaj Kumar are PhD candidates at the Centre for Political Studies, Jawaharlal Nehru University and are associated with Peoples Pulse, a Hyderabad-based Research organisation. They can be contacted at ranjan.supriy@gmail.com and pankajkumar0316@gmail.com, respectively.