Congress Should Remember, There Is No Turning Back on the ‘Soft Hindutva’ Highway

The grand old party needs to do some course correction if it doesn’t want to become a pale shadow of the BJP. 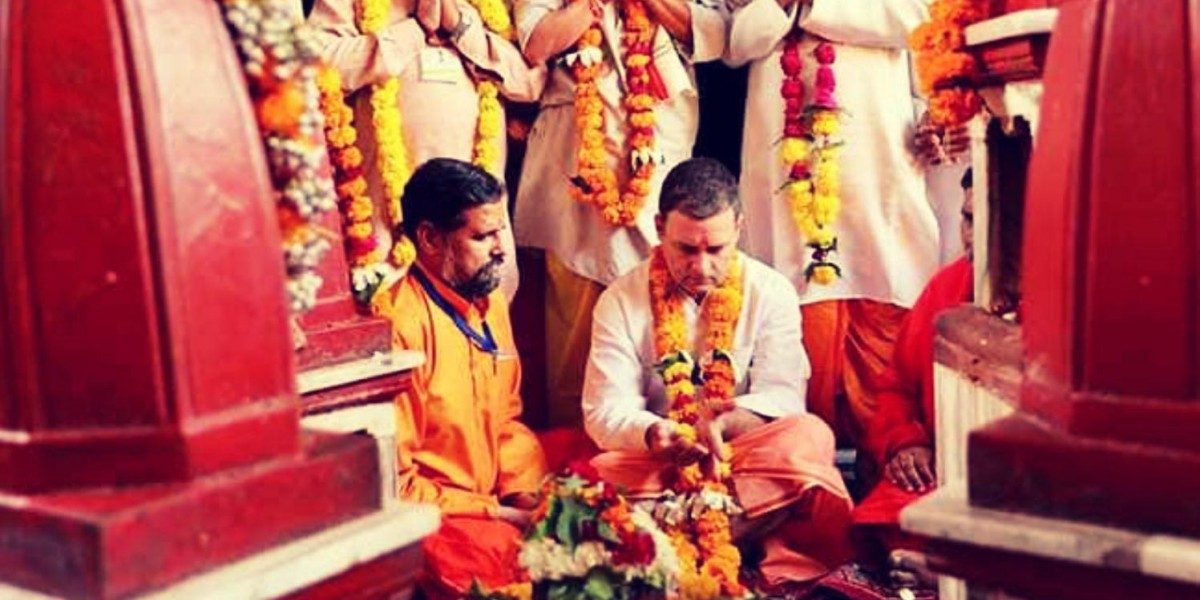 The Congress was well poised to take on the government on Hindutva, but its response has been weak and listless. Credit: Twitter/INC

The Congress is being accused of indulging in a ‘soft Hindutva’ strategy to woo Hindu voters – so goes the accusation against the party, for which secularism has been a fundamental tenet for most of its existence. Now, say its critics, the party, right from the top, is sending out signals about its commitment to ‘Hindu causes’, mainly by creating photo-ops.

Thus, the party president visits temples, the national party leadership mildly expresses a difference of opinion with the Kerala unit’s support to the Sabarimala temple which is defying a Supreme Court order to allow women inside and its spokesmen declare that the Rahul Gandhi is a ‘janeu-dhari (sacred thread wearing) Brahmin’. All this to assure the Hindus – at least the upper castes among them – that the Congress is not against them and is no longer as robustly for the Muslims as in earlier times.

This, the party strategists no doubt believe, will assuage not just the anxieties of the Hindu upper castes, who have always harboured a suspicion of the Congress, but also stave off accusations by the BJP that the grand old party is soft on Muslims. The Congress think tank, not particularly burdened by history or even the party’s core ideology, appears to have come up with this plan to outflank the BJP, thus taking away the sting of the Sangh parivar that the Nehru-Gandhi family members are not just pro-Muslim, but perhaps also Muslims themselves. There are countless WhatsApp messages saying just that, which credulous people are ready to believe.

Also read: Is Populism Synonymous with the Right-Wing?

Thus, the Congress may well rationalise – an argument that is reasonably valid – that it is an instrumentalist tactic to win over the electorate and that all is fair in elections. This does not mean that the Congress will turn to the kind of hard Hindutva practiced by the Sangh parivar – it will not subvert institutions, it will not change history books and as for the minorities, their interests will not be compromised. The Congress is still committed to taking along everybody and if anything, will go that extra mile to help the weak and the marginalised.

Under the banyan tree that was Jawaharlal Nehru, all kinds of opinions prospered, some in rabid opposition to each other.

The Congress has always been all things to all people. It is more an umbrella organisation harbouring different views and interests that often appear at odds with each other. During the freedom movement and after India became independent, it had stalwarts who were right wing and others who were socialists. The upholders of Hindu interests rubbed shoulders with secularists. Some spoke up for the country’s industrialists, some wanted to nationalise big industries. Under the banyan tree that was Jawaharlal Nehru, all kinds of opinions prospered, some in rabid opposition to each other. It was the original coalition, representing India in all its glorious diversity.

This flexibility allowed it to take positions and institute policies that appeared to be totally contradictory to each other. In the late 1960s and early ‘70s, the Indira Gandhi government nationalised banks and oil companies and took an even sharper Left turn in its economic policy – the young turks, socialists all, were gunning for big business groups and by all accounts, Mrs Gandhi encouraged them to speak out. Yet, in 1993, the Narasimha Rao government introduced widespread economic reforms, liberalising the economy and doing away with the licence-permit raj. Under UPA-I, the government pursued the reformist agenda but at the same time, it set up MGNREGA, one of the most ambitious social welfare schemes ever. Deep down, the Congress has always been a party with a socialist heart and has never failed to remind this to its more economically liberal leaders.

With secularism, the relationship has been more complicated. The Muslims had faith in the Congress for a long time, but slowly grew disillusioned and began looking elsewhere. Serious riots took place under the Congress’s watch and perhaps the party’s most shameful hour was the massacre of innocent Sikhs after the assassination of Mrs Gandhi in 1984. The ad campaign of the time blatantly suggested that a section of the minorities was not to be trusted – the party cannot and should not be proud of it. The Babri Masjid came down on Rao’s watch.

Muslims today are being made to feel unwanted, second-class citizens at best, who can exist in the country only subject to them accepting their lower status.

But despite its serious transgressions, the Congress has never openly advocated an anti-minority line. The all-round and vicious assault on the minorities, as is being witnessed now, was never seen before 2014, not even under the Atal Bihari Vajpayee government. The Congress has much to answer for, but no partyman or woman ever gave statements and sound bites against Muslims. Muslims today are being made to feel unwanted, second-class citizens at best, who can exist in the country only subject to them accepting their lower status.

In this venal environment, what was needed was an all-round attack and condemnation of what this government and the entire ecosystem around it – the Sangh parivar, including the head office and the sundry subsidiary organisations – has engendered in India. The BJP and its masters have made no secret of how much they abhor secularism and have done everything in their power to discredit it, warning even that they are ready to do away with the very term in the constitution. That noble document, as it stands today, is the only thing that lies between them and a Hindutva rashtra that will surely follow should the party return to power in strength.

The Congress was well poised to take on the government on Hindutva, but its response has been weak and listless. Rahul Gandhi has tried to point out the difference between Hinduism and Hindutva but that is not enough – instead of scoring semantic points, he would have done better if he had strongly repudiated the very idea of invoking religion for politics. Instead he and his party are doing everything to create optics around Hinduism.

The grand old party must realise that this move away from its fundamental tenets is not merely for the short term. It will find it difficult to switch back and talk about secularism. The constituency it is appealing to – upper caste Hindus – will demand that the party remain on that path and the vulnerable minorities will lost faith in it for a long time. It’s time that the Congress did some course correction if it doesn’t want to become a pale shadow of the BJP and give up everything it once stood for.