By Going Solo in UP, Congress Demonstrates Its Penchant for Suicide

Apart from the two Nehru family bastions of Amethi and Rae Bareli, the Congress is unlikely to win any seats in the Lok Sabha polls. 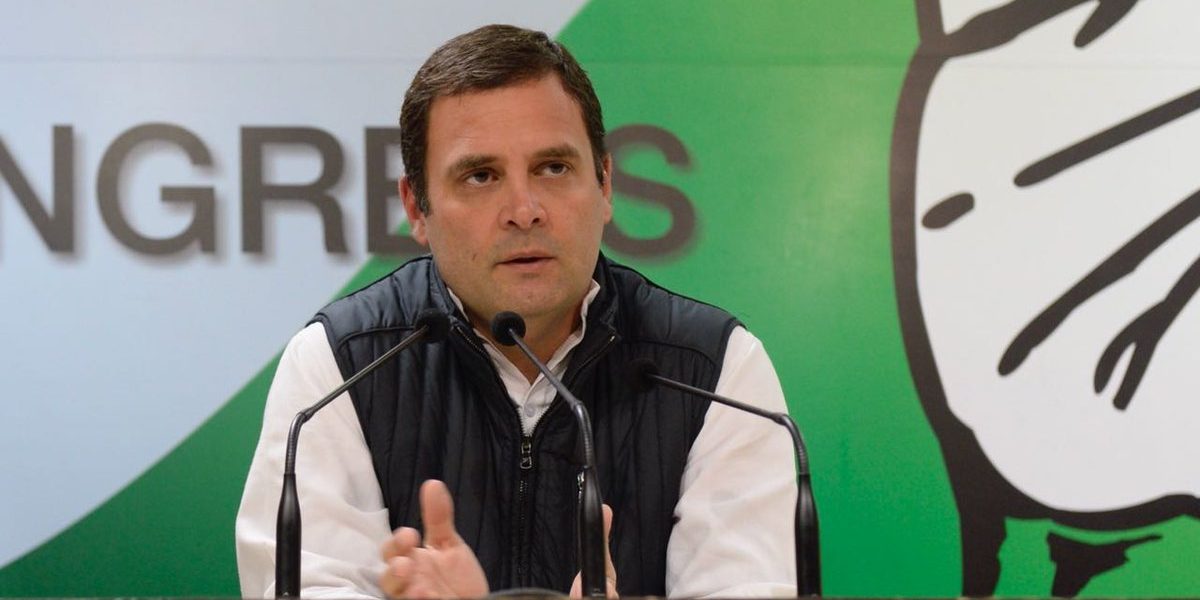 Until a month ago, I had firmly believed that the BJP’s days in power were numbered. The threat it posed to the future of not only the nation but to rival political parties whose leaders it has been hounding since the day it came to power, had been recognised.

I believed therefore that gradually but unmistakably, the outlines of a ‘grand coalition’ to save democracy had begun to emerge from the mists of the future. Other than pushing the BJP out, the coalition had no clear programme of action. It also had no leader whom it could pit against Modi on the billboards as the election approached. Most importantly, the distribution of constituencies between them still lay in the future. But one thing was beyond doubt: if it survived, the sheer weight of its numbers would push the BJP to an epic defeat.

That defeat has begun to look distinctly less likely today. The reason is not second thoughts among the smaller parties, but the revival of overweening ambition within the Congress. The obvious sign is its January 13 decision to fight both the BJP and the SP-BSP coalition in UP.

The Congress has presented this as a reaction to being shut out of UP altogether by the BSP-SP combine, which did not offer it a single seat. In reality, the BSP and SP’s action the previous day emerged from a failure to bridge the wide gap between the ten seats in UP that the Congress had initially demanded and the seven it was willing to settle for, and the two that the SP-BSP were prepared to give it – the traditional Nehru dynasty seats of Rae Bareilly and Amethi.

To breathe new life into the state party unit, Rahul Gandhi promised to bring new dynamism – what he described as a “440-volt jolt” – to the party’s organisation in UP. His secret weapon has turned out to be his sister, Priyanka Gandhi, whom he has appointed the general secretary for eastern UP. She will have the final say in the choice of candidates for eastern UP and will campaign vigorously for the party in that part of the state at the very least.

Rahul will be relying upon her palpable honesty and commitment to the nation, her physical resemblance to her grandmother Indira-amma and her appeal to women voters, to turn the tide in the Congress’ favour.

All these factors will undoubtedly play some role in the choices of the voters. But will they suffice to restore the grand old party’s pre-eminence in UP? To have a chance of taking a majority of the seats away from the BJP and SP-BSP combine, the Congress needs not only to raise its share of the vote from 7.53% in 2014 to at least 35%, but to take it equally from the BJP and the SP-BSP combine. One look at the voting pattern in eight statewide elections over the last twenty years, four for the Lok Sabha and four for the vidhan sabha, shows that the task is not well-nigh, but absolutely impossible.

Let us take the BJP first. Its vote jumped from 17.5% in the 2009 Lok Sabha elections to 42.6% in 2014, and from 15% in the 2012 vidhan Sabha elections to 39.7% in the 2017 elections. These colossal increases were a product of the ‘Modi wave’, which was made up in equal parts of disappointment with the Congress during the last three years of UPA rule and belief in the grandiose promises that Modi was making. This wave has now visibly declined.

Since almost 11 points of the 25% increase in its share of the vote in 2014 came from the Congress, Rahul and his advisors obviously believe that this can be brought back to the party. But one look at the BJP’s share of the vote in the 2017 vidhan sabha elections shows that this would be wishful thinking. For despite losing every single bye-election to the vidhan Sabha to the Samajwadi party between 2014 and 2017, and despite the shock of demonetisation, the BJP still held on to 39.7% of the vote in 2017, less than 3% fewer than in 2014, capturing 312 out of UP’s 404 vidhan sabha seats.

The reason for the anomalous result was that since Mayawati did not contest any of the bye-elections to the vidhan sabha in this period, nearly all the BSP vote went to the SP. But Mayawati came back into the fray in 2017 determined to defeat not only the BJP but also the SP, all on her own, and fought the SP for every seat.

To make matters worse she specifically tried to woo away the Muslim vote, by putting up 100 Muslim candidates. Akhilesh Yadav was forced to follow suit with a somewhat fewer number. This played into Amit Shah’s hands: all he had to repeat tirelessly throughout the campaign was that if the caste Hindus did not stand solidly behind the BJP, the Muslims (backed by Dalits or OBCs), would come to power.

The coming together of the SP and BSP will harden this sentiment in UP. So it would be folly to expect any further decline in the BJP’s vote. But if the BJP’s vote is unshakeable, what about the SP and the BSP? The answer is that shaking this bastion of caste sentiment is even more difficult than shaking that of the BJP. The combined share of the two parties has ranged from 44-56% in the vidhan sabha and 42-51.5% in the Lok Sabha over the past 20 years.

It is also worth noting that even during the Modi hurricane of 2014, the combined vote of the two parties was less than half a percent short of that of the BJP. In the 2017 state elections, despite being routed in the number of seats they gained, their share was 5.5% higher than the BJP’s. With Dalit votes having gone consistently to the Samajwadi party or the Rashtriya Lok Dal in bye-elections between 2014 and 2018, it is a safe bet that these votes simply aren’t transferable to any other party.

Two other questions remain: Whom can Congress reach out to in UP with any hope of gaining their support and how strong is the Priyanka factor likely to be?

As to the first, one group that may still not have made up its mind is the twenty-odd million young voters who will be voting for the first time this year. After eight years of jobless growth, demonetisation and the bungled GST, and after Modi has failed to fulfill any of the promises he made to the electorate in 2014, it would be surprising indeed if these were not looking for a new party with a different and credible programme for reviving the economy, restoring the rule of law, cleansing politics and making the state accountable to the people, to which they can anchor themselves.

But even if Rahul Gandhi has such plans , he has not taken the people into his confidence so far and with the elections only months away, the time for doing so is all but lost.

As for the second, bringing in Priyanka only months before the next elections is an admission of despair. Is the collective memory of the Congress so short that it does not remember what happened when it tried to do exactly the same thing with Rahul Gandhi in the 2007 vidhan sabha elections?

On that occasion, Rahul had at least worked in UP as the secretary of the youth wing of the party and tried specifically to induct youth into the Congress. The Congress had convinced itself then too, that Rahul would work the miracle of reviving the Congress in Uttar Pradesh. Instead, the party’s vote share went down from 8.96% in 2002 to 8.61% in 2007.

Also Read: With Priyanka Gandhi’s Induction, Rahul Proves He Is Also a Pragmatist

So what will fighting all the seats alone actually achieve for the Congress? The answer is brief and depressing – nothing. The most that it will get is the two seats it already holds and the SP-BSP combine was willing to offer it – Amethi and Rae Bareli. What then is it risking by going it alone? Again the answer is depressing – the very future of the congress party.

In 2014, the size of the victory in both constituencies, but in Amethi in particular, was assured for the Congress by the Samajwadi party not putting up a candidate for either seat. If it and BSP jointly field a candidate now, there is a possibility that the BJP, which made a strong showing in Amethi in 2014, could walk away with the seat. Rahul Gandhi is therefore risking his own seat and the political future of his family, which means also of the Congress party, in the one state where he has the least chance of winning.

Would even the most addicted and reckless gambler in a casino risk his money against such odds?