Election for Congress President on Oct 17, Filing of Nominations to Begin on Sept 24

The meeting of CWC, the Congress' highest decision-making body, took place amid a fresh upheaval in the party due to the shock resignation of veteran letter Ghulam Nabi Azad. 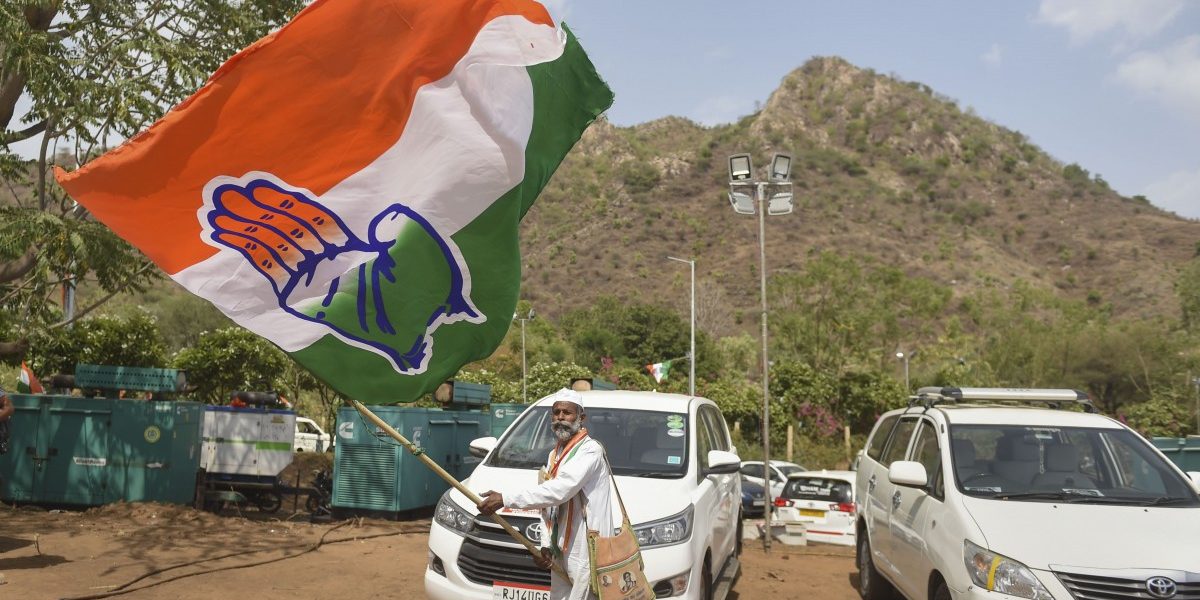 New Delhi: The Congress Working Committee on Sunday, August 28, decided to hold the election for the party’s full-time president on October 17.

The notification for the election will be issued on September 22, while the filing of nomination would begin on September 24 and continue till September 30, the party’s central election authority chairman Madhusudan Mistry told reporters after a nearly 30-minute meeting of the CWC.

The election, if there is more than one candidate, will take place on October 17, while counting of votes, if necessary, and the declaration of results would be on October 19.

The meeting of CWC, the Congress’ highest decision-making body, took place amid a fresh upheaval in the party due to the shock resignation of veteran letter Ghulam Nabi Azad on Friday and his letter to party president Sonia Gandhi in which he lashed out at Rahul Gandhi for “demolishing the party’s entire consultative mechanism”.

The Congress, dealing with the fallout of a series of high-profile exits, including that of Kapil Sibal and Ashwani Kumar, has attempted to deflect the latest blow by alleging that Azad’s DNA had been “Modi-fied” and linking his resignation to the end of his Rajya Sabha tenure.

The online CWC meeting started at 3:30 PM with Sonia Gandhi, who is abroad for medical checkups, presiding over it, flanked by former party chief Rahul Gandhi and Priyanka Gandhi Vadra.

Party sources had earlier said the process of the election of the president will be delayed by a few weeks, not more than that, and the party should have a full-time president in October.

The Congress had announced in October last year that the election of the new party president will be held between August 21 and September 20 this year.

The CWC had last year decided that elections for block committees and one member each of state Congress units will be held from April 16 to May 31, district committee chiefs will be elected between June 1 and July 20, state chiefs and AICC members between July 21 and August 20, and AICC president between August 21 and September 20.

The sources had said the election of the Congress president is likely to be delayed by a few weeks with the party focused on the Kanyakumari to Kashmir ‘Bharat Jodo Yatra’ starting September 7 and some state units not completing formalities.

The meeting comes amid several leaders, including Gehlot, having publicly exhorted Rahul Gandhi to return as the party chief. However, uncertainty and suspense continue on the issue.

Several party insiders say Rahul Gandhi is persisting with his stance that he will not be the AICC president.

Gehlot on Wednesday had sought to play down reports about him being the frontrunner for the Congress president’s post and said efforts will be made till the last minute to persuade Rahul Gandhi to take over the reins of the party again.

Gehlot’s remarks had come a day after he met Congress chief Sonia Gandhi, triggering the buzz that the two may have discussed the possibility of him being the next party president.

Rahul Gandhi had resigned as Congress president after the party suffered its second consecutive defeat in parliamentary elections in 2019.

Sonia Gandhi who took over the reins of the party again as interim president had also offered to quit in August 2020 after an open revolt by a section of leaders, referred to as G-23, but the CWC had urged her to continue.