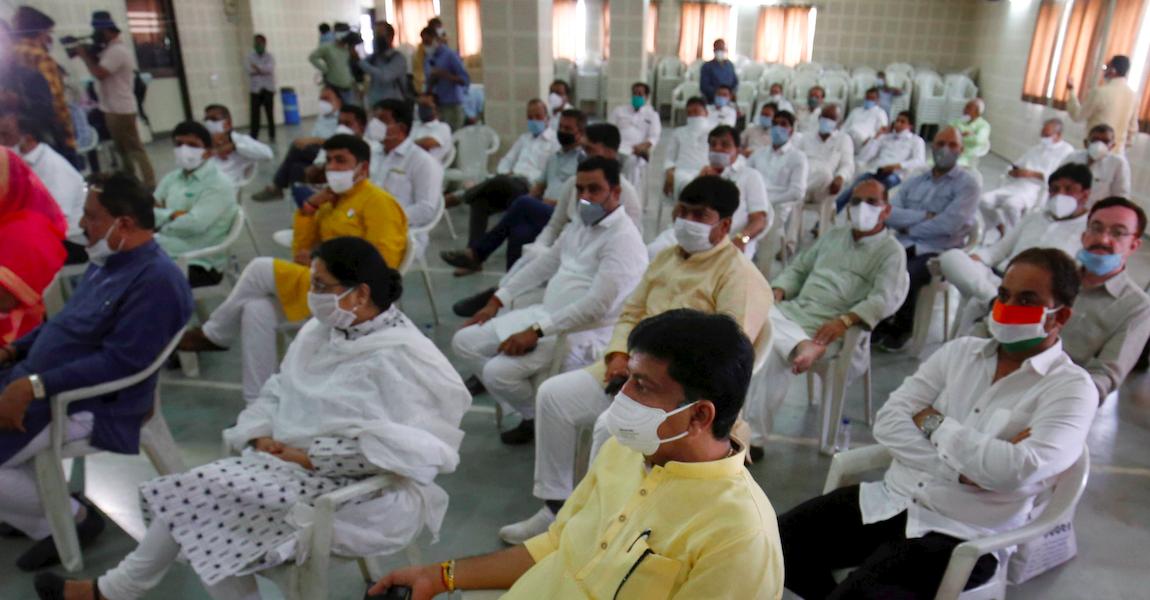 New Delhi: The Congress legislature party in Gujarat received a fresh jolt as three of its MLAs have resigned from their positions in the last two days. On Friday, Brijesh Merja, legislator from Morbi, the ceramic tile capital of India, followed Akshay Patel and Jitu Chaudhary in giving up assembly membership.

Speaker Rajendra Trivedi has reportedly accepted the resignations of all the three MLAs.

Before quitting, Merja also resigned from the primary membership of the Congress. In a letter to party president Sonia Gandhi, Merja said that he was unable to serve people while being in the party.

Merja became the eighth legislator to resign from the grand old party since March, when elections for four Rajya Sabha seats in Gujarat were announced. The depleted strength of Congress in the assembly may further dampen its prospects in the upcoming Rajya Sabha elections in the state on June 19.

Immediately after the upper house polls were announced, five Congress MLAs had resigned. In the last two days, three more have followed suit, reducing the party’s strength to merely 65 in the 182-member assembly.

The BJP had secured a narrow majority in the 2017 assembly elections with 99 seats. The Congress had finished with 81. However, over the last two-and-a-half years, a number of Congress MLAs have either switched sides or resigned. By March 2020, the Congress tally had already reduced to 73. After eight resignations over the last three months, its strength has further gone down.

The development is a severe setback to the party which had hoped to win two of the four seats in Rajya Sabha.

The party has nominated senior leaders Shaktisinh Gohil and Bharatsinh Solanki. Left with 73 MLAs, the party in March had hoped that it would be able to secure both the seats. With independent MLA Jignesh Mevani likely to support the Congress candidates, the party will still be four short of 70 votes, required to win two seats in the current assembly strength.

In this scenario, it is likely to win just a single seat, while the BJP with 103 legislators, appears set to take three.  The saffron party has fielded Ramilaben Bara and Abhay Bharadwaj until now, and will most likely nominate another candidate soon.

The Congress is likely to face similar losses in the Rajya Sabha elections of Madhya Pradesh, where following mass defections of MLAs in end March helped the BJP to topple the Kamal Nath-led government.

With these wins, BJP will be in a much formidable strength in the upper house, where it had faced great difficulties in mobilising the majority to get legislations passed.