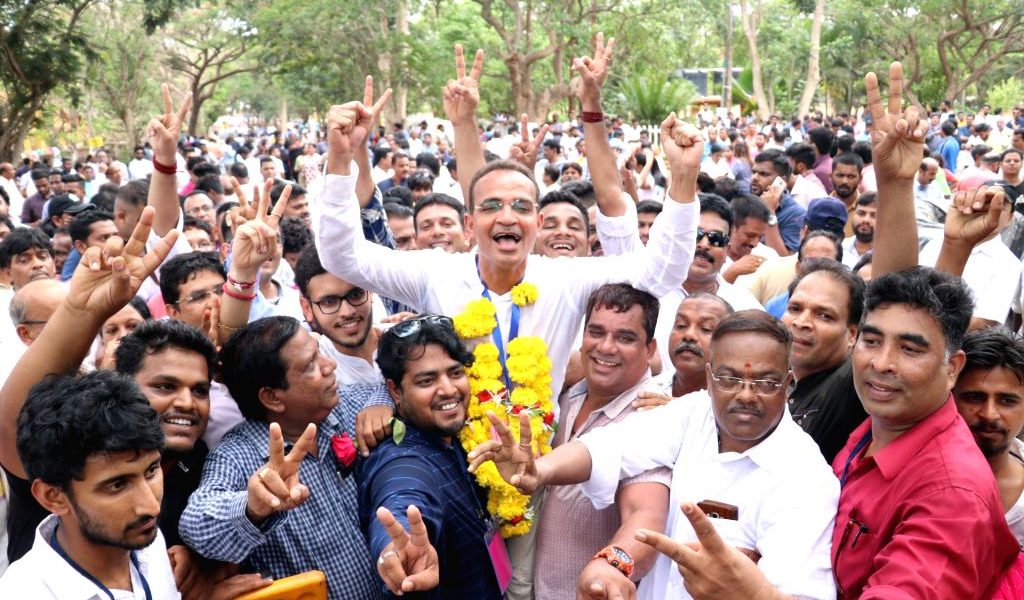 Panaji: In the Modi tsunami that’s hit the country, a little island of consolation stood out for the Congress: it managed to pull a huge upset, wresting Manohar Parrikar’s Panaji assembly seat which had been a BJP stronghold for 25 years.

The Congress last won this seat in Goa’s capital city 30 years ago in 1989. The BJP had held it since 1994 when Parrikar first made his political debut. 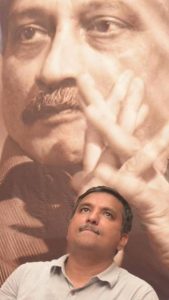 Taking a gamble on the maverick politician Atanasio aka Babush Monserrate paid off for the Congress in Panaji. Monserrate defeated Parrikar’s former aide Sidharth Kuncalienkar with a convincing margin of 1,700 votes, having lost to him by a 1,000 odd votes in 2017.

Retaining Panaji was a prestige issue for the BJP, and even chief minister Pramod Sawant threw himself into the campaign vigorously, making a last-ditch attempt to woo “Parrikar’s Catholic voters” with a lunch for a select few.

But it was the rank outsider Monserrate – who does not live in the city – who walked away with the prize, as the voter brushed off the BJP’s attempts to dredge up dirt on the Congress candidate and elected Monserrate to give his “development agenda” a try.

At the heart of the Congress campaign was the offshore casinos – six of them currently – which Monserrate promised to move out of the Mandovi River within a hundred days if the Congress comes to power in the state.

The casinos have been a sore point with residents of the city, so too the capital’s neglect and the wasteful and opaque spending for the smart city project that’s headed by Kuncalienkar.

But the Congress, which was hoping to turn the tables on the shaky BJP government with the by-elections, wasn’t able to go further than the win in Panaji.

Three other assembly seats went the BJP way. Mapusa, which fell vacant after the death of former BJP MLA Francis D’Souza, was won by his son Joshua in a close fight with the Congress. In Mandrem and Shiroda where Congress MLAs had resigned to benefit the ruling party, both seats went to the BJP, one of them by a whisker of 76 votes against the MGP candidate.

Luck did indeed smile on the BJP’s saffronisation project on counting day.

Adding three seats to the BJP’s current count of 14 seats in Goa gives Sawant a breather. But for how long? The saffron party survives on the support of the Goa Forward Party and independents – BJP has 17, GFP three and three independents in a house of 40. On the other side is the Congress with 15 MLAs, the NCP with one and the MGP with another.

Far from popular within the BJP legislature wing having trod on too many “senior” toes on the way to taking over Parrikar’s job, Sawant’s RSS background and commitment to saffron paved his way to the CM’s chair. But he’s no Parrikar when it comes to “managing the numbers”. His decision to choose Kuncalienkar, rather than Parrikar’s son Utpal to stand in Panaji may come to haunt him soon as well.

The BJP’s defeat in Panaji proves the Parrikar legacy does not abide. Despite the media hype at the national level over the former defence minister, there was deep resentment in Goa that he chose to cling to power even when he was no longer able to run a government. The BJP’s several U-turns on the casinos – which doubled in number under Parrikar’s watch – had also left a tide of resentment.

Kuncalienkar’s defeat ironically paves the way for Utpal Parrikar’s entry into politics. Goa’s next election is due in 2022.  Parrikar Jr, who tweeted his congratulations to the voter “for bringing NaMo back again and securing the country’s future”, said the loss of the Panaji seat however was “very painful”.

The Congress also managed to take back the South Goa Lok Sabha seat from the BJP though at one point, it appeared that AAP had done severe damage to Congress prospects taking away at least 5% of its vote share. The BJP retained the North Goa seat with Union AYUSH minister Shripad Naik defeating Goa Pradesh Congress committee president Girish Chodankar.