Reactions from Congress leaders have varied from celebratory to calling the outcome an ‘unmitigated disaster’. 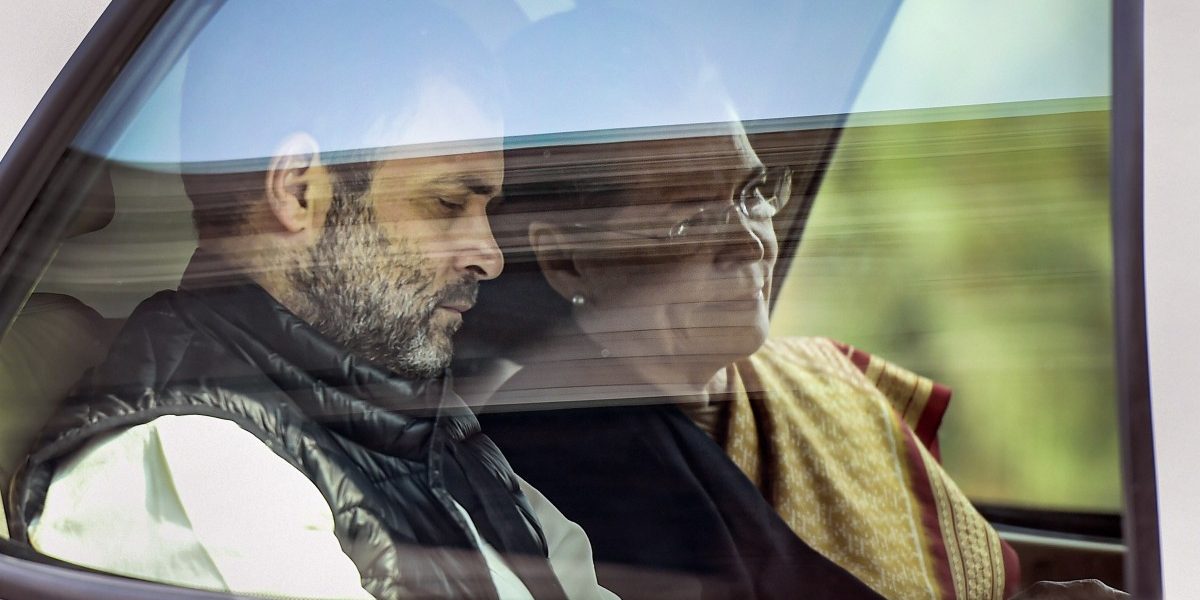 New Delhi: The Congress party received a drubbing in the recent assembly elections in Delhi, managing just 4% of the vote share and not even coming close to winning a single seat. In fact, the party lost its deposit in 63 of the 66 seats it contested in the national capital. Election rules say that if a candidate receives less than 16.67% of votes polled in a constituency, she has to forfeit the deposit paid at the time of nomination.

Not long ago, the Congress had hit its peak vote share of 40% in 2008 – the last of three elections that the Sheila Dixit-led Congress won in Delhi on the trot.

The reactions of the Congress leadership to the party’s spectacular decimation in the polls earlier this week have varied from celebratory to calling the outcome an ‘unmitigated disaster’.

On the afternoon of February 11, as it became clear that the Aam Aadmi Party (AAP) will return to power in Delhi with a thumping majority and that the Congress will draw a blank for a second time in a row, senior party leader and former finance minister P. Chidambaram tweeted to ‘salute the people of Delhi’ who, he said, has set an example that could be followed by other states that go to polls in 2021 and 2022.

The subtext, of course, was the Bharatiya Janata Party’s divisive, communal and, at times, violent campaign which tried to paint all anti-Citizenship (Amendment) Act (CAA) protests as treason and vilify the protestors as not just anti-national but even terrorists.

A day later, Sharmistha Mukherjee, who is president of the Delhi Mahila Congress and daughter of former President Pranab Mukherjee, took exception to Chidambaram’s tweet. In a tweet of her own, she wanted to know why Chidambaram was ‘gloating’ about AAP’s victory and not expressing concern over the ‘drubbing’ faced by the Congress.

“Has INCIndia (Congress party) outsourced the task of defeating BJP to state parties?” she asked. So far, no response has been reported.

“It (the Delhi election result) is an unmitigated disaster like coronavirus for the Congress,” he said.

Ramesh also stressed that the party and its leaders need to ‘reinvent themselves’. “Otherwise, we are staring at irrelevance. Our arrogance has to go, even after six years out of power sometimes, some of us behave as if we are still ministers,” he said.

Congress leader from Madhya Pradesh Jyotiraditya Scindia also echoed Ramesh’s view. “The Delhi result is highly disappointing for us. We urgently need new thinking and work approach as the country has changed now,” he said.

Apart from statements about the need for reinvention, some Congress leaders looked to accomplish the task of apportioning blame for the defeat. The Delhi Congress in-charge P.C. Chacko chose to train his guns towards the deceased Sheila Dixit, who passed away in July 2019.

“The downfall of the Congress party started in 2013 when Sheila Dikshit ji was the chief minister. The emergence of a new party, AAP, took away the entire Congress vote bank. We could never get it back. It still remains with AAP,” Chacko said.

Others like Abhishek Manu Singhvi had a very different take on Dikshit’s importance. Singhvi argued that the Congress, in fact, missed her leadership and persona. “We never really got into the fight because we lost a tall leader and we could not in the short time project an alternative. Need to choose and project somebody who can spend the next three years on the ground being completely backed by the Congress party,” he told NDTV.

Congress spokesperson Sanjay Jha defended the lack of consensus in the reactions to the defeat, arguing that this was a sign that the leaders cared about the fate of the party. “Folks, please do not make a big deal about Congress leaders speaking out candidly after our dismal showing in Delhi. Many of us are angry or upset because we care. This is not about pulling someone down etc. Accountability must be the name of the game,” he said.