A Year After Winning Three States, Congress Has Quit Politicking

Rahul Gandhi was credited as the architect of the success – he chose the chief ministers – and has now withdrawn himself, throwing the party's cadre into disarray. 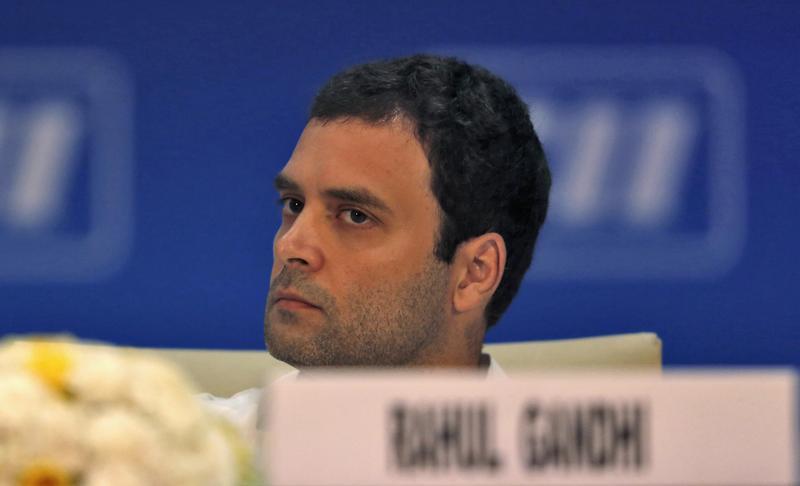 There are several people who believe Sonia Gandhi’s softer stand on the Shiv Sena – as opposed to Rahul’s rigidity – is the need of the hour for the Congress. What lies forgotten is that it was Rahul’s policies that brought a clear victory in three large states in 2018 and actually revived the sunken Congress.

His grave miscalculation in the general elections that followed and his dependence on operators like Prashant Kishore and Praveen Chakraborty undid all that good work. If his plans are not carried through the Congress may, in fact, end up losing all three states in the future.

The process of reconstruction of the inner party infrastructure had started with Gujarat and, slowly, the old guard had been weeded out. New faces and new methods of candidate selection had been ushered and in its initial burst yielded the desired results, clubbed with the anti-incumbency which was working against the BJP in these central Indian states.

Rahul relied on his team, his digital feedback and his own instincts and took instant decisions. He chose to ignore the claims of Sachin Pilot and relied on Ashok Gehlot, who had impressed him in Gujarat with his patient planning and ability to talk to and dissuade rebels. In hindsight, it has worked well in Rajasthan.

In Madhya Pradesh, he let the old guard of Digvijay Singh and Kamal Nath have their way, primarily because the results were two short of a majority and his instinct told him that the other claimant, Jyotiraditya Scindia, would not be able to take everyone along or could falter in the face of a Modi-Shah onslaught.

In Chhattisgarh, he came up with a formula of 2.5 years each for T.S. Singhdeo and Bhupesh Baghel who had worked in tandem during electioneering against the Raman Singh regime. His original choice of veteran leader Tamradhwaj Sahu was unacceptable to almost all regional leaders a year ago, but now there are many who believe he would have worked better.

Also read: With Rahul’s Resignation, Will Congress Finally Extricate Itself From the Gandhis?

Nevertheless, his sudden resignation and the drama of Sonia’s return has ensured that these states, which were supposed to work according to a “Rahul Plan” post elections, are suddenly rudderless. Corruption allegations are back and so are the old-timers. A well-won victory is being squandered for lack of direction.

All three states, for instance, were committed to waiving farm loans. Chhattisgarh did it entirely and within the time limit specified by Rahul. Kamal Nath is still struggling with the issue as initially loans up to Rs 2 lakh were waived but there have been complaints regarding that as well. There have been similar issues in Rajasthan. With Rahul no longer taking a direct call, things have slipped further.

Bhupesh Baghel has been promoting his own Narwa Ghurwa back to the basics scheme without much visible success. There has been no central monitoring of his scheme by anyone from Delhi and he does not have any reasonably qualified local people on his team to understand or advise on the utility or futility of his plans. Baghel also increasingly tends to lose track of governance in his pursuit of cases against the Raman Singh regime. Several cases have also piled up in the high court and the Supreme Court with no end in sight to the bickering.

Every senior Congress leader from Madhya Pradesh has been complaining that the general secretary in charge of the state Bavaria has not been responsive to their political needs. In the absence of Rahul, the general secretaries have appropriated, for themselves, responsibilities which normally a strong Congress high command does not easily allow.

Deepak Bavaria, for instance, has so far not cleared any list for appointments to any of the boards and corporations in the state. The second line of leadership is now restless as, even after a year of return to power after a 15-year long wait, they have not been accommodated. P.L. Puniya is doing the same in Chhattisgarh. Politically, the situation is decaying as appointments to even local college boards have not yet cleared by Delhi because the general secretaries are either ignoring them or are themselves being ignored by the Ahmed Patel-led dispensation at 10 Janpath.

While Rahul delivered the states through some detailed election planning, he is no longer taking any interest in the implementation of manifesto promises. Baghel has been campaigning hard for his paddy procurement price of Rs 2,500 per quintal – something that was the core of Congress campaign in 2018 – without much success because the AICC is not taking the issue up at all and neither is the Congress parliamentary party in the absence of Rahul’s voice.

Rahul had personally made promises to several leaders in Madhya Pradesh and Chhattisgarh that they would be taken care of or would be accommodated elsewhere when they could not be given tickets or had lost by a margin. Now no one is sure who will deliver on that promise.

Amit Shah, who is bitter from the BJP’s loss in the Maharashtra fiasco, would find the perfect salve for his wounds if he manages to snatch any of these states from right under the Sonia Gandhi’s nose. Rahul, who has taken to campaigning in Jharkhand, will quickly have to take to running and advising the states that he had won only last year.