Is Congress Worried About a Rejuvenated BSP?

By not allying with Bahujan Samaj Party for the Chattisgarh, Madhya Pradesh and Rajasthan assembly polls – a precursor to the upcoming general elections – the Congress has clearly indicated that it does not wish to rejuvenate a party like BSP which has a national status.

If the BJP returns to power in 2019, the Congress could be relegated to an unprecedented stint of ten continuous years in the opposition – an unusual thing for a party that has ruled India for most of its independent years, and something that could impact the future prospects of the party beyond redemption.

But instead of pulling out all the stops in terms of making new tactical alliances, the Congress appears to be relying on the premise that anti-incumbency against BJP alone will hand it victory.

By not allying with Bahujan Samaj Party for the Chattisgarh, Madhya Pradesh and Rajasthan assembly polls – a precursor to the upcoming general elections – the Congress has clearly indicated that it does not wish to rejuvenate a party like BSP which has a national status.

The BSP-Congress pre-poll alliance broke because the Congress was offering BSP just 15-20 seats in MP, nine seats in Rajasthan and only five-six in Chattisgarh. This is why BSP supremo Mayawati, who was asking for a respectable package deal in all three states, decided to shun Congress, inviting criticism from second rung Congress leaders who are now citing that “CBI pressure” lies behind her decision.

Is Mayawati really under CBI ‘pressure’?

Every time Mayawati enters the election fray outside Uttar Pradesh, it is attributed to “CBI pressure” – essentially suggesting that she is corrupt and worried about a CBI investigation. Congress leaders such as Digvijay Singh, who Mayawati called a ‘BJP agent’, have alluded to this.

Is Mayawati really under this so-called ‘CBI pressure’ and helping BJP? Her recent behaviour suggests otherwise. 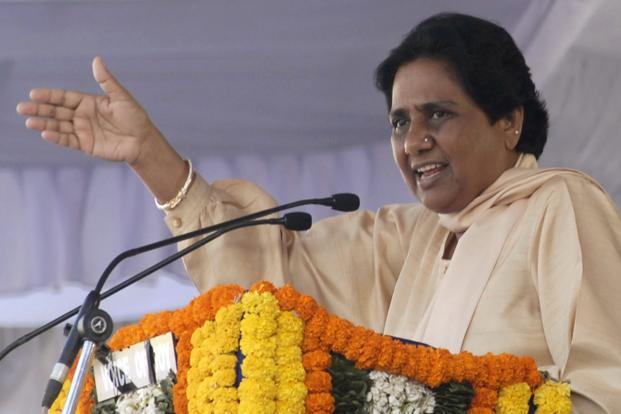 Her pre-poll alliance with the JD(S) in Karnataka, viewed initially as a spoiler to Congress’ chances of retaining its only big state, turned out to be a good decision. After the polls, it was Mayawati who hurriedly stitched the unlikely alliance between Congress and JD(S) by breaking the ice between Sonia Gandhi and former prime minister H.D. Deve Gowda.

Her sacking of the party’s newly-appointed vice president Jai Prakash for a crass comment on Rahul Gandhi, meant that did not want to offend Rahul Gandhi or Sonia Gandhi. It should be noted that vile comments from Congress leaders like Rita Bahuguna in the past against Mayawati have gone unpunished.

Congress leaders like Kamal Nath have repeatedly pointed to BSP’s disproportionate demand for seats (40-50) versus their vote share (6.29%) in Madhya Pradesh. But the Congress is forgetting that BSP’s vote is not only transferable but also distributed across most constituencies, unlike the Samajwadi Party or Gondwana Ganatantra Party whose vote base is nil beyond a few pockets in Madhya Pradesh.

If the latest ABP news poll survey of Madhya Pradesh is to be believed, the Congress is only 1% ahead of BJP in its vote share for the assembly elections and 7% behind BJP in the Lok Sabha polls. Here, BSP’s committed and transferable 6% votes can be the difference between winning or losing.

With the support of BSP, the fact that the Akhilesh Yadav-led Samajwadi Party and Rashtriya Lok Dal snatched Phulpur, Gorakhpur and Kairana from BJP during the by-poll in Uttar Pradesh this year is proof that BSP voters transfer votes to its allies. Therefore, Mayawati’s demand of respectable seats isn’t all that unreasonable.

BSP has bailed out Congress governments many times in the states and the Centre, including giving outside support to the Manmohan Singh government for ten years, without taking any special favours from Congress.

In 2016, when the Harish Rawat government in Uttarakhand came in minority, BSP instantly supported it.

Party founder Kanshi Ram referred to BJP as naagnath (cobra) and the Congress as a saapnath (snake) since the BSP’s inception in 1984. BSP’s rise in the 1980s resulted in a sharp decline of the Congress party not just in UP but across the north. The Congress saw its last CM in Uttar Pradesh in 1989 as BSP grew from strength to strength, winning Dalit, OBC and MBC votes.

While it was Dalits MBCs in UP, it was the OBCs which shifted their allegiance to BSP in MP. The BSP even defeated Congress stalwarts like Arjun Singh in 1996 from Satna.

Despite having zero MPs and facing recent poll debacles, BSP is remains the only pan-Indian party apart from the Congress and BJP which has a national presence.

Also read: What Mayawati Hopes to Gain by Sidestepping Mahagathbandhan in Chhattisgarh

As Mayawati tries to rejuvenate the party by changing tactics, forming alliances, local Congress leaders such as Digvijay Singh or Kamal Nath may perhaps be worrying that its alliance with BSP in hitherto bipolar states like MP, Rajasthan and Chattisgarh may accelerate BSP’s comeback and make it a stronger contender.

The leaders may have convinced Rahul Gandhi that Congress could win all three states on its own, presenting an option of the post-poll “Karnataka” pattern of forming government with BSP, should such a situation arise.

Sonia Gandhi shares a personal warmth with Mayawati. Rahul Gandhi has even gone to the extent of accepting Mayawati as a possible prime ministerial candidate and rooting for Congress-BSP alliance for 2019 Lok Sabha, despite going alone in state polls. Mayawati too has stopped calling Rahul “Yuvraj” and praising him even in her diatribe against local Congress leaders.

If the Congress loses any of the three states, and eventually the big ticket Lok Sabha polls, for the lack of pre-poll alliance with BSP, the Gandhis will have to shoulder the blame for trusting their local leaders and missing an opportunity.