The 'Secular' Forces Have Abandoned Secularism

While the ruling party has made the Muslims numerically irrelevant in the elections, the opposition has sought to make them invisible from the political discourse. 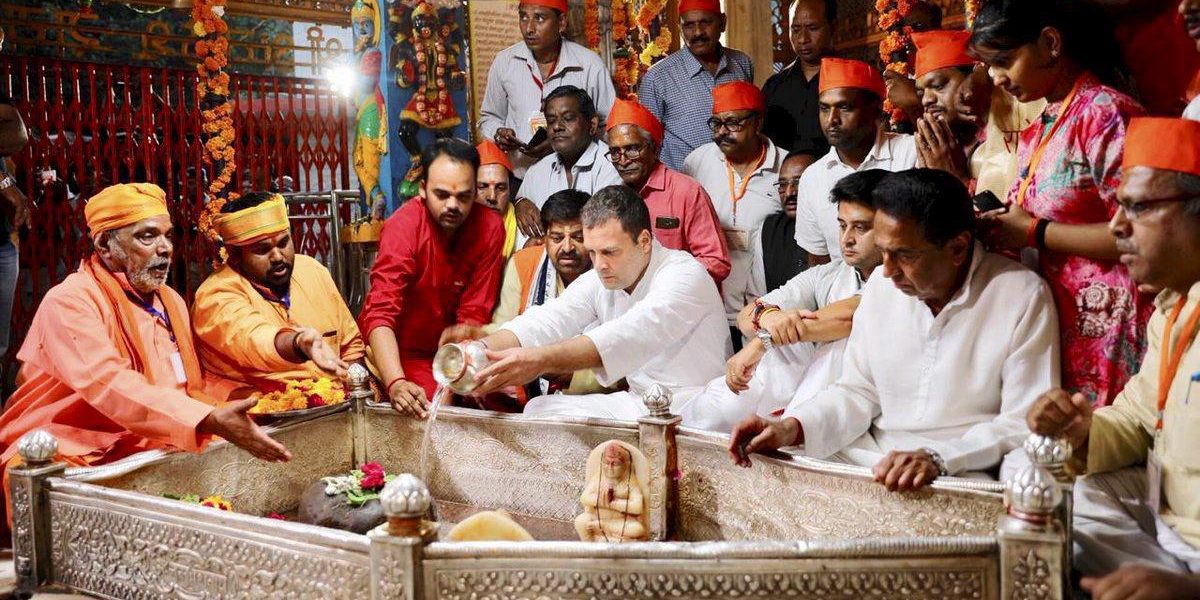 The Bharatiya Janata Party-led National Democratic Alliance has bagged 353 seats in the new Lok Sabha. In about 13 states, the BJP has seen its voteshare cross 50%. In his victory speech on the night of May 23, Prime Minister Narendra Modi said that “for 30 years there was a drama going on for very long”.

“There was a tag which was in fashion, wearing which all sins would be washed away. That fake tag was called secularism. Slogans would be raised for the unity of secular people. But you would have witnessed that from 2014-2019, a whole bunch stopped speaking… In this election not even a single political party could dare to mislead the country by wearing the mask of secularism,” he said.

More than the numbers and the seats, Modi was pointing towards an ideological victory here. And he wasn’t wrong.

After the 2014 loss, the Congress, instead of focussing on the spectrum of scams, unsavoury favours to corporates and the insatiable personal greed of its top leadership, seemed to find a convenient scapegoat in secularism. The party leadership expressed the need for a tactical review of “the flaws” in its “electoral practice of secular politics”.

They said that its proximity to Muslims was hurting its electoral prospects. They believed that the party was being targeted by the BJP over a politics of “appeasement”, a spectre raised with great ingenuity by the far Right.

What the decades of so-called “appeasement” added up to was revealed time and again by the Sachar Committee, the Ranganath Mishra Commission and the Kundu Committee.

They all described a community languishing in the margins – socially, economically and politically. Yet the Congress conveniently caved into a majoritarian consensus on “appeasement”. So, while assertions in defence of secularism and alliances under the banner of the “secular bloc” or the “secular alternative” were common earlier, they all seemed in need of a “course correction”.

It began almost immediately and reached fruition with Rahul Gandhi’s temple run before the Gujarat state assembly elections. In itself, that was not much of an issue. Once one starts to play the game of competitive Hindu optics with the BJP, however, one always falls short.

Also read: Congress Needs to Return to Its Core Value of Upholding Secularism

What followed was his shameful silence on the 2002 Gujarat pogrom throughout the campaign. With each claim of being a Hindu came the accusation of being a ‘dhongi’ Hindu (as opposed to Modi being the ‘asli’ Hindu). And with each such accusation came more desperate claims – be it ‘Shiv bhakt‘, ‘janeu dhaari‘, and then his gotra being revealed at the peak of the Karnataka state assembly elections campaign.

During the Madhya Pradesh assembly elections, the party went further, promising commercial production of gaumutra, gaushalas in every village and the development of the Ram Path. These were conscious departures from the secular path. Three Muslim youths being booked for alleged cow slaughter under the National Security Act by the new Congress government in MP only affirmed that the party was going to stick to this saffron path.

The “secular” forces have abandoned secularism. In fact, the biggest triumph of BJP/RSS, as indicated by Modi in his speech, has been the rightward shift of the polity as a whole. The SP-BSP that came together in 1992 in the face of a saffron surge after the Babri demolition, in fact, raised slogans of “Mile Mulayam Kashiram, hawa mein ud gaya Jai Shri Ram”.

However, as Modi said, not a single party in the opposition “dared” to challenge the saffron consensus in their campaign. So much so that while Rahul Gandhi (repeatedly and rightfully) apologised for the 1984 riots, not once did he or anyone raise questions about Gujarat 2002. While the BJP garlanded and felicitated gau rakshaks for their service to the saffron cause, the opposition kept calculated distance from victims’ families – overwhelmingly Muslims – as they were worried that secularism would hurt their electoral prospects.

The ruling party has made the Muslims numerically irrelevant in elections, but the opposition has sought to make them invisible from the political discourse.

Also read: Is It Still Possible To Strive For Yet Another India?

They tried out soft Hindutva, but how far did it take them? If this election is any indication, then among other things, the opposition must understand that one cannot beat the BJP on their own turf. The Congress must realise that a Left-of-centre economic rhetoric and a Right-of-centre cultural rhetoric do not go hand in hand.

Rahul Gandhi keeps finding vague alternatives to secularism like the “idea of India” or the “clash of ideologies” (Vichardhara ki ladai), but what exactly is this idea or ideology? Is it Nehruvian socialism and Gandhian secularism? The former was buried in 1991. Whatever remained of the latter, was buried in the last five years. The battle of ideology was lost long before we went to polls. The results only confirmed that.

To participate in an ideological battle, one must first own up to their ideology, no matter how “unpopular” it may look at the outset.