Murshidabad, a Congress stronghold, will see a triangular contest during the upcoming general elections as the Congress, TMC and the CPI(M)battle it out for three Lok Sabha constituencies. 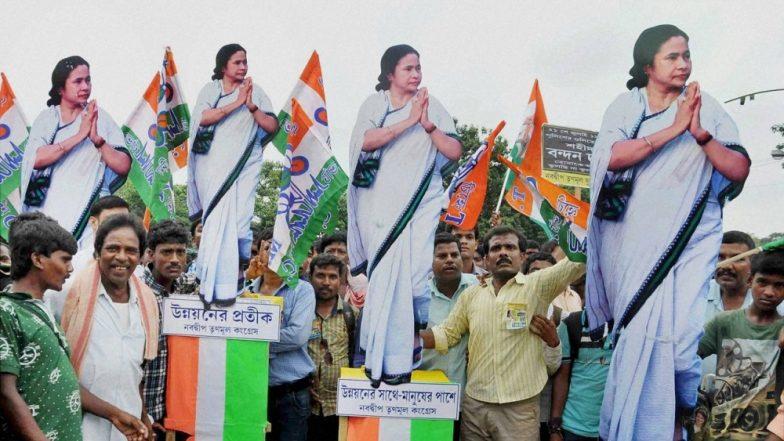 Berhampore (Murshidabad): Nabarun Banerjee was sipping his black tea at a roadside tea stall in Berhampore, district headquarters of Murshidabad district in central West Bengal. He, like many, is angry over the ruling Trinamool Congress for not allowing people to cast their votes during the panchayat elections last year.

“They (TMC cadres) did not let anyone vote in panchayat election. Why will people vote for them now?” Banerjee questioned. Banerjee, a central government employee, believes Adhir Ranjan Chowdhury had worked for the development of the area despite Congress’s organisational breakdown.

With less than a month for the 2019 Lok Sabha elections, The Wire went on a trip to Murshidabad, West Bengal to gauge the mood of the people and check the preparedness of the political parties.

Murshidabad district, located around 200 km north of Kolkata, comprises of three Lok Sabha constituencies with a predominantly Muslim population of over 70%.

The district is a Congress stronghold. Currently, the Lok Sabha constituencies of Berhampore and Jangipur have Congress representatives, while CPI(M) holds the Murshidabad constituency. In the 2016 assembly elections, Congress won 14 of 22 assembly seats from Murshidabad, while TMC and CPI(M) won four seats each.

Adhir Chowdhury, the most notable leader of the Congress in the state and a former central minister is seeking re-election for the fifth time from Berhampore.

The TMC organised a rally on March 16, in YMA ground at Berhampore. The party’s strongman in rural Bengal, Anubrata Mondal and the party’s de-facto number two, Suvendu Adhikari, addressed the rally.

However, the crowd did not look interested, and the turnout was limited to only a few thousand. There was hardly any cheering when Suvendu Adhikari, the Transport Minister of West Bengal, said, “I am taking the responsibility of Berhampore seat. Trinamool will win from here.” 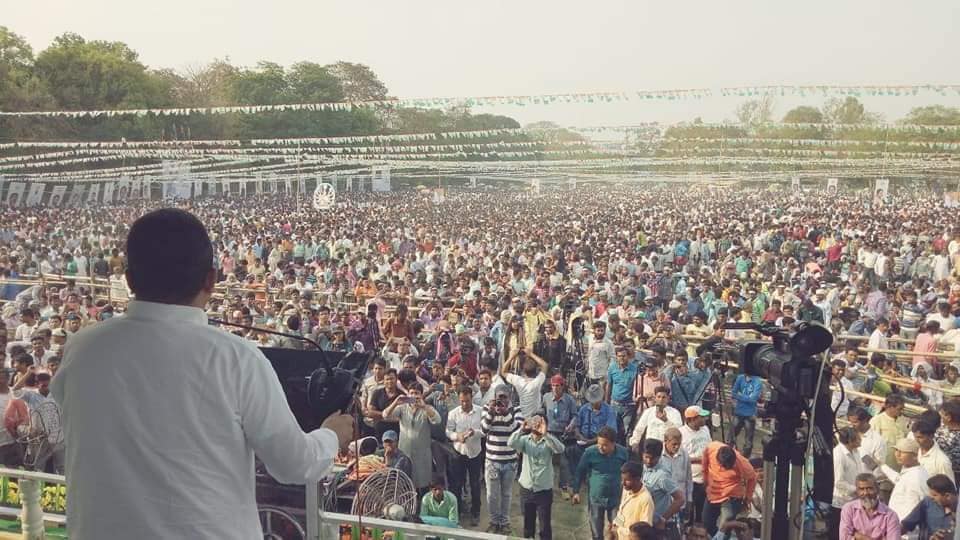 Rafiq Mondal, a 43-year-old rice mill worker, came to attend the rally from Rejinagar, 30 km away. Mondal believes that the people are happy with the work done by Adhir Chowdhury.

“I don’t think TMC is going to win here (Berhampore). I came here because I like Mamata Banerjee,” said Mondal. The mill worker opined that Congress’s organisational strength is far superior to the TMC’s in Murshidabad.

At the side of the rally, The Wire sat for a quick chat with Apurba Sarkar, a recent Congress defector, and TMC candidate in Berhampore.

The former Congress MLA complained that he didn’t get “minimum respect” from the party leadership. “Adhir Chowdhury acted as an obstacle while I doing my duty as an MLA. Hence, I switched to TMC,” A confident Sarkar said, “There should not be any problem in winning this seat,” he added.

However, many believe he is unknown outside Kandi and that could be a major roadblock for him. 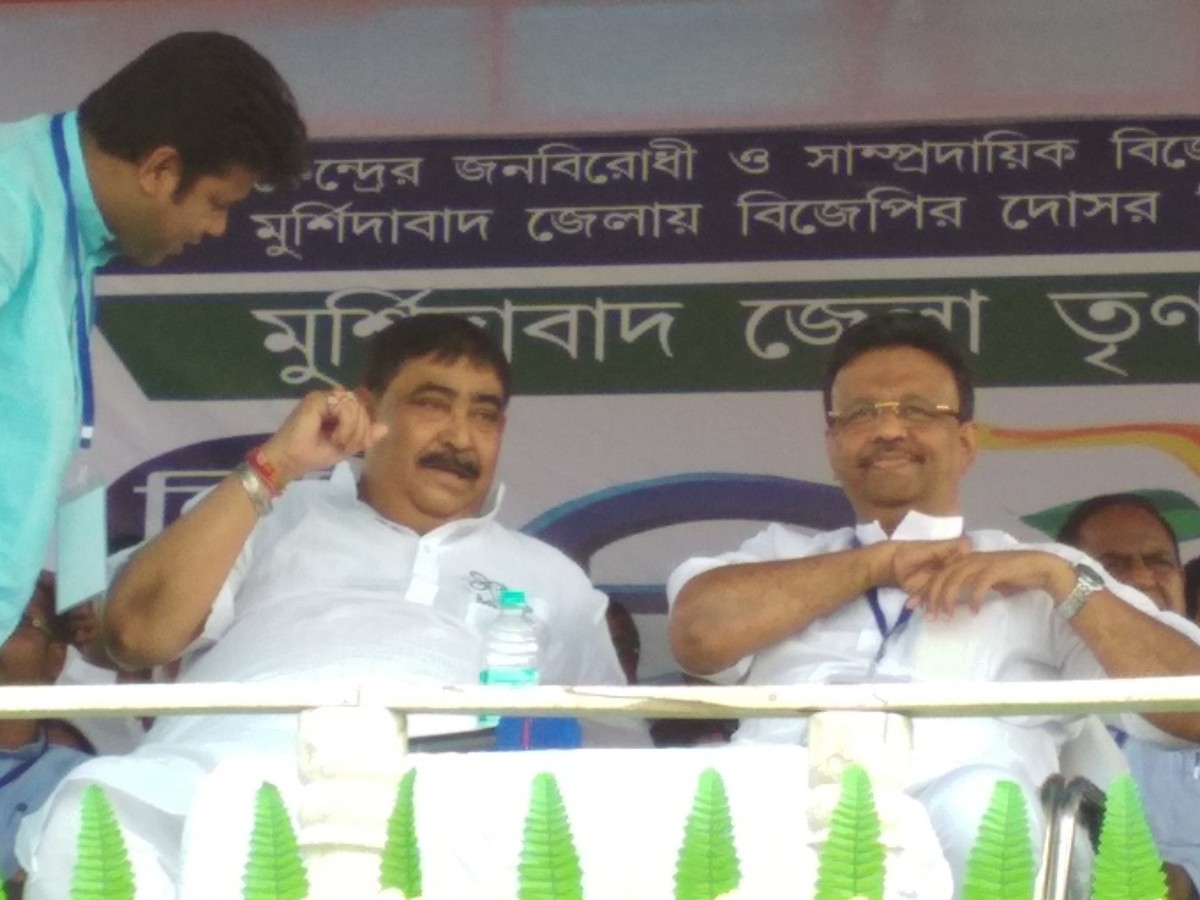 Anjan Pattanayak, a retired government doctor, once a neighbour of Sarkar, said, “Apurba stands no chance of winning the election. His name is confined to Kandi, the rest of Berhampore doesn’t even know him.”

Most of the Congress workers are busy erecting hoardings at prominent junctions of Berhampore town and chalking out plans to conduct rallies in different areas.

Even before the Congress leadership could announce the names of candidates in Bengal, walls across Berhampore were painted with Adhir Chowdhury’s name on it.

Berhampore Town Congress Secretary, Karthik Chandra Saha told The Wire that, many of those who were in the Congress party a week back, have now switched to the TMC to get an election ticket.

Attacking the TMC candidate from Berhampore, Saha said he is an “opportunist”. “He [Apurba Sarkar] switched to fulfil his personal ambition. People will reject him,” Saha said.

Saha also pointed out that Chowdhury’s constant pressurisation of rail ministry made the double line railway track to Berhampore a reality. He also said that the lawmaker had sanctioned huge amounts from MPLADS funds to stop riverbank erosion, which is an important issue in West Bengal. A report published by the National Centre for Coastal Research (NCCR), last year said that West Bengal had recorded maximum erosion of 63% in the country. 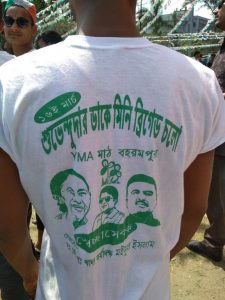 A Trinamool supporter sporting a party T-shirt at the rally in Berhampore. Credit: Himadri Ghosh

Congress workers, who had gathered at the Gora Bazar area, and had worked for Adhir Chowdhury for years said, “Dada (Adhir Chowdhury) helps everyone, even people from the rival party. His popularity in Berhampore is unparalleled.”

CPI(M)’s Badaruddoza Khan is the sitting MP from Murshidabad. Political observers believe that Khan won the Congress bastion in 2014 general elections, as there was a triangular fight between the Congress, CPI(M) and TMC. And many are of the opinion that it’s going to be difficult for him to win this time.

However, the 64-year Badaruddoza Khan said, “Response from the people is better than 2014 and I am hopeful of winning this seat.” Khan, however, also said that a Congress-CPI(M) alliance would have benefited both the parties.

Salim Mondal, who runs a tailor shop in Lalbagh said, “Khan failed to deliver on his promises and it will be difficult for him to win this time.”

Debotosh Dasgupta, the Congress vice-president in the district, believes that even if the Congress-CPI(M) alliance is agreed upon, the Left candidates won’t get Congress votes in Murshidabad. He explained that in the 2016 assembly elections, Congress managed to get some Left votes, but the opposite didn’t happen.

Congress MLA Abu Taher Khan, who recently switched to the TMC and is popular amongst minority voters, has been offered a Lok Sabha ticket from Murshidabad. However, The Wire has learnt that his popularity is confined to Berhampore.

When asked why he changed camps, Taher Khan told The Wire, “No one other than Mamata Banerjee can protect and work for the development of minorities.”

Taher Khan also explained that the Congress lost its ground in Bengal due to infighting and hence, he believes it is imperative for him to join TMC. When asked about his chances of winning the Murshidabad seat, he sounded optimistic and said, “100% TMC will win from Murshidabad.”