Highlighting how in the past one month alone, 28 lynchings have taken place, Congress spokesperson Abhishek Manu Singhvi said that political support from BJP and the Sangh parivar has encouraged mob mentality and impunity in the country.

New Delhi: A day after five persons were lynched in Dhule, Maharashtra, the Congress launched a scathing attack on the BJP-led government at the Centre for abdicating its responsibility to uphold rule of law over the last four years.

Abhishek Manu Singhvi, a senior Congress leader, said at a press conference, “In the past four years, we Indians have added a new word in our socio-political vocabulary and that phrase is ‘lynchings’.”

“In just the past month alone, 28 Indians have been killed in lynchings: five people in Maharashtra’s Dhule (yesterday), two were lynched earlier in Maharashtra, seven in Jharkhand, four people in Tripura, two people each in Assam, Andhra Pradesh, West Bengal and Telangana, and one each in Gujarat and Chhattisgarh, Uttar Pradesh. These are just the recorded fatalities. The number of unrecorded ones is far greater and unimaginable,” he said.

Press Briefing by @DrAMSinghvi, Spokesperson, AICC on the growing instances of mob lynching.https://t.co/wysLDKyUbp

“One cannot be definite about the reason of such killings, but one can be certainly definite that under the Narendra Modi government, this new phenomena is getting a definite political patronage. An unprecedented atmosphere of fear, fuelled with hearsay is being created, actively aided and abetted by the state to terrorise gullible people,” he added.

Singhvi blamed the Modi government’s apparent inability to uphold the rule of law in the country for “the recurring incidents of lynching and targeted mob violence against vulnerable groups”.

The Congress leader indicated that it was not merely a coincidence that such incidents have increased drastically under the present dispensation. He said that only “when the State gives the ‘license to kill’ with impunity and abdicates its solemn responsibility to uphold the rule of law”, it results in “vigilantism, death and merciless killings of innocent lives”.

Singhvi said that rumours such as cow smuggling and child lifting – the cause of Dhule lynchings – were being manufactured by certain groups and circulated in an organised way via mobile phone, fuelling anxieties and insecurities of communities.

“From Assam’s Karbi Anglong lynching to the lynching of Sukanta Chakrabarty, hired by the Tripura state government to create awareness against rumour mongering who was himself  lynched by a mob suspecting him of being a child-lifter. From the despicable and horrifying Hapur lynchings whose video we all saw on our television sets to the present terrifying lynching of five people of a nomadic community in Maharashtra’s Dhule. From a woman hacked to death in Gujarat to a 40-year-old man lynched in Chhattisgarh,” he said. 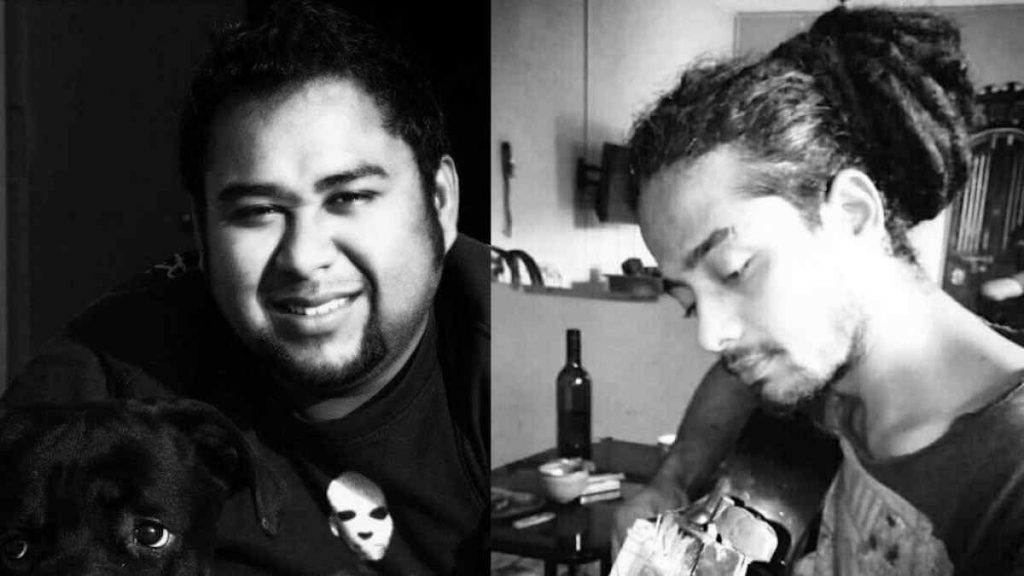 In a not so indirect way, he held the Sangh parivar responsible for such rumour mongering across India.

Singhvi said, “What is most distressing in case after case is that the ministers of BJP ruled states and its leaders have either been a cause of abetment or flagrantly justified this phenomenon.”

He cited three examples. In a recent lynching of an 11-year-old boy in Tripura, he said, the Tripura minister for education and law Ratan Lal Nath was heard indicating to a gathering that the killing may have have happened at the behest of an “international kidney smuggling gang” as a kidney was supposed to have been missing from the boy’s body. However, soon after, chief minister Biplab Deb confirmed that both the kidneys of the boy were intact as was reflected in the post-mortem report.

“In July last year, Nityanand Mahto, the media in-charge of BJP’s Ramgarh unit, Jharkhand was arrested over the lynching of a man,” Singhvi added, while speaking about some cases where BJP leaders have been directly accused of such crimes.

He said while BJP leaders have mislead people with rumours, what was shocking was when a BJP MP from Jharkhand, Nishikant Dubey, declared that “he will pay the legal fees for four people who have been accused of lynching two men in Godda”.

Such political support has encouraged mob mentality and impunity in the country, he said. Singhvi also such deliberate fuelling of rumours has created a situation where lynchings have become permissible.

“It is high time the BJP government takes note of this widespread mob frenzy and lynching incidents. BJP would do better to take note of the anger which is engulfing the citizens of India against vigilantism by their own party men. Four years have passed, and we have seen enough platitudes, speeches and alibis, it is time for some corrective action,” he said.