The Centre admitted in the Supreme Court that there was no sovereign guarantee from the French government for the deal in the event that Dassault Aviation defaults on the contract.

New Delhi: In a renewed attack on the Central government over the controversial Rafale deal, the Congress on Thursday attacked prime minister Narendra Modi for unilaterally fixing an escalated benchmark price for the Rafale jets. Modi, the Congress said, did so by overlooking the recommendations of both the Union law ministry and the defence ministry.

The Centre has been at the receiving end of the opposition for allegedly violating multiple defence procurement procedures to help the Anil Ambani-owned Reliance Defence Limited (RDL) land a Rs 30000 crore offset contract in the deal.

Referring to an interview in the Economic Times with former defence ministry bureaucrat Sudhansu Mohanty, the Congress alleged that the Modi government fixed a higher benchmark price for the Rafale jets than what was negotiated by the previous UPA government.

After the negotiating team and the Defence Acquisition Council (DAC), headed by the defence minister and the three armed forces chiefs failed to agree on the benchmark price, the Cabinet Committee on Security (CCS), headed by PM Modi, accepted the higher price of €8.2 billion (₹62,166 Cr) instead of the €5.2 billion (₹39,422 Cr) decided earlier.

The Congress then trained its guns at the absence of a sovereign guarantee requirement in the intergovernmental agreement that Indian signed with France to buy the 36 Rafale fighter jets.

The Centre on Thursday confirmed one of The Wire’s stories and admitted in the Supreme Court that there was no sovereign guarantee from the French government for the deal, in the event that the aircraft manufacturer, Dassault Aviation, defaults on the contract.

In a hearing before the Supreme Court, attorney general K.K. Venugopal admitted, “Though there is no sovereign of guarantee, (there’s a) letter of comfort from France.” However, the letter of comfort, the opposition alleged, is much weaker than a sovereign guarantee. 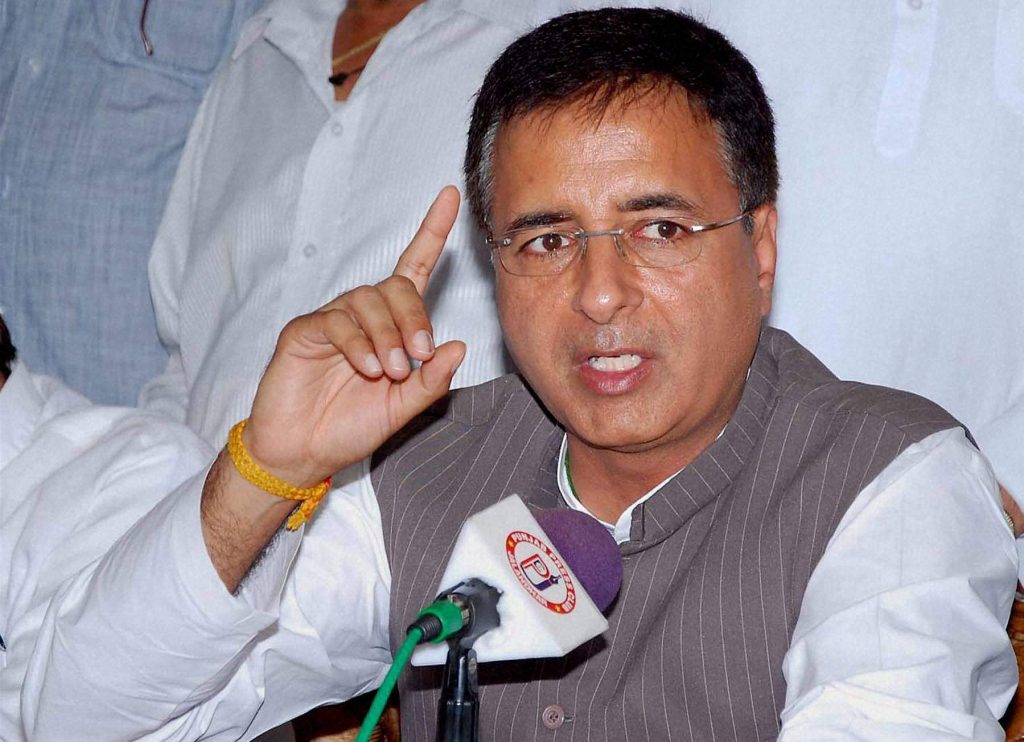 In light of such revelations, Venugopal, appearing for the government, tried to argue that the court was judicially not competent to decide on purchases and that secrecy regarding the price of individual aircraft was in the national interest.

The Congress, however, is in no mood to step back. Surjewala said the government had compromised the national interests of the country and violated the Defence Procurement Procedure (DPP) by waiving the bank guarantee/French government’s sovereign guarantee.

The Congress leader also pointed out that the law ministry, in 2015, had red-flagged the issue of ‘no sovereign guarantee’ by the French government on the grounds that it was in violation of the Defence Procurement Procedure and that it was a huge burden to the public exchequer without the assurance of actual delivery.

However, the CCS, headed by PM Modi, accepted the ‘letter of comfort’ in lieu of a sovereign guarantee, leading to speculations that Modi singlehandedly bypassed the procedures to close the new but a much more costlier deal.

In his interview, Sudhansu Mohanty, had also emphasised that a ‘letter of comfort’  was more of a moral binding and, unlike a sovereign guarantee, cannot be legally enforced if a successive head of state decides against honouring it.

In this context, the lawyer-activist Prashant Bhushan too enquired about it before the Supreme Court bench. He asked the court, “The money involved in the procurement is high. Who will be responsible if Dassault does not deliver?”

Lastly, the Congress leader questioned why national security advisor Ajit Doval was involved in the Rafale negotiations instead of the Negotiations Committee of the Indian Air Force and the Ministry of Defence.

The allegations involving massive irregularities surrounding the Rafale deal finally came to a head on November 14 when the Supreme Court began to hear pleas seeking court-monitored probe in procurement of 36 Rafale fighter jets from France.

While the court decided it could not disclose the pricing of the jets as yet, Justice K.M. Joseph questioned the absence of a sovereignty agreement in the intergovernmental deal. “If the offset partner runs off, what happens? What about the country’s interest? What if the offset partner doesn’t do any production?” he asked, referring to Dassault Aviation as one of the offset partners along with the RDL.

Raghavi Sharma is an intern with The Wire.