Four men were killed in CISF firing during the fourth phase of polling at a booth in Sitalkuchi in Cooch Behar. In an unrelated incident, a BJP worker was also murdered in the same constituency. 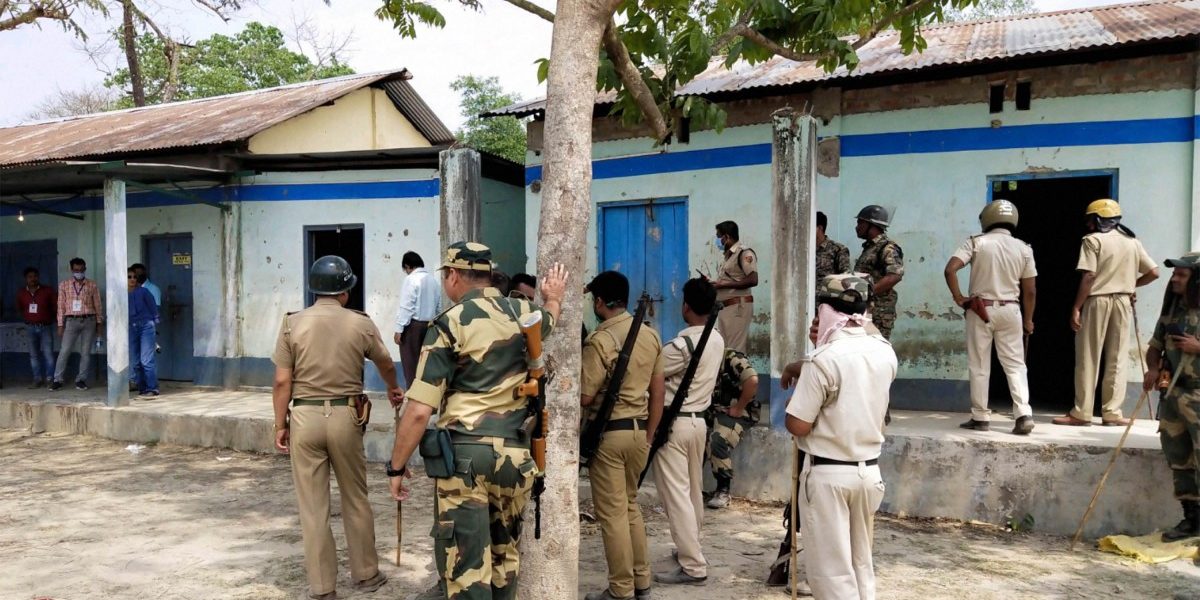 The four were killed in CISF firing during the fourth phase of polling at a booth in Sitalkuchi in Cooch Behar district on Saturday, April 10. All four were from the village of Jorepatki. Their funeral was held on Sunday, April 11.

The CISF described their firing as “self-defence action”. A BJP worker was also shot dead by unidentified persons in the same Sitalkuchi assembly constituency on Saturday.

There is tension in the region, local media has reported. The Election Commission has barred political leaders from visiting the area for 72 hours as well.

At a roadshow in Nadia district’s Santipur, Shah said, “Mamata Banerjee had advised people to gherao central forces. Is that not responsible for the deaths in Sitalkuchi? Her advice had instigated the people to attack the CISF.”

Shah said that while Banerjee paid tributes to the people killed in CISF firing, she did not condole the death of the BJP worker, as he was from the Rajbongshi community who are not her vote bank.

The four killed by the CISF were all Muslim men. While Shah did not mention their religion, he said, according to PTI, “It is very unfortunate to see appeasement politics even in case of deaths.”

Describing the incident as a “genocide”, Banerjee on Sunday said the Election Commission has restricted the entry of politicians in the district for 72 hours as it seeks to “suppress facts”.

The TMC supremo, while addressing a press meet here, claimed that central forces “sprayed bullets aiming at the torso of the victims” in Sitalkuchi area, when the fourth phase of polling was underway in the state.

“There was genocide at Sitalkuchi. I would like to visit Sitalkuchi by April 14. The EC is trying to suppress facts by restricting entry in Cooch Behar. We have an incompetent home minister and an incompetent central government,” Banerjee said.

“The CISF doesn’t know how to handle situations. Since the first phase of elections, I had been saying that a section of the central forces are committing atrocities on people. I had flagged the issue in Nandigram, but no one paid attention to my words,” she said.