The Chidambaram Case Lays Bare the Paradoxes Facing the Congress

Whether the party supports its senior leader or not, the morality of its action will be questioned. This is a result of the BJP's propaganda, which the Congress has never strategically addressed. 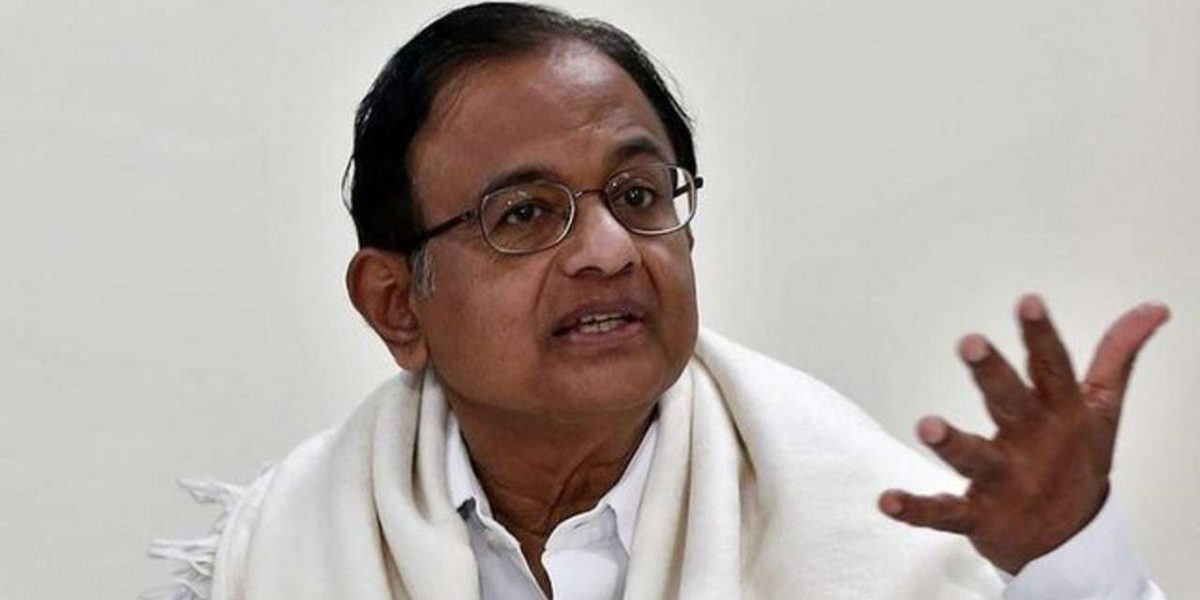 The economic slowdown may be real. Work may be scarce for those who seek to sweat, but in the political milieu we survive in, there is handsome opportunity for philosophers to be gainful. While the BJP’s exercise of power without the impediments of conscience may create an intense engagement, the manner in which it has repeatedly pushed the Congress into the throes of moral dilemma may well formulate a series of classic questions in moral philosophy.

Consider the latest dilemma before the Congress. It has come out in support of P. Chidambaram, but the BJP understands that if the Congress as an organisation supports the former Union minister, they’ll be perceived (that’s the operational term) as supporting corruption. And if they do not stand by him, they’ll be seen as letting down one of their senior leaders who has served them well for decades.

The BJP’s strategy appears to be to create these wrenching paradoxes for the Congress. They use their hold over state power and media to deftly mint a moral currency whose aim is to relentlessly showcase the ‘bankruptcy’ of its principal opponent.

In the Supreme Court, on August 26, Chidambaram’s counsel Kapil Sibal was quoted by newspapers as saying: “The moment you arrest someone the public perception is that he is guilty. It destroys a man.” The next day, the Chidambaram family in a telling statement said: “We are astounded by allegations of properties in multiple countries, multiple bank accounts, numerous shell companies etc. These are chapters plucked out of ghost stories, one day these ghosts will be buried.”

This is an acknowledgement of what is happening not just in Chidambaram’s mind, but also inside that of the Congress. It captures the magnitude of vilification and their bewilderment, the analogy of which can only be a ghost story. A big problem for the party is that it is persistently painted as existing in a moral vacuum. However hard it has endeavoured in the recent months and years, it has failed to create a moral tour de force. That is a direct result of propaganda that the BJP has unleashed from 2011-12 on, which the Congress has never strategically addressed.

Similar was the paradox created for the Congress with the Kashmir issue. There is a convenient appropriation of historical circumstances at one level, but far more interesting is the element that feeds a larger narrative that has been whipped up: that the Congress appeases minorities, especially Muslims. If the Congress stands with Kashmir, then there is an implication for its support in the rest of India or with the majoritarian sentiment. If it does not stand up for Kashmir, then its stated ideals and understanding of history are defeated. This caused a minor insurrection within the Congress party. Some supported the government’s move on Article 370 and only a few voiced opposition. However, despite the courage of conviction that the official CWC resolution of the Congress party demonstrated, what remains in collective memory is the schism within their ranks.

Here, a further dilemma created is about freedom of thought and expression versus authoritarian repression. The BJP can suppress and bulldoze, they assume it to be their mandate, but the Congress can’t be seen doing so because it has positioned itself as an upholder of democratic freedoms. The Congress places facts each time on reams and reams of paper, but it never gathers momentum. It does not leave the gutter space between newspaper columns to shore up a public uprising against untruths and unfreedoms. The delegation of opposition leaders in Kashmir. Photo: Special arrangement

Be it members of the Nehru-Gandhi family, its core supporters or oppositional collaborators, the singular effort of the BJP has been to project them as morally corroded, as brittle moral figurines or plain amoral apostles. To ceaselessly project them as severely compromised has made a severe dent in public perception.

It is another thing that the BJP or the Sangh parivar’s idea or construct of morality is shallow and is built on a series of mischaracterisations and lies. But the important thing is that the Congress has not applied itself sufficiently to counter this. They do not realise that it is no longer a simple act of placing facts to counter fake news. It is about an enmeshed circuitry of propaganda that cannot be countered with facts alone. It is about layers of logic, reasoning, arguments, circumstances of the past and the present leading to a variety of derived truths.

Beyond dilemmas, there is a moral ground on which every institution – political party or other – stand. This applies to a public person as well. It is, figuratively, a moral space that he or she occupies. It is this ground that offers them legitimacy and raison d’être to speak and act. When this ground quakes or is made to quake, the institution or individual is deeply affected. Everything they say and do becomes questionable, their arguments and actions are pulverised in seconds, and everything about them can be made to look terribly suspicious. There is no defence anymore. The BJP understands this and deploys it as a strategy. When they thunder ‘Congress mukt Bharat’ they also mean to delegitimise the ground on which the party stands and all that it stands for.

Perched in the tallest reaches of power for a prolonged period, this moral ground may have looked insignificant to the Congress. It may have been thought of as irrelevant since the heights had been scaled. But its weakening has a capacity to jolt mortally.

Interestingly, when Chidambaram was arrested, colleagues who tried to help were shown as functioning in a moral vacuum. Their act was spoken of as legal help, not moral support. It was thought of as ranks closing in because the attack could be on someone more important soon. It was about self-preservation, not camaraderie.

When Priyanka Gandhi tweeted support to Chidambaram, the BJP instantly retorted by saying who else but she could understand the pain. The reference was to her husband Robert Vadra, whose woes are long. Further, if Rahul Gandhi and Sonia Gandhi expand on the support, the real and imagined crimes of the dynasty are thrown at them. They are projected as swimming in a cesspool. That’s the image – or meme, should we say. Their defence is made to appear without a moral underpinning. This is one of the most difficult challenges before the Congress, when all that they utter is made morally combustible by the BJP machine. 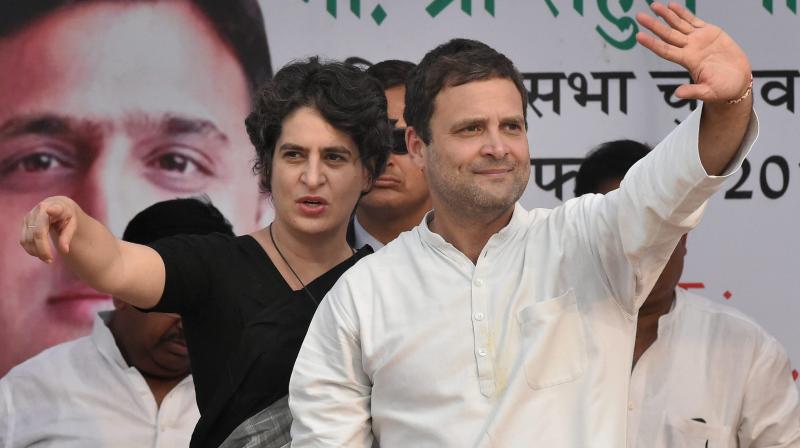 When the big stealth machines of the BJP were operationalised between 2011 and 2014, deploying Anna Hazare, Arvind Kejriwal, their true aim was to vanquish the moral existence of the Congress and its secular partners. That is exactly what the anti-corruption movement did, with data and drama that has now become questionable. After their morality was problematised, morale naturally depleted between the 2014 and 2019 elections. The BJP spoke a scriptural language to say all was fair in a war against what they described as ‘adharma’. The Congress had no scripture to call its own.

Who taught the institutions to jump the wall?

Even as we speak of the BJP’s ruthless means, we also need to recognise the Congress’s own culpability in the matter. Being pushed to the moral corner did not happen overnight. It is easy to decry the ruin of institutions like the CBI, ED, RBI and cast aspersions at the judiciary.

But who taught these institutions to jump the wall and cross the moat? When was the idea of a committed bureaucracy introduced into our polity? When did name-calling of these institutions begin (‘caged parrot’)? This mix of contemporary history and memory has often locked the Congress’s tongue, has slowed its pace on the tracks. It cannot easily deploy high-pitched rhetoric or use moral registers to generate victimhood. When Chidambaram was arrested, as much as people spoke about his shining brilliance, they also spoke of his intransigence and arrogance. There is a very similar mixed-emotion about the Congress party.

The misfortune of Rahul Gandhi was that he recognised this moral puncture at some point, but wasn’t allowed to correct it. How could he, because this was a monumental task that meant razing to the ground the old Congress structure to build a new edifice. Where could he dump the debris, both physical and emotional? He wanted to be Arjuna but was without a Krishna or a quiver of arrows.

The Congress’s revival, if there is one, is about crafting afresh a moral argument to exist, besides other things of course. No level of articulation, learning, lucidity and noise of facts, for all of which someone like Chidambaram is well-known, can supplant a quiet moral force.