'They were 14- and 16-year old and were given electric shocks on their wrists and breasts,' a Chhattisgarh jail officer writes about human rights violations.

Gender is always present in the book, shedding light on an experience so often suppressed or omitted. Photo: Rupak De Chowdhuri/Reuters 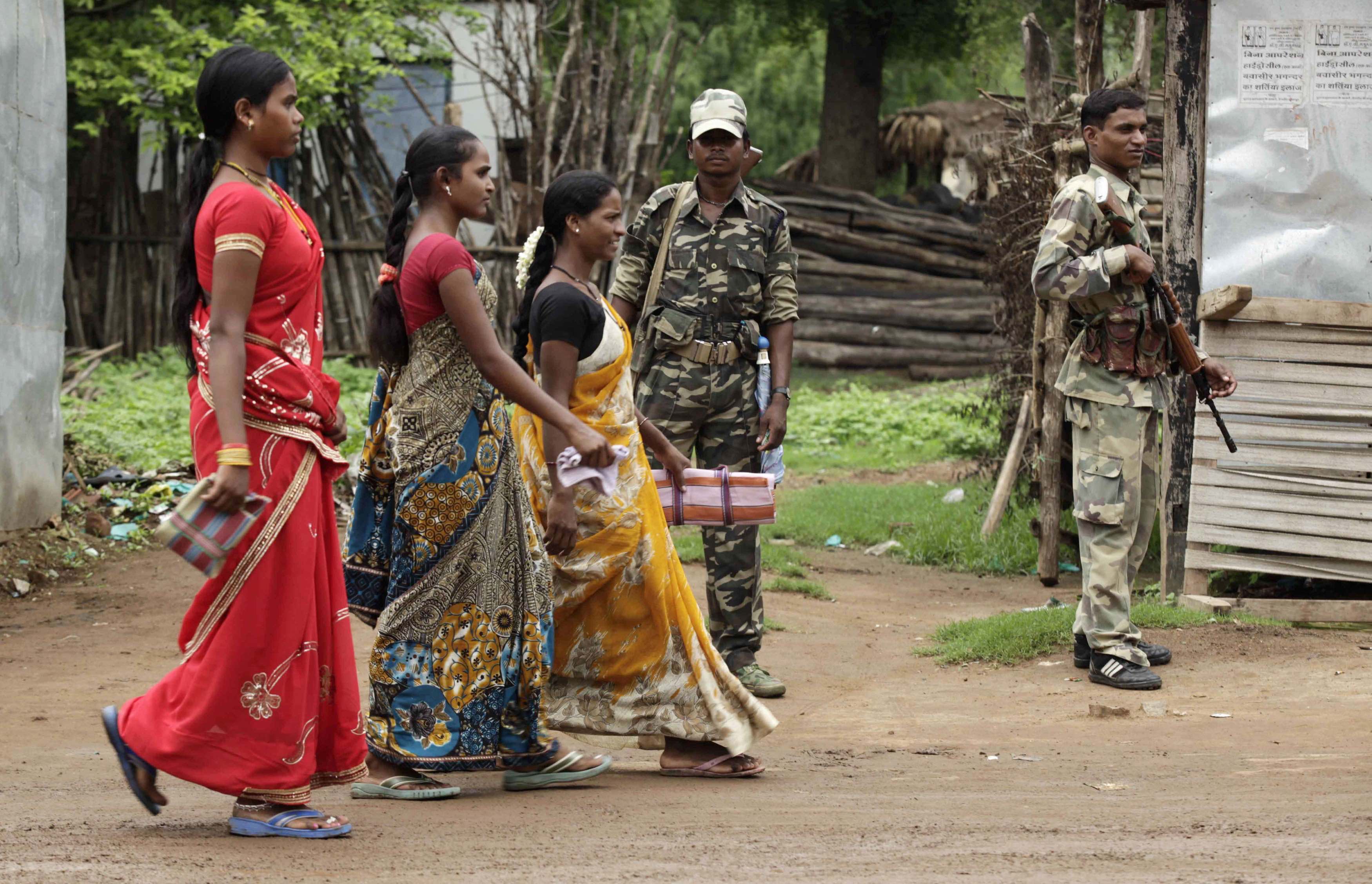 New Delhi: A Chhattisgarh official has riled the government with a Facebook post making serious allegations of human rights violations by the state against Adivasis and questioning how the Naxal issue has been handled. Varsha Dongre, deputy superintendent of the Raipur Central Jail, raised several pointed questions in the post written in Hindi, which she later deleted.

Dongre’s  post came a few days after the April 24  Naxal attack on CRPF personnel in Sukma, Chhattisgarh in which 25 CRPF jawans lost their lives.

“We received information that an objectionable comment on the Naxal issue has reportedly been made by assistant jail superintendent Varsha Dongre, posted at Raipur Central Jail, on social media. A preliminary probe has been ordered,” deputy inspector general (jail) K.K. Gupta told Patrika. Deputy jail superintendent R.R. Rai has been asked to probe whether Dongre wrote such a post or not, and to “ascertain the motive” behind the comment. Dongre will also be given a chance to put forth her side, Gupta added.

The senior jail official said that the state government has already issued guidelines to government officials regarding posts on various social media platforms. “I believe we all need to introspect and the truth will come out. In any incident, those who are getting killed on either side are our own people. They are all Indians. And that is why, whoever is killed, it hurts all of us.

But the capitalist system is being forced in Adivasi areas. Entire villages are burnt and women are raped to push the tribals out of their land and to take control of the forests. If tribal women are suspected to be Naxals, their breasts are squeezed to check if they are lactating.

In the name of tiger projects, tribals are being strategically forced out of their lands and forests even when the constitution’s fifth schedule prevents the military government from taking control of their tribal lands. Is this being done to end Naxalism? Not really.

The fact is that the forests are rich in natural mineral resources and in order to sell them to industrialists and capitalists, the forests need to be vacated.

But the tribals will not vacate them because it is their home. They too want Naxalism to end but the way the protectors of the country rape their daughters, burn their houses and send them to prison in false cases, who do they turn to for justice?

The CBI says it, the Supreme Court says it. This is the reality. If any human rights activist or journalist attempts to find a solution, they are implicated in false cases and thrown in jail.

If everything is fine in the tribal areas, why is the government so afraid? Why is nobody allowed to go there to find out the truth?

I have witnessed 14- and 16-year-old tribal girls being stripped naked in police stations and tortured. They were given electric shocks on their wrists and breasts. I have seen the marks. It horrified me to the core. Why did they use third degree torture on minors? I have given directions for their treatment and necessary action.

Our constitution does not allow anyone the right to harass or torture someone. We must wake up. The fifth schedule must be implemented in the state. A particular kind of development must not be thrust upon the Adivasis.

The Adivasis are preservers of nature. We too must become protectors and not destroyers of nature. Understand the two-faced policies of the pimps of capitalism. Farmers and jawans are brothers. Killing each other will neither bring peace nor development. The constitution is for everyone and everyone must get justice.

I too fell victim to the system but fought against injustice. They tried to break me with their conspiracies. They offered bribes. One may see para 69 of the decision dated 26.08.2016 by Hon’ble Chief Justice of Bilaspur, Chhattisgarh. But their plans were foiled and the truth won. It will always win.

We still have time. But if we fail to stand for truth, the capitalists will use us as pawns and efface all humanity from this country. Let us vow neither to carry out injustice nor to tolerate it. Long live the constitution. Long live India.

In 2006, Dongre had filed a petition with the Chhattisgarh high court alleging irregularities in the public service commission recruitment examination held in 2003, in which she had appeared. After winning the case, she was made deputy jail superintendent

According to a report in Patrika, Dongre reportedly said, “I do not wish to speak to the media about my post. I will speak where I have to.”

(With inputs from PTI Bhasha)

Translated from Hindi by Naushin Rehman. Read the Hindi version of the article here.