In some quarters, there is talk that Congress's Dalit CM push is a mere gimmick and that the party chose the Sidhu loyalist as interim measure to pave the way for the PCC president's eventual elevation if the party wins the 2022 assembly polls.

This is the first time that Punjab will have a Dalit chief minister, even though his time will be limited as the state heads to polls early next year.

The MLA from the reserved constituency of Chamkaur Sahib was part of the anti-Amarinder camp aligned with Punjab Congress Chief Navjot Singh Sidhu, who is being perceived as an instrumental force behind Amarinder’s exit.

However, his name was a major surprise, given that the party MLA from Gurdaspur’s Dera Baba Nanak constituency, Sukhjinder Singh Randhawa, had almost been finalised as chief minister. The decision to pick Channi, it seems, was a last-minute one.

Two major factors played a vital role behind Channi’s selection. First, the choice of Channi suited Sidhu more than Sukhjinder Randhawa, who is a strong leader from Punjab’s Majha area that is known for its panthic politics.

Sources said that Sidhu did not want a heavyweight to assume the chief minister’s role as that could have meant that he would be overshadowed in the run up to the coming assembly election.

It is clear now that Sidhu will emerge as the face of the party for the 2022 assembly polls and mobilise workers on ground in such a way that he will receive the top post if the party wins. Channi does not have the kind of stature and is very unlikely that Sidhu’s eventual elevation will be cause for him to feel affronted.

Secondly, Channi fits well with the state’s dynamic caste equation. Of the approximately 3 crore state population, nearly one third of them, 32%, are Dalits as per the 2011 Census. This makes Punjab the state with the highest percentage of Dalits in the country.

Dalit politics in Punjab was recently in the limelight ever since Shiromani Akali Dal, a Jatt dominated party, stitched an alliance with Bahujan Samaj Party (BSP), a party mainly associated with Dalits, for state assembly polls due early next year.

Also read: Punjab: Despite Strength in Numbers, Why Are Dalits Not Politically Empowered?

With Channi’s elevation, Congress has attempted to win over the Dalit community, whose support is very vital to form a government in the state.

“With a Jat Sikh (Sidhu) as Punjab Congress chief and a Dalit face as chief minister, the party has taken a strategic call in the run up to the 2022 assembly election,” said political analyst Harjeshwar Pal Singh. 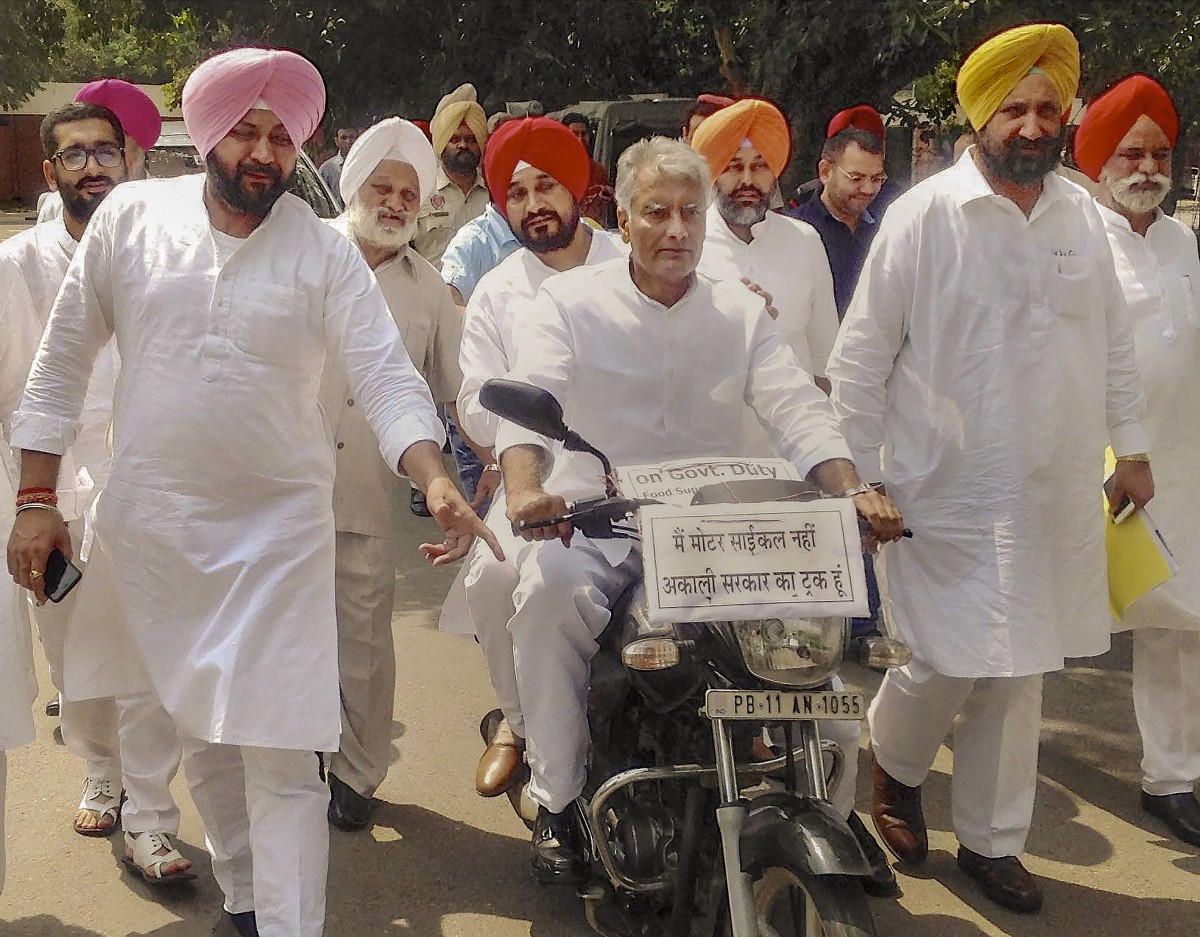 However, many believe Channi’s appointment is a merely a stop gap arrangement and at the same time, a gimmick to win Dalit votes.

Political analyst Khalid Mohammad is of the view that Channi’s appointment is merely an interim arrangement made at the behest of Sidhu.

“His appointment has made it clear that it is Sidhu who has been able to convince the Gandhi family to appoint a man of his choice so that he becomes a larger figure than the CM in the run up to the state election. He can run the party as well as influence  government decision making, which was not possible under Captain,” he said.

Khalid added that Channi is not known as an influential Dalit leader within the party and outside.

According to Khalid, if the party is able to retain the majority in the next Vidhan Sabha, Sidhu will have his way. But before that, Congress will have to solve its infighting problem. The real tug of war will begin when ticket distribution starts, he said.

Ashutosh Kumar, professor of political science at Panjab University, too says that Channi’s appointment signals clearly that it is Sidhu who is calling the shots within the party.

“I think it is Sidhu who vetoed Randhawa since he knew Randhawa was a heavyweight politician and difficult to handle,” he said

After Channi’s announcement, Randhawa told the media that he was not at all disappointed and rather happy with Channi’s elevation.

Captain Amarinder Singh too welcomed the appointment of Channi.

Hectic parleys ending with a surprise

There were hectic parleys throughout the day on Sunday. As there was no consensus on the name of the next chief minister, the Congress even deferred its CLP meeting, held under Punjab Congress affairs in-charge Harish Rawat, and scheduled on Sunday at 11 am.

Every half hour, a new CM face appeared to emerge. Sunil Jakhar, the party’s Hindu face, was the front runner till some time ago. Sources said more than 30 MLAs were in favour of Jakhar, along with the party high command.

Earlier, senior party leader Ambika Soni declined to become the chief minister and favoured a Sikh name. The name of Pratap Singh Bajwa was discussed. But since he did not have a good equation with Sidhu, he was also understood to have ben dropped.

By 3 pm, Sukhjinder Randhawa had been finalised. Party MLAs even gathered at his residence to congratulate him. But by 5 pm, it was Channi’s name which was announced.

Soon after, Channi went to the Punjab governor’s house.

After a nearly one-hour meeting with the governor, Channi told reporters, in the presence of Sidhu and other leaders, outside Punjab Raj Bhawan that he will take oath as chief minister on Monday at 11 am.

“After the swearing-in ceremony, I, along with party chief Navjot Sidhu, will address the media,” he said.

From councillor to CM

A three-time MLA, Channi, 48, was Minister of Technical Educational and Industrial Training in the outgoing cabinet of Captain Amarinder Singh

He began his political career as a councillor in Chamkaur Sahib municipal body and then served as its head. He was the leader of opposition in the Punjab Vidhan Sabha from 2015 to 2016.

Channi was once a close aide to Captain Amarinder Singh but grew to be an important member of Sidhu’s camp and was instrumental in the ouster of Singh. He often blamed the Captain for surrendering the government to bureaucracy and his internal circle.

Channi has had his share of controversies in the past.

There were media reports in May on the Punjab Women Commission issuing a notice to the Chief Secretary seeking a status report within a week in a two-and-a-half-year old case of alleged harassment of a women IAS officer, involving Channi.

Channi had alleged that a political conspiracy was afoot against him, and that the allegations were not true.

Soon after the announcement, BJP’s ‘IT cell’ in-charge Amit Malviya issued a tweet on the matter.

In a statement, AAP expressed hope that Channi will fulfil all promises made by the Congress in 2017 during his four or five-month tenure, as the ruling Congress has not been able to deliver on a single promise.

The AAP said the last four-and-a-half years of infighting in the Congress for ‘grabbing and building chairs’ had wiped out the entire system of government in Punjab and that people have had to pay a heavy price for this.