While the party though A.S. Deol's resignation would placate Sidhu, he continued his attack against the Channi government. In response, Channi blocked the resignation. Chandigarh: The uneasy truce between Punjab chief minister Charanjit Singh Channi and Punjab Pradesh Congress Committee chief Navjot Singh Sidhu appears to have shattered – and perhaps even reached a point of no return – in the wake of day-long drama around the resignation of the state advocate general (AG).

The news of A.S. Deol’s resignation was public by Monday (November 1) afternoon. But by late evening, the story had changed; Deol appeared before the media, declaring that the speculation of his resignation was baseless.

Behind this story and its twists lies the major tensions within the beleaguered Congress in poll-bound Punjab, which were first exposed when Sidhu was made Punjab Congress chief in July. The drama reached a peak when Amarinder Singh was replaced by Channi in September, and the party is now struggling to handle Sidhu-Channi conflict.

Sidhu – backed by Rahul Gandhi and Priyanka Gandhi Vadra – managed to unseat Amarinder in September. But little did he know that Gandhis will ditch him too, by making Channi the chief minister instead.

It was therefore not surprising when Sidhu embarrassed Channi by resigning from the post of Punjab Congress chief a week after Channi’s elevation, alleging that the new chief minister took same path as Amarinder by siding with corruption and appointing Deol as the top law officer and I.P.S. Sahota, who in the past allegedly played a key role in protecting those involved in sacrilege and drugs cases, as Punjab DGP.

Channi’s acceptance of Deol’s resignation is reportedly part of that party’s efforts to pacify Sidhu and convince him to officially withdraw his resignation. This is seen as required to strengthen the party ahead of the 2022 assembly elections.

But differences between Sidhu and Channi, as well as party high command, are far from over, as was exposed by Monday’s drama.

While the party was expecting Sidhu to relent after Deol’s resignation and was preparing to appoint a new AG, he instead went on the offensive against the Channi government while addressing a public meeting on Monday evening.

As soon as Sidhu posted his public address on social media handles, the Channi government, sources told The Wire, responded by halting Deol’s resignation. Even Deol told the media that Sidhu was exerting pressure but he continued to be AG.

During the day, Channi is claimed to have made a historic decision by slashing power tariffs by up to 75%. All major newspapers in the region on Tuesday carried full-page advertisements of the Punjab government, praising the Channi government’s latest decision ahead of the 2022 assembly polls.

But speaking at a function organised by Sanyukt Hindu Mahasabha in Chandigarh’s Punjab Bhawan, Sidhu launched an attack on Channi by questioning the announcement. “Don’t give freebies to people, give them a roadmap,” was Sidhu’s message.

Even though he did not name Channi directly, Sidhu’s attack was clear when he said that those who were claiming that Punjab’s coffers were overflowing (Channi had recently claimed that there is no dearth of funds in Punjab government for welfare schemes) were making a fool of people. If that is so, why were contractual employees protesting for months due to improper wages, he asked.

Sidhu said that the fact is that Punjab is under a debt of Rs 5 lakh crore. “If people think this debt will be repaid by the government, they are mistaken. It is the people who have to pay it,” he said.

He then said, “That is why wherever there is a question of compromise, I reject any position so that I don’t lose your trust. I am willing to lose everything since it is a dharamyudh for me. I would continue to tell people that they should vote on agenda and not on lollipops,” he said. 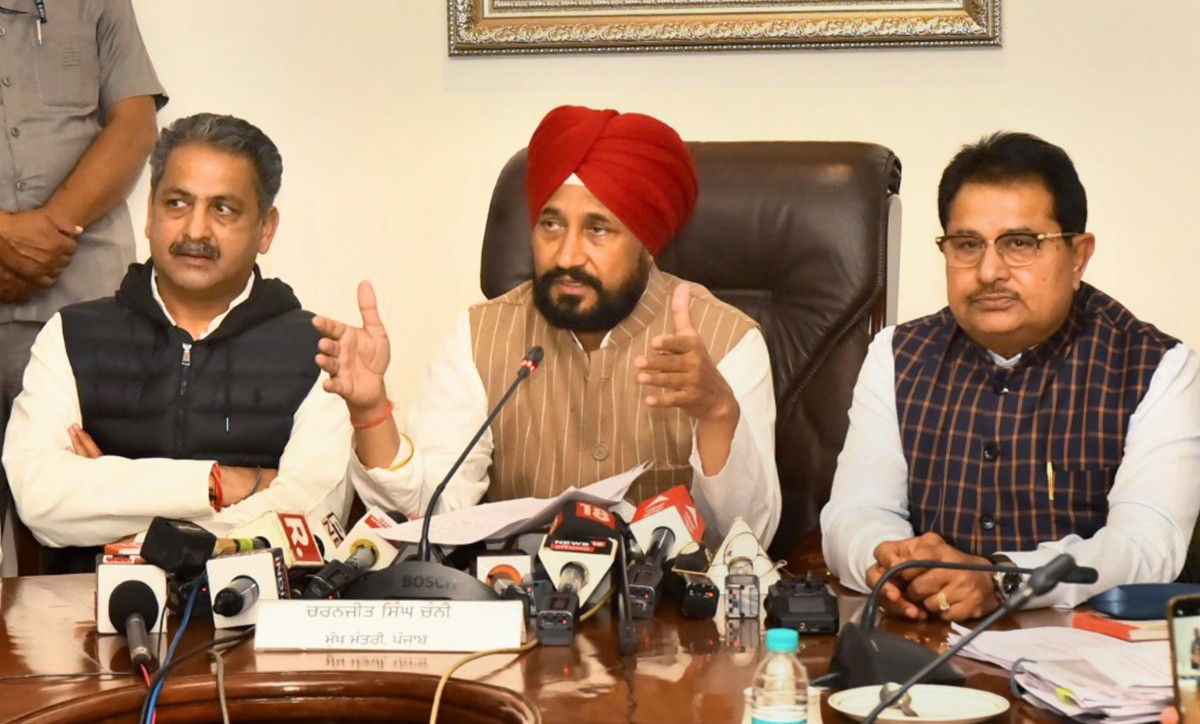 He then questioned the practice of offering sops to voters ahead of the elections. “How will the stock of Punjab’s people improve? Does anyone ask? There are two ways – either you give in the last two months, this free, that free, offer them the stars after five years of political slugfest. Or you ensure the welfare of the people gradually with the right intent. For welfare you need a roadmap.”

Political commentator and history professor Harjeshwar Pal Singh told The Wire that it appears from the latest fiasco over the AG matter that Sidhu’s position in the Congress is becoming more untenable with every passing day.

“If things continue like this, days are not far when Sidhu will leave the Congress or the latter will force him to exit after appointing someone else as Punjab Congress chief,” he said.

He added the fact that Channi halted the AG’s resignation at the last minute is a signal that the party high command is forced to think beyond Sidhu now.

“There was a time before Captain’s replacement that Sidhu was supposed to lead the party into elections. That is why the Gandhis dethroned Captain. Now Sidhu too has become a major headache for the party after the Gandhis did not make him chief minister. His public address and open fight with Channi is not helping Congress before the 2022 elections,” he said.

He also added that Channi is connected to the people. He can swing Dalit votes for the party as Punjab’s first Dalit chief minister. “If the party feels that Sidhu continues to be a liability as he is proving to be, Congress may change its strategy and enter the 2022 assembly fight under Channi. Whether Sidhu then joins AAP or finally leaves politics is anyone’s guess.”

Senior journalist Jagtar Singh said that Sidhu blunted the advantage that Congress could have after Channi’s announcement of the power tariff slash.

He said Sidhu is more articulate in opposing Channi than the opposition in Punjab. “The basic problem is that he failed to reconcile to the fact that the Channi has been appointed as chief minister. He himself wanted to be the chief minister.”

“With the given situation, Congress can’t go to the election arena with Sidhu as PPCC chief… The district Congress committees are not yet revamped, with elections just around the corner. Sidhu is not attending to party affairs at all. The central leaders of the party must immediately take a decision on Sidhu or else things will be too late,” he said.