In what could portend a similar trend in Punjab, AAP, which fought the civic election for the first time, emerged a major gainer. 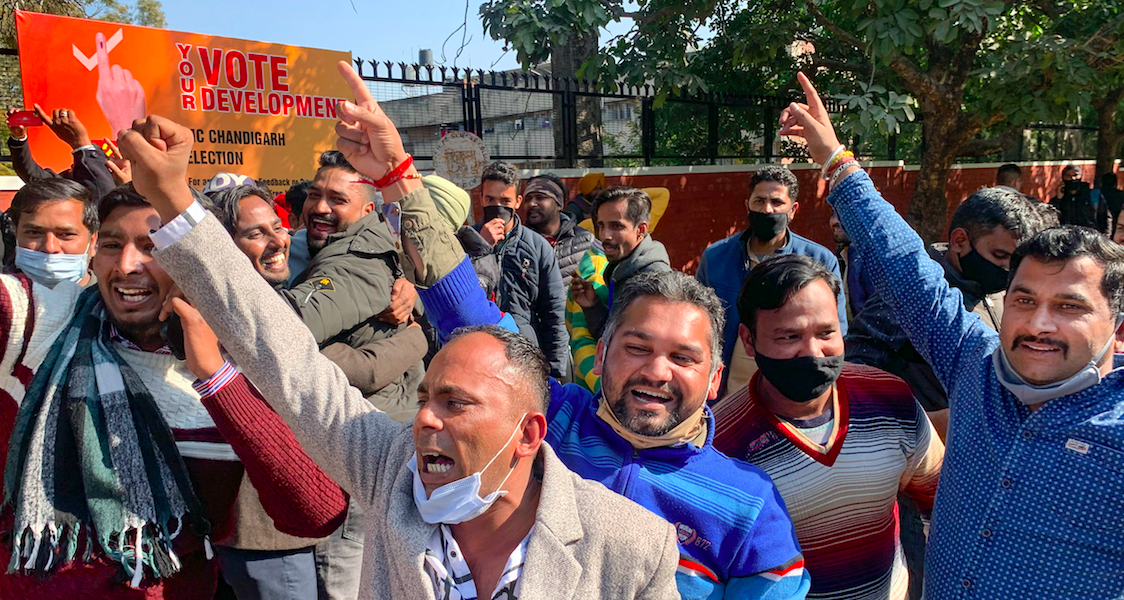 Chandigarh: Nearly a month after Prime Minister Narendra Modi apologised to the nation for the three controversial farm laws brought by his government, Bharatiya Janata Party (BJP) faced a massive defeat in the Chandigarh civic polls, in territory it was ruling since 2016 with a two-third majority.

While it had been speculated that Congress would grab the anti-BJP vote, Aam Aadmi Party (AAP) that fought these polls for the first time, emerged the major gainer by winning 14 out of 35 seats in the Chandigarh Municipal Corporation.

The ruling BJP was reduced to just 12 seats while Congress could not win more than eight seats. One seat went to Shiromani Akali Dal.

This was the first polls held in northern India after BJP’s repeal of the farm laws, which is also expected to have a significant role in the outcome of the coming assembly polls in Uttar Pradesh and Punjab.

AAP’s Chandigarh convenor Prem Garg told The Wire that defeat of the BJP in Chandigarh civic polls is a clear referendum on its “blunder on the farm laws and its failure to control inflation.”

Also read: Why the Rollback of Farm Laws May Not Pay Off for BJP in Punjab Elections

“People also taught BJP a huge lesson for its misgovernance in Chandigarh, the country’s first planned city, wherein the civic infrastructure has gone from bad to worse in the last five years of its rule in the MC,” said Garg.

He said by also not voting for Congress, people have sent out a clear message that they want a change from BJP and Congress.

“Chandigarh is just a trailer. Punjab is our next target where people will also vote for change from traditional parties,” said Garg. 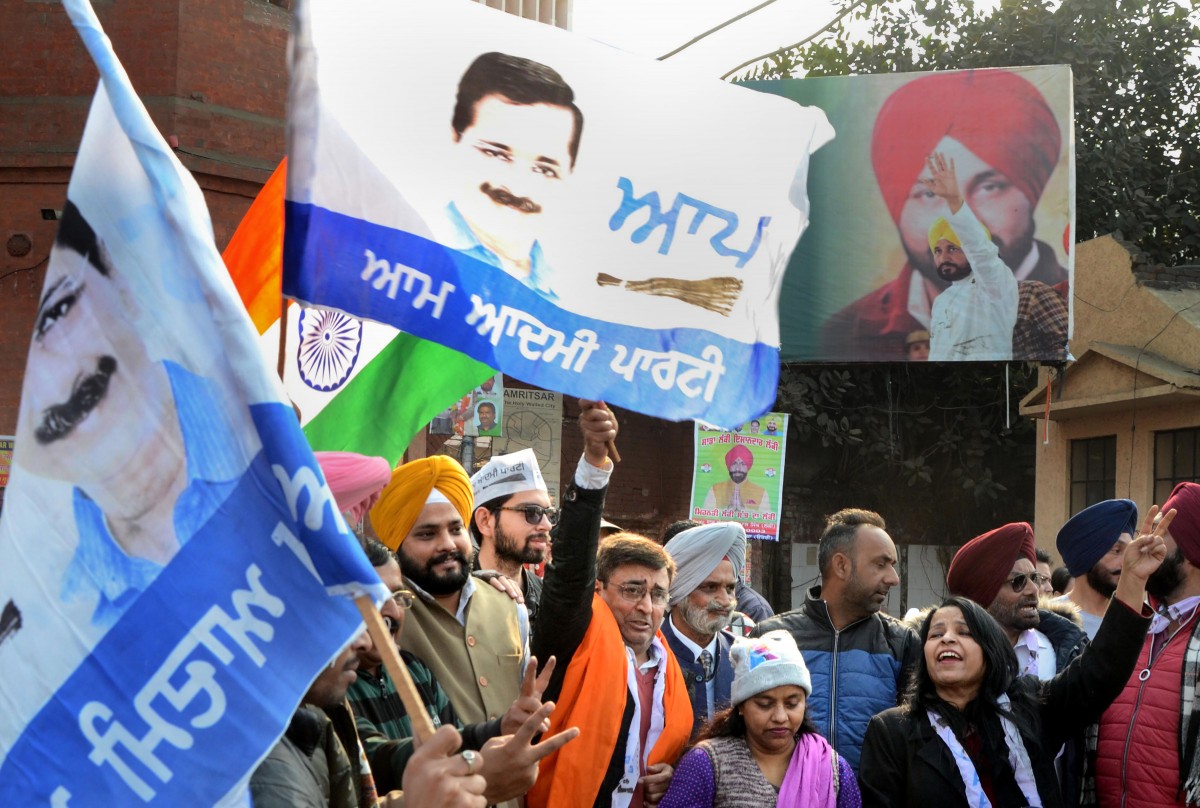 In Chandigarh, the mayor’s term is for a year. Every year, existing members of the MC house elect a new city mayor.

Ever since BJP got the brute majority in the Chandigarh polls in 2016 (21 out of 26 seats that were increased to 35 seats in this election), there has been constant infighting within the party for the mayor’s post.

But there appears to have been no course correction. As a result, BJP miserably failed in setting up a proper waste management system for Chandigarh, causing its ‘City Beautiful’ tag to appear facetious.

The Chandigarh MC under BJP even failed to execute basic civic duties, like timely construction of roads and flood management system for a city that has a global appeal.

Chandigarh, being a Union Territory, is directly under control of the BJP-ruled Union government. Actor Kirron Kher has represented the city as BJP MP since 2014 and many believe that a chorus will grow within the local BJP for a leadership change.

How badly BJP has performed can be gauged from the fact that its outgoing mayor Ravi Kant Sharma has been defeated soundly, apart from the loss of seats of two ex-mayors, including Davesh Moudgil.

“We were expecting a far better result since BJP had delivered in Chandigarh. While we will sit and find out the reasons behind our not-so-good performance. We will not stake claim for mayorship and sit in opposition,” said Sood.

The defeat of the BJP was even more serious despite the fact that it had a star-studded campaign. Several central leaders including Piyush Goyal besides many chief ministers like Jai Ram Thakur from Himachal Pradesh and Manohar Lal Khattar from Haryana, campaigned here for the party.

On the other hand, AAP largely ran a quiet, focused ground campaign in wards. Aside from Kejriwal’s one rally two days before voting on December 24, where he appealed to voters to give his party a chance, most of AAP’s campaign here was run by local leaders of the party.

Overall, the major focus of AAP was in wards where the performance record of MC under BJP was very poor. It also targeted lower middle class populations in colonies and villages. 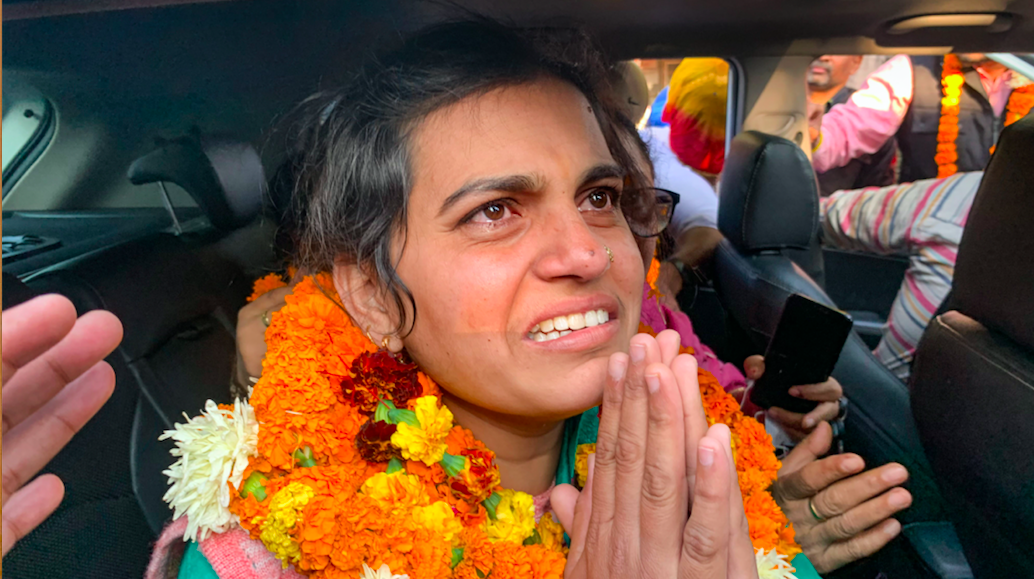 The defection of several Congress leaders to AAP also helped the party to build the ground organisation. In the 2019 Lok Sabha polls, AAP’s vote share was mere 3.8%. In the municipal polls, it has now increased to 27%.

Senior leader of the party Raghav Chadha said in a media address here in Chandigarh that it was a “victory of Kejriwal’s model of governance as people were yearning for a change for years.”

Prem Garg, AAP’s Chandigarh convener, also told the media that the party registered wins from all corners of the city, which means that people from all segments voted for the party.

“AAP today represents the aspiration of all segments and this reflects in the victory of the party,” he said

AAP is still short of four seats from the majority, which means that it will have to work on different permutations and combinations in order to wrest the mayor’s seat in Chandigarh. Ex-Congress mayor and now AAP leader Pardeep Chhabra may play a vital role here.

Congress could not ride upon anti-BJP votes

It was anticipated that AAP’s entry will cut Congress votes instead of BJP’s and pave the way for BJP’s victory in the municipal polls.

This, however, did not work out. It was the AAP that became the major puller of anti-BJP votes, indicating the failure of the Congress to emerge as an alternative to BJP, a similar trend that has been seen in other places as well.

The loss of the Congress is blamed on the failure of the current leadership to infuse confidence among city residents, many believe. For a long time, the party in Chandigarh was under the control of former Union railway minister and interim treasurer of All India Congress committee, Pawan Bansal.

He lost back to back parliamentary elections to BJP’s Kirron Kher in 2014 and 2019 and since then failed to bring considerable change in the Congress.

One major failure of the Congress is that it ran a poor campaign. It could not manage to bring Punjab CM Charanjit Singh Channi and Punjab Congress chief Navjot Singh Sidhu to campaign here for the party even though both these leaders have respective residences in Chandigarh.