A person occupying constitutional position requiring independence is expected to have no encumbrances that would require him to seek favours from any government, Central or state. 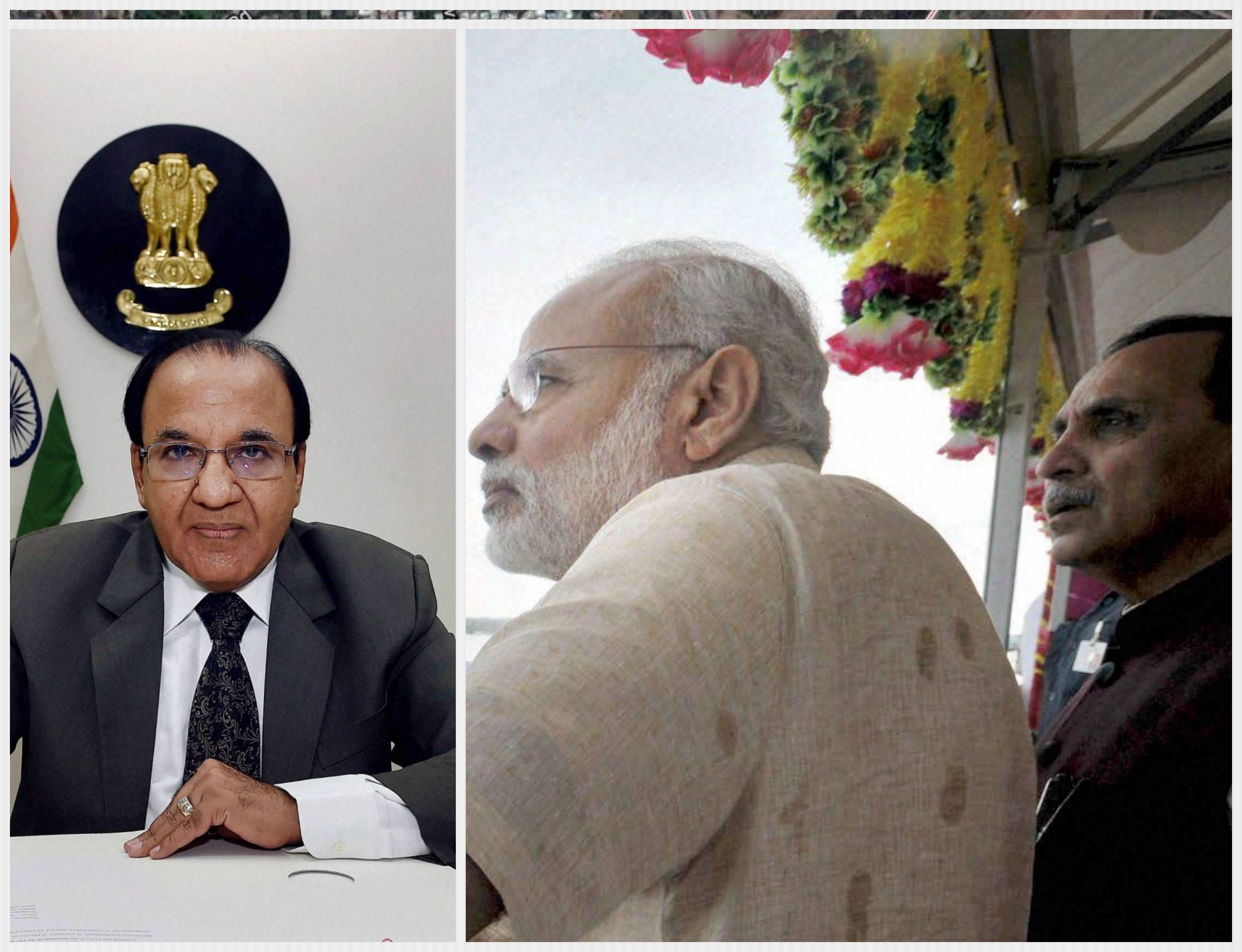 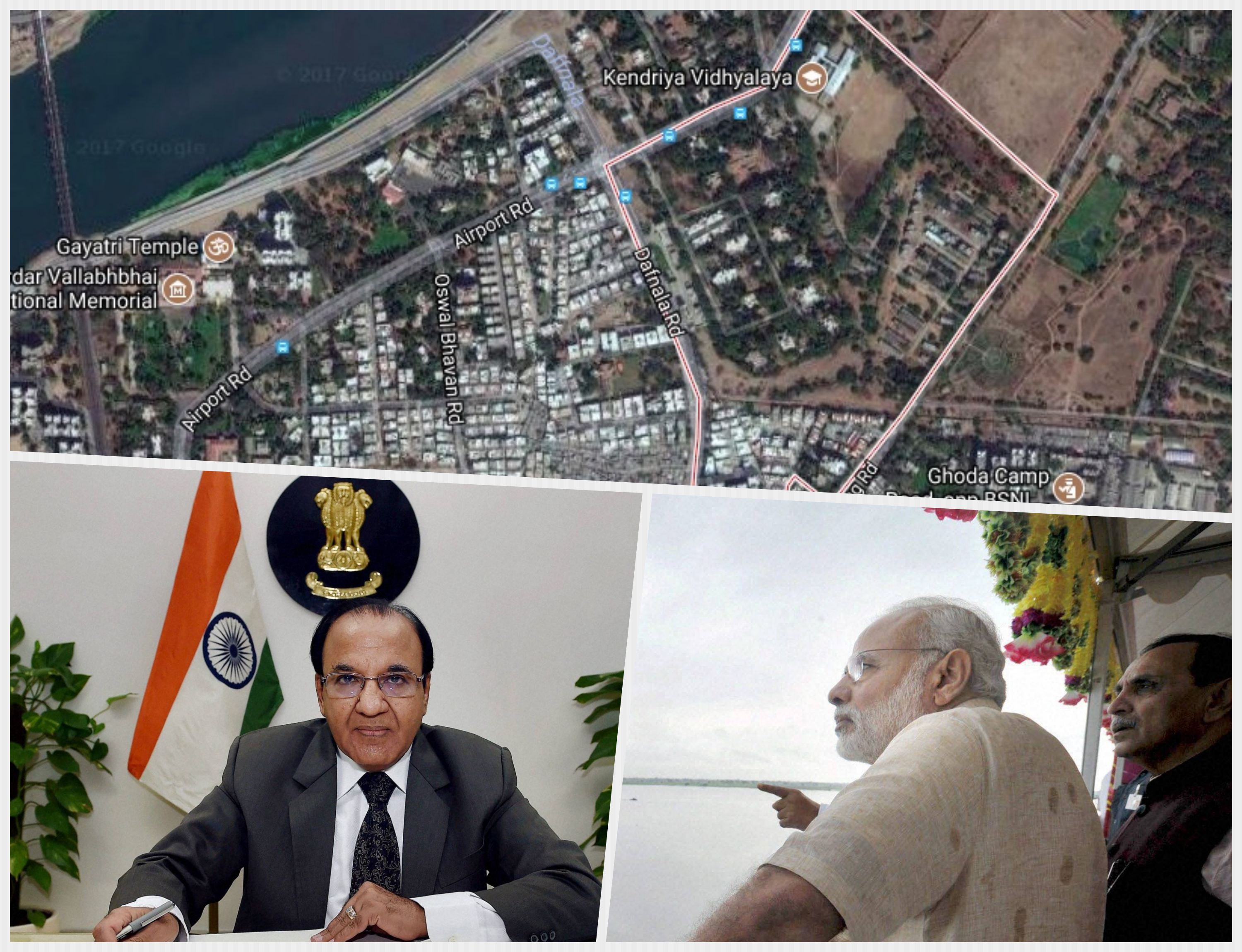 New Delhi: Court documents related to a case filed by a senior police officer at the Central Administrative Tribunal, Guwahati bench, show that chief election commissioner (CEC) Achal Kumar Joti had not vacated a bungalow allotted to him by the Gujarat government in Ahmedabad while he was in government service until at least late 2016 – more than a year after he had taken charge of a constitutional position that requires his complete independence from political parties and governments.

The revelation assumes significance in the light of the controversy triggered by the ECI’s October 12 decision to break with  practice and defer the announcement of Gujarat’s assembly election dates, thereby delaying implementation of the model code of conduct that is meant to level the playing field between a ruling party, in this case the BJP, and its rivals. The move has been criticised by not just the opposition but also former CECs.

Joti is a 1975-batch Gujarat cadre IAS officer who held top positions in the state including secretary of industries, revenue, water supply, principal secretary (finance). He also served as chairman, Kandla Port Trust before finally retiring as the chief secretary of Gujarat on January 31, 2013. He was thereafter appointed vigilance commissioner in the state vigilance commission. The Narendra Modi government at the Centre made him an election commissioner at the Election Commission of India on May 13, 2015 and he took over as CEC on July 6, 2017.

Since Joti has been occupying a constitutional position since 2015, his decision to hold on to the Gujarat government-allotted accommodation he was earlier given – and his subsequent request to the state government for special consideration – raise questions about his ability to independently discharge his duties at the ECI.

The case files of Satish Chandra Verma, IPS versus the state of Gujarat at the CAT, Guwahati note, “Out of those in unauthorised possession [of accommodation], there was a most noteworthy case, viz of Shri A.K. Joti, the present Chief Election Commissioner of India…Before his term as Vigilance Commissioner in the State Vigilance Commission ended, he was appointed as Election Commissioner in the ECI, New Delhi, and joined there in the month of May 2015. However, he did not vacate his bungalow in Ahmedabad, did not make any representation, and continued with the unauthorised occupation.” 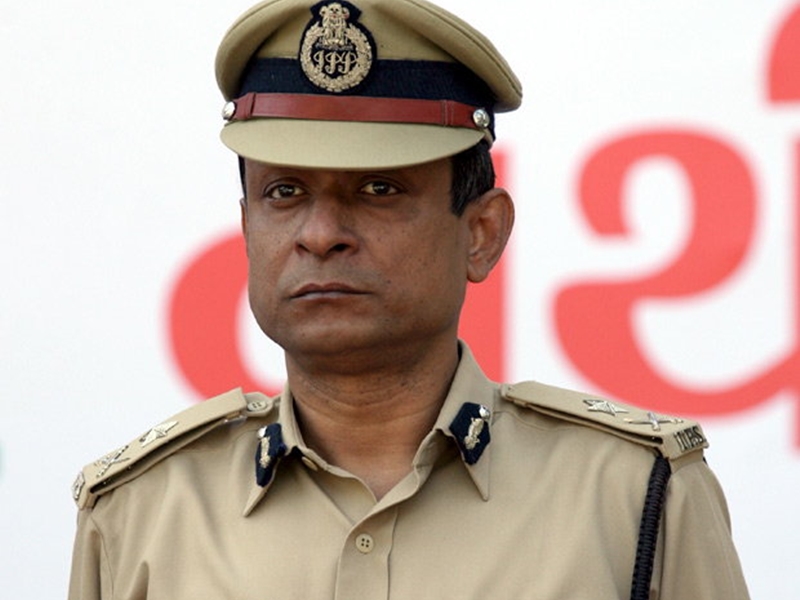 The case pertains to IPS officer Satish Chandra Verma who is contesting a Gujarat government order which asked him to vacate his government accommodation immediately upon his transfer from Gujarat to Meghalaya. Verma was part of the special investigation team that probed the Ishrat Jahan fake encounter which led eventually to the chargesheeting of several Gujarat police officers and he says this has prompted the state government to adopt a vindictive attitude towards him.

In his defence, he has cited RTI documents which allegedly showed that the decision to evict him was taken by the accommodation allotment committee under the Gujarat government even as “there were several officers in unauthorised possession of their accommodations.”

Verma claimed that he “was selectively picked for a specific mention, consideration, and decision to evict as well as recover market rent.”

With Joti already under fire for his failure to provide a “credible answer” to the charge that he had  undermined the independence of the ECI by delaying the announcement of poll dates for Gujarat, Verma’s revelation that the CEC has been a beneficiary of the Gujarat government’s favouritism on the question of housing is likely to raise questions about propriety and conflict of interest.

The court documents mention Verma as saying that “the government of Gujarat has been most benign about it (Joti retaining the bungalow).”

The documents show that top officials of the Gujarat government were in the know of Joti overstaying in his accommodation.

A government order copied to two officials, along with state-level engineers, shows that Joti may have been paying only the earlier flat rate rent for the allotted bungalow till (at least) June 30, 2016.

A letter dated April 2, 2016, signed by the superintending engineer, chief engineer, and additional secretary (R&B), and attached in the case documents, said, “Since 12/05/2015, Shri Joti has taken over as the Chief Election Commissioner (sic) at Delhi. And he has continued the occupation of the above -mentioned bungalow (No.26, Shahibaug, Dufnala) without making any representation. Therefore, it is requested to present in Accommodation Allotment Committee for decision regarding the rate at which the rent should be recovered from Shri Joti with effect from 12/05/2015.”

Another corresponding letter, signed by the additional chief secretary, general administration department and the additional chief secretary, finance department of the Gujarat government, said, “As per the decision of the Accommodation Allotment Committee on 20/05/2016, Shri Joti has been given a notice on 03/06/2016 for vacating his bungalow. Shri Joti has paid rent of the allotted bungalow at flat rate till 30/06/2016.”

The letter also further states that Joti did, in fact, give his reasoning for retaining the house but only in June, 2016, when he was serving as one of three election commissioners in Delhi. “As per his representation dated 09/06/2016, both knee-caps of his wife has been operated and thus frequently hospital is to be visited for check-up, therefore, he has sought permission to continue the allotted bungalow no. 26 till October, 2016,” the letter added.

The current status of the bungalow is not known – The Wire has not yet received answers to the questions it sent Joti. But according to the documents Verma submitted to the CAT on December 15, 2016, Joti has apparently been occupying his Ahmedabad bungalow – even as he served as election commissioner in Delhi – till at least that point.

Verma has argued that he had also been paying rent for his government accommodation which he needed for compelling familial reasons and had also been serving intermittently in Gujarat in various positions after having been transferred out of Gujarat to the north-east region of India.

Notwithstanding Verma’s case, the matter of Joti retaining Gujarat government privileges may be of greater importance as he has already retired and is currently serving a constitutional position where the expectation is that he would have no encumbrances that would require him to seek favours from any government, Central or state.

Last week, the ECI came under attack by previous chief election commissioners and opposition parties for defying convention by not announcing the dates of Gujarat polls even as it declared the dates for Himachal Pradesh assembly elections. After 2002, the dates for election to both states have been announced simultaneously. Indeed, the counting of ballots for both states will take place on December 18.

While Joti has not responded to The Wire, he spoke to the Times of India on the matter. According to the report, he has denied seeking any undue favours from the Gujarat government. Joti, however, accepted that he had sought Gujarat government’s permission to retain the bungalow in Ahmedabad after being appointed in the ECI.

“I was allocated a house in Delhi only after one year of being appointed in the EC. I requested the Gujarat government to allow me to keep possession of the house in the Dafnala area of Ahmedabad as I could not have lived with my wife for a year in Delhi’s Gujarat Bhavan. I have paid the rent as per Gujarat government norms,” he told the Times of India, making it clear that he stayed at New Delhi’s Gujarat Bhawan for a year on being appointed as the EC.

He also claimed that he “immediately vacated the Ahmedabad bungalow in October 2016” and that “all these facts are on record.”

Despite his clarification, the selective policy that the Gujarat government followed in allowing Joti to retain the house while asking IPS officer Verma to vacate the house upon transfer may raise more questions.

Going by Joti’s claims, he was allocated a house in Delhi in May or June 2016, a year after his appointment in the EC on May 13, 2015. He, however, did not give any reason for seeking Gujarat government’s permission to retain the house until October 2016.

Additionally, Joti also did not clarify why he made his “representation” in front of the Gujarat government to seek permission to retain the house only in June 2016 (as the Gujarat government’s letters annexed in the court documents show), by which time he was already serving in the ECI for more than a year.

This story has been updated to include Achal Kumar Joti’s response to the Times of India.