Sisodia claimed he was being targeted because of the positive work done by the Delhi government, and said "truth will come out in court". 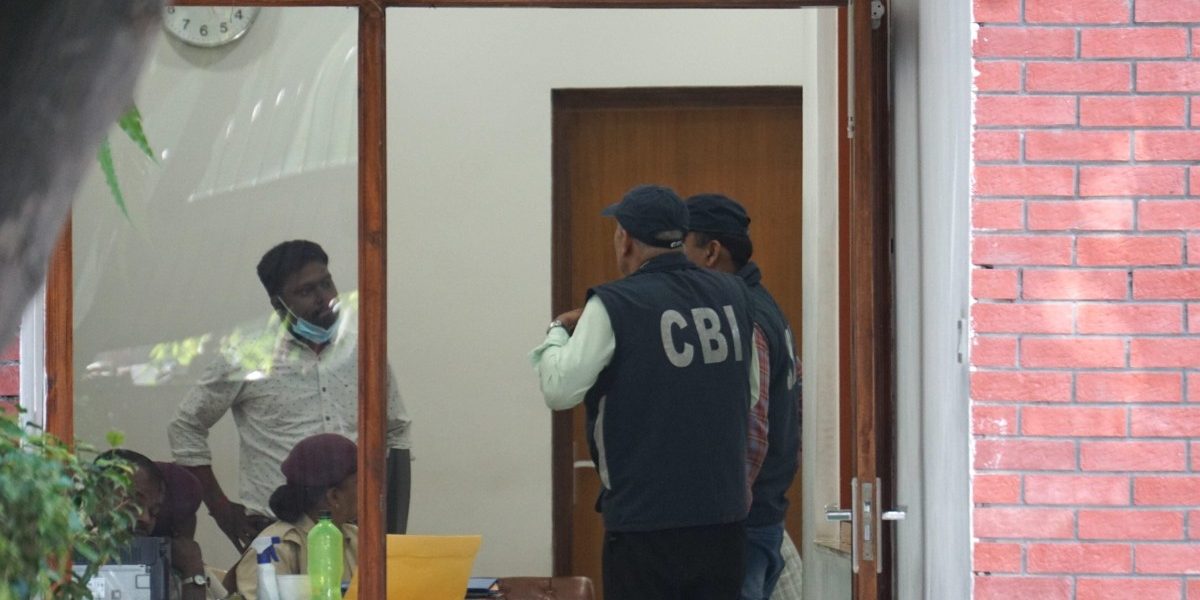 New Delhi: The Central Bureau of Investigation (CBI) has named Manish Sisodia as the accused number 1 of the 15 accused in the first information report (FIR) registered in connection with the alleged irregularities into the now-withdrawn Delhi liquor policy.

According to the FIR, the accused have been booked for “criminal conspiracy, falsification of account and undue advantage”, punishable under Section 120-B (punishment of criminal conspiracy) and 477A (falsification of accounts) of the Indian Penal Code (IPC) and Section 7 (taking undue advantage to influence public servant by corrupt or illegal means or by exercise of personal influence) of the Prevention of Corruption Act 1988 (amended in 2018).

The central probe agency since Friday, August 19, morning carried out searches at 21 locations in Delhi-NCR, including at the premises of the deputy chief minister Sisodia and IAS officer Arava Gopi Krishna, after registering an FIR in connection with the Delhi excise policy case, officials said.

The CBI registered the FIR in connection with the alleged irregularities in the formulation and execution of the Delhi Excise Policy brought in November last year, they said.

During the search operation, the CBI teams reached 21 locations, including the premises of four public servants including Sisodia and former excise commissioner Krishna, a 2012-batch IAS officer from the AGMUT cadre, they said.

“CBI is here at my residence. I will cooperate with the probe agency, they will not find anything against me,” Sisodia tweeted. He claimed that the Union government authorities are troubled by the excellent work done by the Delhi government in the health and education sectors and that is why ministers of both departments are being targeted. “Truth will come out in the court,” he said in Hindi.

The Delhi government’s school education policy – and Sisodia’s role in it – has been the topic of conversation and received some acclaim. 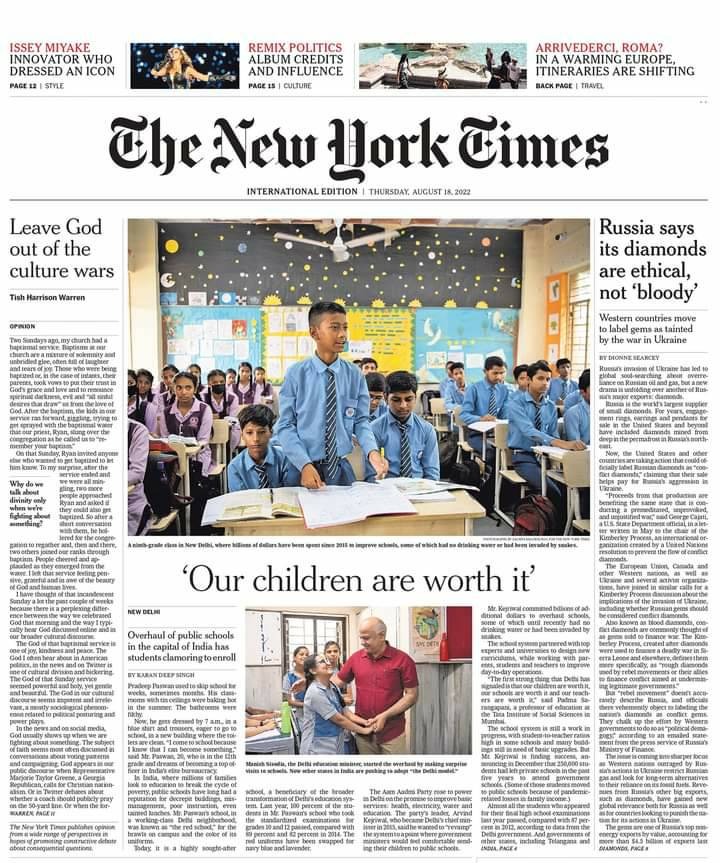 An NYT front page on the Delhi government’s education policy.

Delhi LG V.K. Saxena had recommended a CBI probe into the Kejriwal government’s Excise Policy, 2021-22, over alleged violations of rules and procedural lapses. “Minister In-charge of the Excise Department, Manish Sisodia took and got executed, major decisions/actions in violation of the statutory provisions and the notified Excise Policy that had huge financial implications,” Saxena had said, according to NDTV.

Apart from this there were also “deliberate and gross procedural lapses” to provide post tender “undue benefits to liquor licensees”, said the officials.

Reacting to the raids, Sisodia said the CBI is welcome and asserted that the truth will come out.

In a series of tweets, he said these people are troubled because of the excellent work done by the Delhi government in the health and education sectors.

That is why ministers of both departments are “targeted” to stop us from good work in health and education sectors, he said.

“The allegations against both of us are lies. Truth will come out in court,” he said.

In July, Assam chief minister Himanta Biswa Sarma had filed a Rs 100 crore defamation case against Sisodia for accusing him of ‘brazen corruption’ under the ‘pretext of Covid-19 pandemic’. The Delhi deputy chief minister’s remarks were in reaction to a six-month-long investigative story done by The Wire jointly with Guwahati-based news portal The Crosscurrent. The series was based on Assam government’s RTI replies on emergency supplies during the pandemic. In June, Sarma’s wife Riniki Bhuyan Sarma also filed a Rs 100 crore defamation case against Sisodia based on the same press conference he held in New Delhi. Sarma is seen as close to Union home minister Amit Shah.