The Call From Gujarat: BJP Can Be Undone in 2019

Will the opposition take up the big challenge facing India's cultural and social fabric? 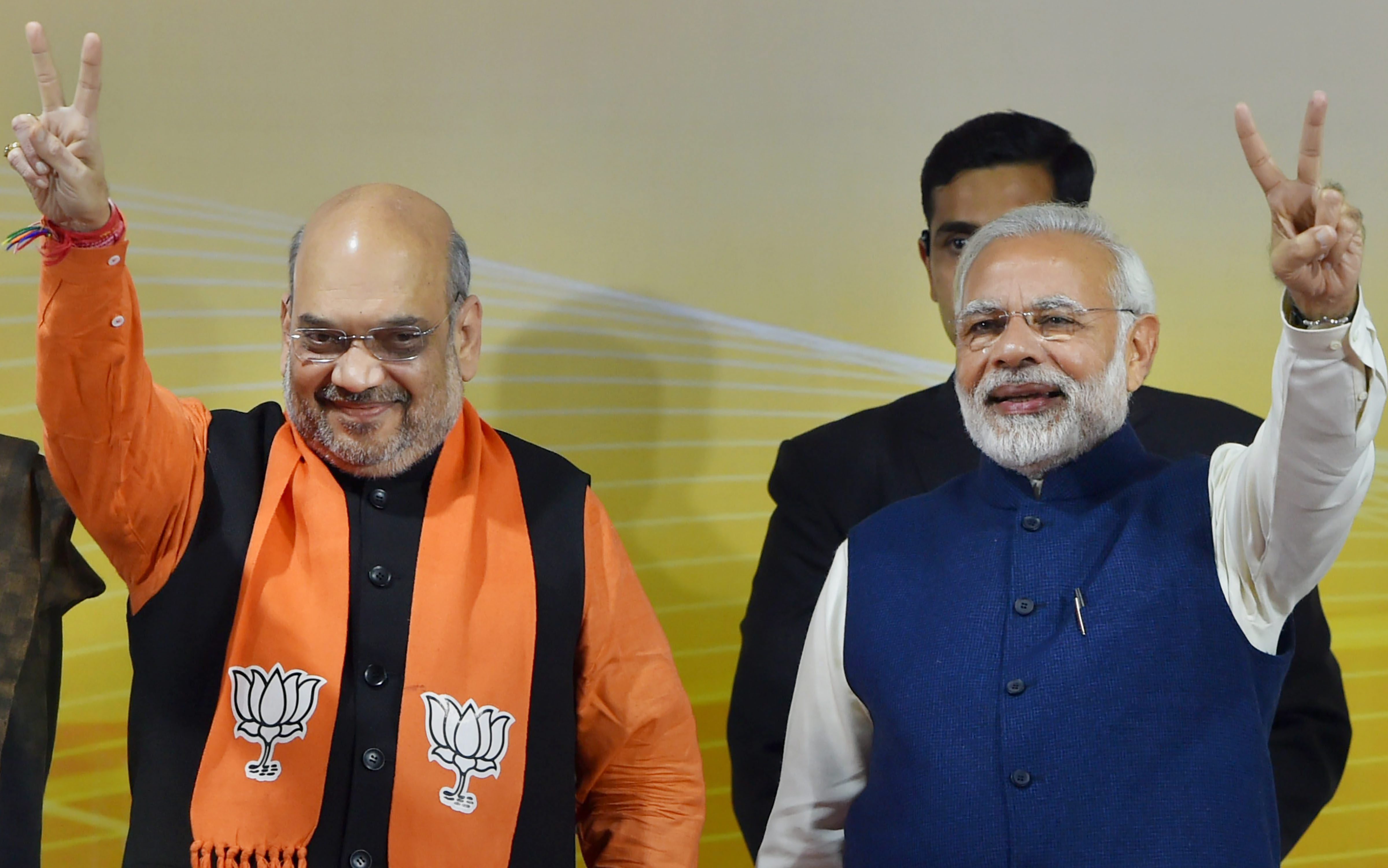 Besides handing out a formal victory to the Bharatiya Janata Party (BJP) for the sixth consecutive term, emulating the Left Front’s record in West Bengal, the assembly elections in Gujarat have sent out some other calls as well. Two of these inter-related ones are the announcement of Rahul Gandhi’s arrival as a serious challenger and the vulnerability of the BJP in free and fair elections of 2019.

Gandhi has finally shed his reluctance to take on the task of reviving his party and has thrown himself full time into it with all his energy. Far more significant is the fact that during his extensive Gujarat campaign, he refused to react to the agenda set by the BJP, spearheaded by Prime Minister Narendra Modi, which had nearly become the norm since around 2012-13. He was constantly setting his own agenda and forcing Modi to respond to it. Modi did so by jumping from one wild allegation to another inconsistently, in a characteristic attempt to divert attention from the sharp attacks on the disaster brought about by his “reformist” measures. Gandhi had obviously given considerable thought to setting his own agenda: focus on the economy on behalf of those who had suffered most over the past three years and a half and to sidestep the question of his religious identity as irrelevant to the electoral battle by visiting temples, if a bit clumsily. His constant refrain was the favours given by the Modi government to “five or six” corporate houses and the wilful neglect of the poor farmers, the small businesses, the tribals and the daily wage earners, i.e. the “masses”. Even as he mocked Modi and the government, his language was never below par, unlike on the other side. This too may have earned him some approval rating. By aligning the Congress with three angry though raw young men venting pent up social anger against the present dispensation, Gandhi also showed the maturity of a seasoned politician in forging alliances for electoral victories so far taken as an exclusive Modi-Amit Shah preserve. All in all, he stood up with his feet firmly on the ground. And he landed up with respectable results for it. He has demonstrated that he is his own man. Victory and defeat are after all relative terms.

Also read: The Modi Juggernaut Has Been Halted

The Modi-Shah triumphant march to claim 150 seats out of 182 on the other hand was given a short shrift by confining their party to 99, just above the half way mark. Of course 150 would be dismissed by Shah as a “chunavi jumla” much like the promise of 15 lakhs, i.e. not to be taken seriously. The dividing line between a serious electoral promise of the BJP and a non-serious “chunavi jumla” is getting harder to detect. Problem of credibility? At any rate, the Gujarat elections did show that alternative agendas have replaced a single agenda. 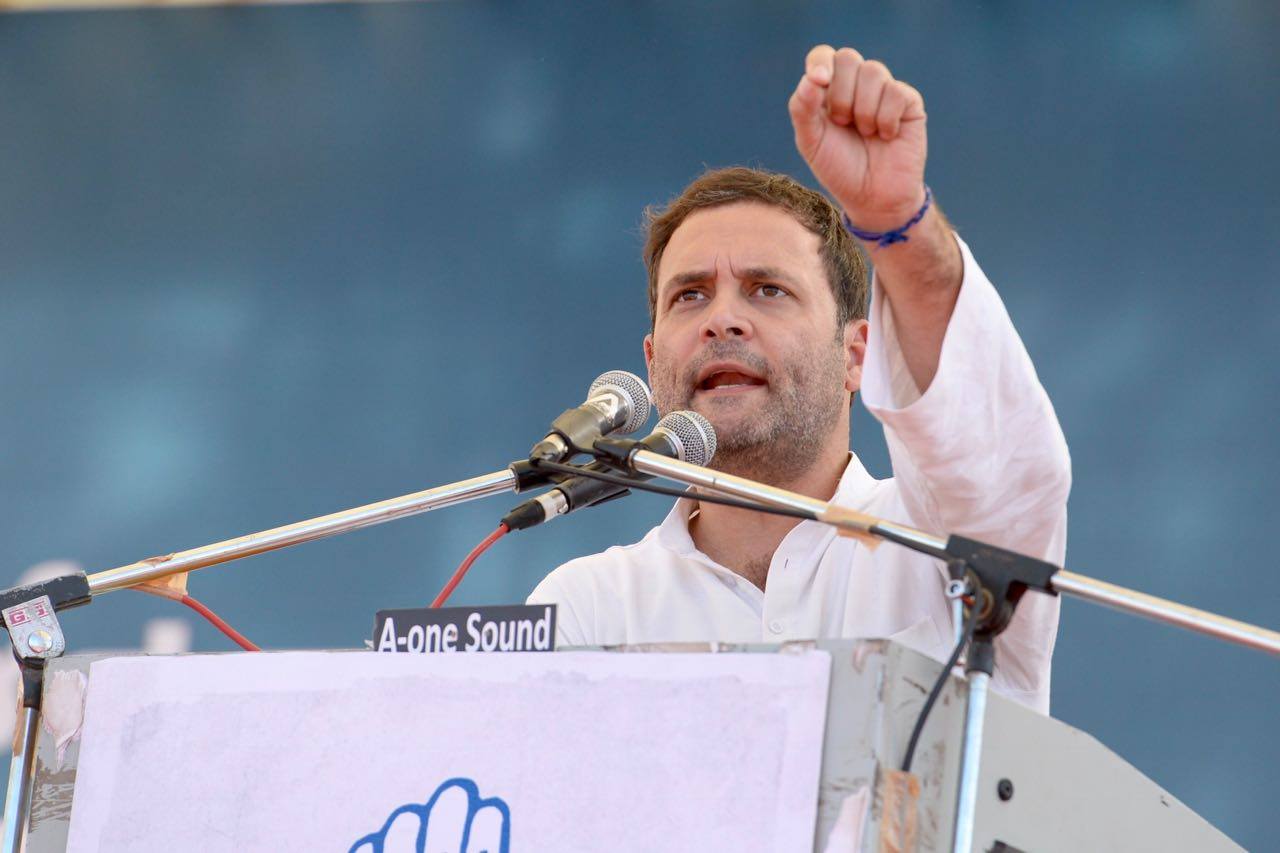 Where do Congress and Gandhi go from here? Not being a committed Congress supporter, I could fairly announce “none of my concern”; but as citizens it does concern us all whether we are being led in one direction or another by our political class. We would thus expect that Gandhi, besides sharpening his focus on the economy, would also take up another, perhaps even graver, challenge to the integrity of the Indian nation posed by the Sangh parivar: the assault of Hindutva on bharatiyata. The BJP did raise its hackles during the elections over Gandhi’s religious identity and he sought to respond to it by overly demonstrating his Hindu, even janeu wearing, self, the conventional soft Hindutva response to hard Hindutva. A very defensive soft Hindutva at best, much like attempting to win over the hardcore Mullahs by quoting the Quran and the hadees to them. Even at a personal level, at least three strands of religious identity mark Gandhi’s being: the Kashmiri Pandit, the Parsi and the Catholic, and to foreground one of the three is not the most honest or even endearing act. But far more important is the identity of Indian-ness, bharatiyata, which is by its nature inclusive and antithetical to a single exclusive religious identity. When asked by the Sangh Parivar to prove his religious identity in Gujarat, if he had responded with “My religion is bharatiyata”, the questioner would have probably run for cover. But unfortunately that chance was missed.

With as much energy as Gandhi put into his Gujarat campaign, highlighting the economic distress unleashed by the Modi government, he needs to now pick up on the other equally major disaster being wreaked upon India by the same forces. The economy can perhaps recover in a short or medium span but the damage to India’s cultural and social fabric would be far more durable and deadening.

This needs to be taken up as an urgent campaign around the country, a campaign that is inclusive of all whose hearts beat for the nation. And one cannot wait until the dates of the next elections are announced to start this campaign. It is not hard to imagine that the electoral process and this campaign are intimately intertwined. The BJP’s Hindutva card is its chosen pathway to electoral victory; the bharatiyata campaign should be a counterpoint, a breaking of the link between religious identity and the political process. A bharatiyata that is not partisan to any segment, not weighted for or against any group of citizens. A campaign to proclaim: proud to be Indian.

Civil society has already initiated some baby steps in this direction by launching campaigns like Not in My Name and Say No to Hatred which evoked massive response across the country, even as the initiatives were taken through spontaneous rather than organised action. The ground support for an organised and sustained campaign is ready. Will Gandhi, the Congress, and others take up this bigger challenge? This, among other actions, will be an important step towards rejuvenating the 132-year-old party.