By Protesting a Law that Divides and Discriminates, We Are Forging New Maps of Belonging

The CAA, which treats the modern day equivalents of people like Badshah Khan as 'illegal immigrants', and the 'all-India NRC' which jeopardises the status of millions of Indians have energised a new moment of dissent. 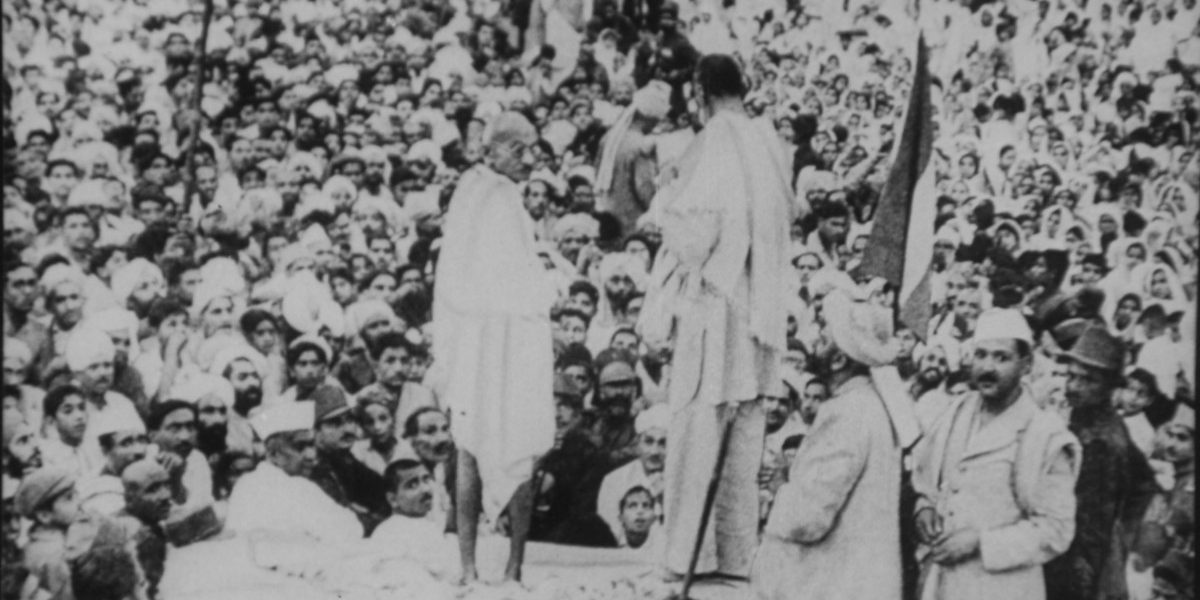 Mahatma Gandhi and Bharat Ratna Khan Abdul Ghaffar Khan, at a meeting in Peshawar during the freedom struggle. Photo: Wikimedia

The photograph above is among the iconic images of India’s freedom movement – the towering Pathan, Khan Abdul Ghaffar Khan or ‘Frontier Gandhi’ beside Mahatma Gandhi, the communion between them visible even to the untrained eye. Known variously as Badhshah Khan and Bacha Khan, between 1930 and 1947 he moulded his Pathan followers in the North West Frontier Province of undivided India (now Khyber Pakhtunkhwa in Pakistan) into arguably the most disciplined and united force of non-violent resistance in the subcontinent during the freedom struggle. In 1987, he was awarded the Bharat Ratna, India’s highest civilian honour, a year before he died, aged 98.

The striking irony is that if Bharat Ratna Badshah Khan were alive today and were to come across the border seeking asylum, he would not be eligible for the protections of the Citizenship (Amendment) Act (CAA), 2019. The man behind the Khudai Khidmatgar (Servants of God) movement – who fought alongside the Indian National Congress against British rule, opposed Partition, was imprisoned by the Pakistani establishment for long years and spent his later life in exile, in Afghanistan – would be given the status of an ‘illegal immigrant’. The reason being that the CAA is designed to help only persecuted Hindus, Sikhs, Buddhists, Jains, Parsis, and Christians from Afghanistan, Bangladesh and Pakistan; it excludes Muslims from that list altogether.

Khan Abdul Ghaffar Khan’s name had come up during a talk in Delhi on December 17. It was fitting that the person who imagined the scenario of Frontier Gandhi in the India of 2019 happened to be Gandhi’s grandson, Gopalkrishna Gandhi. He was delivering the first Mushirul Hasan lecture, ‘Freedom and Sons Ltd: The enterprise of free speech in a market of control’, at the India International Centre.

Talk about connections: the reference to Khan in a lecture delivered by Gopal Gandhi in memory of acclaimed modern Indian historian, Mushirul Hasan, who had also been vice chancellor of Delhi’s Jamia Millia Islamia University at one time. The same Jamia Millia where students peacefully protesting against the CAA on December 15 on the grounds that giving citizenship on the basis of religion went against the foundational principles of the Constitution were subjected to brutal police action. That evening, one felt as if an invisible line had been drawn across time, connecting the compact between a ‘Hindu’ Gandhi and ‘Muslim’ Frontier Gandhi to fight for a free India where citizens would not be discriminated on the basis of religion.

The power of memory

Maps conceived on the basis of exclusionary ideologies and their fabrications of the past have one sole aim – to erase the coordinates of connection across time and geographies. Connections representing accretions of complementarity are anathema, as are the ideas of diversity and pluralism. These are maps to a world of diminished and corrupted meanings, where words are commandeered by the majority and weaponised to isolate and target a minority as anti-national, seditious, mini-Pakistan and so on. 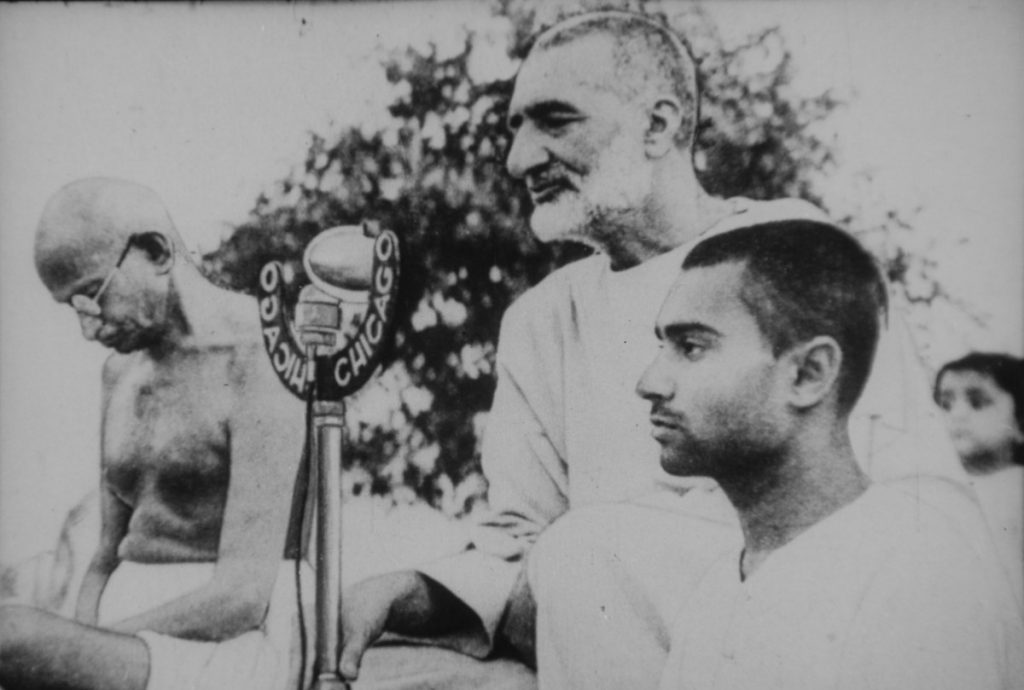 But the beauty of memory, or remembering, is that it may suddenly throw up a name from another time that can become a talisman in the conflicted present. The mention of Khan Abdul Ghaffar Khan released a potent memory of a man who achieved the seemingly impossible – he brought together a people seen as ‘untamed’ and given to perpetual feuding and forged them into a united force of ahimsa and civil disobedience for almost two decades, shattering all preconceptions of his community. The memory flagged a significant message for the present — it is possible to rise above the shackles of divisive narratives and contentious definitions thrust upon a community or individual, to imagine a new vocabulary of cooperation, protest and resistance.

In our present context that would mean the possibility of forging a new map of belonging. A map fortified with memories of shared patterns of living in the past but anchored to the Book of our times, the Constitution, signalling a life of dignity and equality for every citizen and would-be citizen, without discriminating on the basis of religion.

In the last six years, there have been stirrings in the student world as universities across the country have borne the brunt of the Modi government’s ideological agenda. A new topography of opposition has emerged, from the Film and Television Institute of India (Pune) to Hyderabad Central University, from Jawaharlal Nehru University, Banaras Hindu University and Allahabad University to Jadavpur University, Aligarh Muslim University and Jamia Millia Islamia. Students have faced the gamut of the state’s arsenal – the presence of indoctrinated administrators at the helm doing their utmost to destroy a culture of questioning, damaging fee hike proposals, unwillingness to address caste-based discrimination, the now almost normalised entry of police onto campuses, and sedition charges.

The same majoritarian agenda which sought to crush the questioning spirit of universities was extended through the lockdown in Kashmir following the revocation of Article 370, the National Register of Citizens exercise in Assam, and the Citizenship Amendment Act, 2019, with the Supreme Court judgment on the Ayodhya issue having its own implications. The students’ canvas of issues became larger, centering around one realization, namely that the fight was for the very idea of India as expressed in its Constitution. It is perhaps this awareness that has brought students out even from institutions such as the Indian Institute of Technology, Indian Institute of Management and Indian Institute of Science in considerable strength. A drone shot of the Mumbai protesters. Photo: By special arrangement

It is for this reason that the recent images of protest emerging from the student community and people in general have been so heartening. The young women of Jamia who valiantly protected their male friend from the lathis of policemen on December 15 demonstrated a camaraderie that was powerful for its selfless and single-minded purpose. Late in the night, as hundreds of students gathered outside the police headquarters in Delhi to demand the release of colleagues arrested by the police, students with ‘Hindu’ names vowed not to move until their friends, bearing ‘Muslim’ names, were released, and vice versa. Of course, as they told many a bemused media-person, they were there as Indian citizens exercising their democratic right to dissent.

On December 19, as students and men and women from all walks of life across states spontaneously stepped out to protest the CAA in the midst of a clampdown, there were many more heartening experiences. In the area near Delhi’s Red Fort, surrounded by a sea of olive green and lathis, a diminutive, sari-clad, elderly woman told a reporter that she was Christian, her husband a Hindu and her children Indian. Not affiliated to any organisation, she felt compelled to reach one of the publicised venues along with her daughter because, in her view, the CAA militated against the principles of the constitution. A young girl holding up a poster defiantly belted, ‘If you are acting like the British government then we will act like Bhagat Singh.’

At Jantar Mantar in Delhi, a young man called Amit stated without any fuss that he and others like him would always stand with their Muslim brothers; they were in it together. In the rallies and protests following the police action against the students of Jamia, many an elderly person remarked that after seeing images of the harsh police action they felt it was imperative for them to show their support for the ‘bachche’ (children) for they were the future of the country.

How can one forget the Nihang Sikh from Bathinda who supported the Jamia students’ demonstrations saying that he would not have mentioned communities specifically in the Act; that the only god of those who are hungry is ‘roti’ and that it was “our dharma” to help all of them irrespective of their religion.

We seem to be witnessing a freshly energised moment of dissent marked by a purity of purpose of the students who are at its core. It is not easy to predict what direction this upsurge against a government perceived as a bully will take. What one can say with some certainty is that a considerable section of Indians has finally announced that they are invested in the search for a new vocabulary of resistance that will create a new map of belonging to counter divisive narratives.

Who knows, maybe the compact of ideas between Gandhi and Frontier Gandhi may come alive once again after decades of neglect and mere lip service. As I see it, the mention of one by the other’s grandson, even if it was pure coincidence, presents an opportunity to think about the transformative power of politics.