How Narendra Modi has brought back dark memories of colonial India. 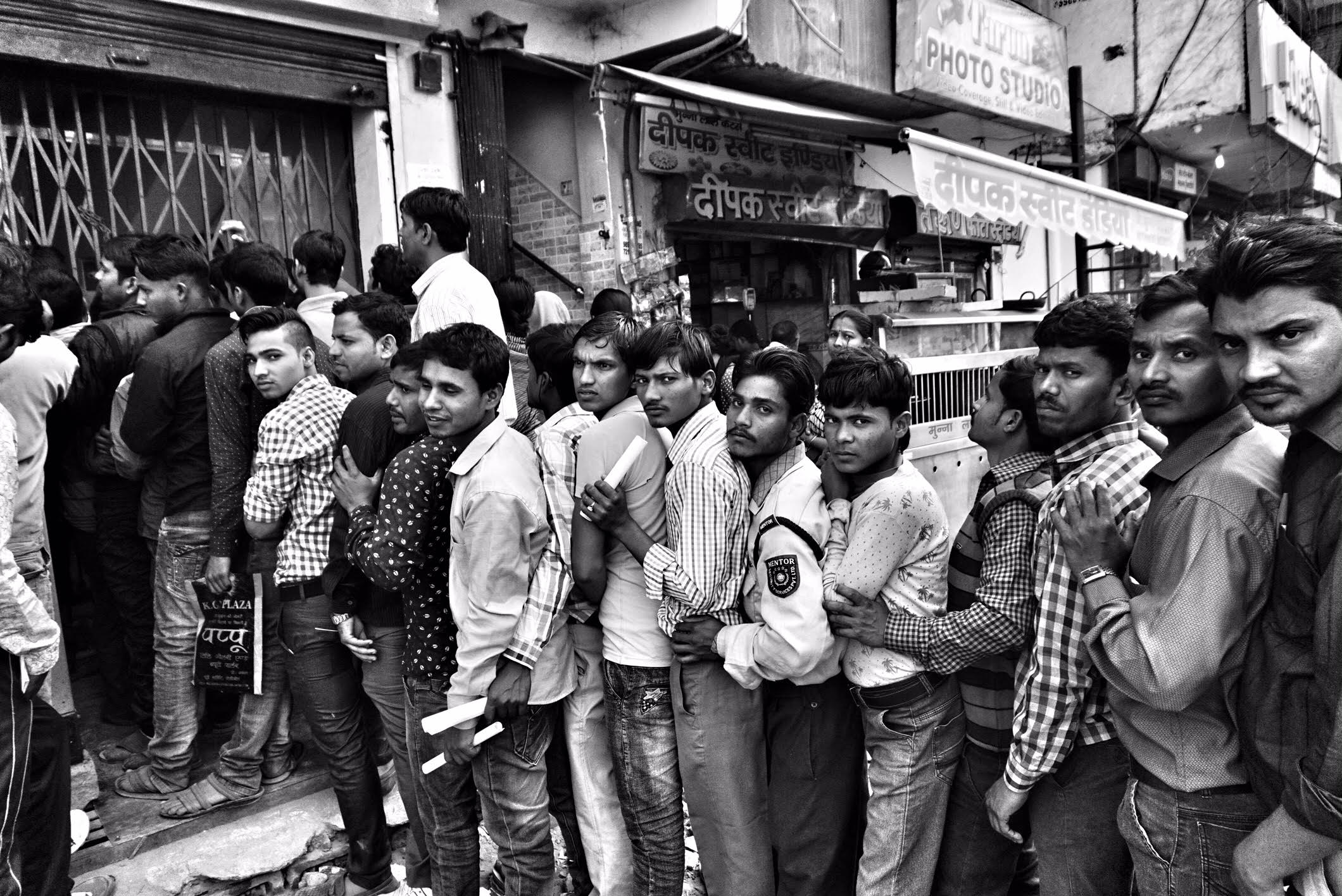 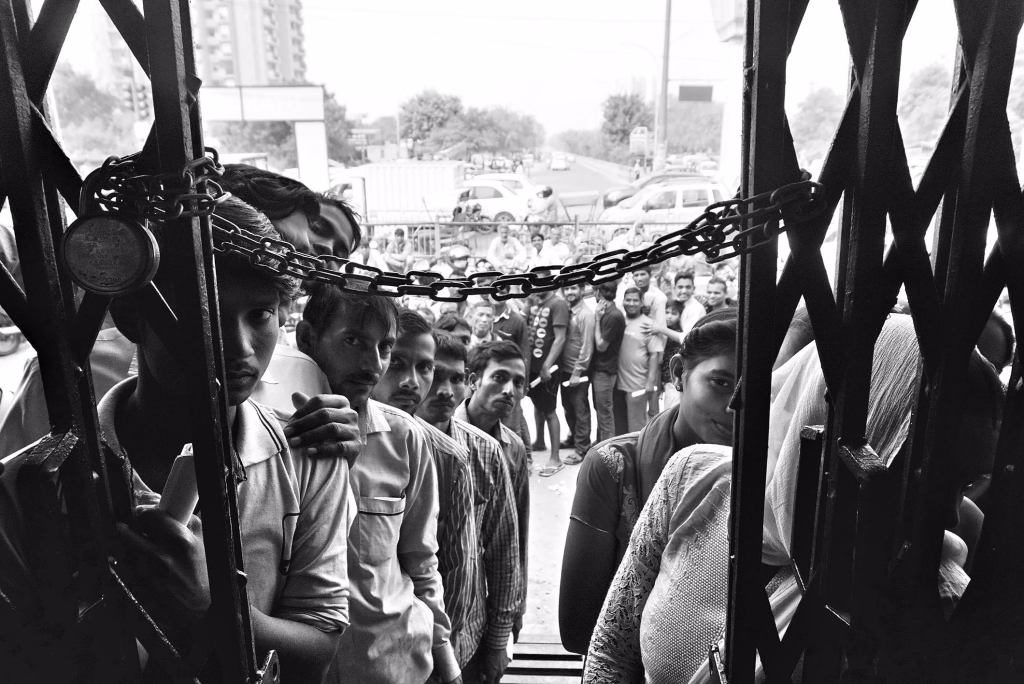 Avid supporters of Prime Minister Narendra Modi and his government are known to respond to criticism in bizarre ways. Recently, the prime minister himself, in an unfortunate statement that in many ways insults the dignity of his post, compared the opposition parties to ‘enemy’ Pakistan. Perhaps the most bizarre have been responses to criticisms around senior citizens dying in queues and in banks. While Modi has not considered his citizens’ deaths worth his words despite finding time to congratulate cricketers and offer lotteries, his supporters’ responses have ranged from completely denying media reports of queue deaths to dismissing them as inevitable for the nation’s ‘larger good’. Some of them, for instance Manoj Tiwari, the BJP’s newly anointed Delhi leader, was even captured on video laughing at the gullibility of people standing in queues outside banks to get their money.

Many supporters of the move have used their social media platforms to provide equally bizarre responses to the suffering of people. “Such things are quite routine for us,” a well-respected Indian Quora writer said, “and happen everyday – on days where people rush to ATMs and on days when nothing happens [sic].” While it was heartening to see that many young Indians found his explanation faulty, the fact that there have been similar attempts from several quarters to justify these deaths in some or the other way is unsettling. Most Indian politicians and elites hardly ever were empathetic to such ‘routine deaths’ of common citizens (partly evident from the gargantuan neglect our rural health centres have been subjected to for decades), but with this government, it seems that even the so-called middle class – the ‘digital India’ – is joining their ranks.

This state of affairs, and the abundance of bizarre justifications for deaths, reminds one of the British Raj, where too the deaths of common Indians were considered insignificant matters.

One of the most absurd reasons given by British officers whenever their ‘disciplinary action’ caused death was that Indians were by nature weak and unhealthy. University of Washington historian Jordanna Bailkin discusses these cases in a classic paper on colonial white violence, ‘The Boot and the Spleen: When Was Murder Possible in British India?’

Just as everyone, from the prime minister to BJP leaders to their Twitter defenders, are saying that “these short-term pains” should be borne by the nation for its own good, as a “purification campaign”, British officers used to believe that the pain of their disciplinary punishments to Indians was for their own good.

In her paper, Bailkin mentions an 1875 incident where a lawyer, Robert Fuller, assaulted his servant causing his death. The magistrate gave him a very light sentence, concluding that “any harm inflicted by Fuller’s actions was committed under provocation (the servant’s unpunctuality) and by way of correction (as was appropriate with a servant of any race).”

In 1880, “a British airman named Fox struck and killed a punkha coolie [because he worked] in a ‘lazy and inefficient’ manner. The judge held that because the coolie’s spleen was diseased, Fox could not have predicted the coolie’s death as a probable consequence of his act.”

Such colonial notions about diseased spleens arose from the fact that in those days, the spleens of many Indians used to be visibly enlarged as a result of chronic infection, especially malaria. The argument was that such ‘weak’ Indians would die even after ‘light’ kicks and beatings, and hence such beatings could not be considered as homicidal.

While such absurd colonial arguments do not exist, the colonial attitude surely does, even today. It is this attitude that makes ‘digital India’ devalue the lives of those it refuses to empathise with – the millions of poor ‘coolie’ Indians. For example, the prime minister made his overly dramatic Nov 8 announcement without caring for the devastation it would cause in the lives of those underprivileged Indians who have no bank accounts or ID cards, or those who live in remote towns and villages where banks are several kilometres away and only occasionally functional, or those whose near and dear ones are bed-ridden or admitted to hospitals, or those who are disabled or chronically ill, or those senior citizens who live by themselves and have no support system – all ostensibly, like the British officer’s boot kick, for the ‘ultimate good’ of suffering Indians. It is shocking that Modi’s December 31 speech too saw no expressions of remorse or even a mention of citizens who lost their lives or have suffered irreversibly from his decision.

This attitude percolates down to Modi’s supporters, who gleefully kick at dissenters – verbally on social media and physically in queues. In fact, the ‘anti-national’ charge used by them for critics (and the ‘like Pakistan’ tag used by the prime minister himself) are reminiscent of the British government’s use of sedition charges against the Indian newspapers which dared to talk about colonial white violence in the late 1800s and early 1900s. Besides, like the medical experts who employed the ‘diseased spleen’ argument to exonerate British officers, there are influential elites today who cite an absurd “people’s inaction” or “lack of psychological counselling” argument to justify what was originally the government’s wrongful action.

We might ostensibly be a proud, independent nation, but we are still colonised by colonial notions of government and governance.