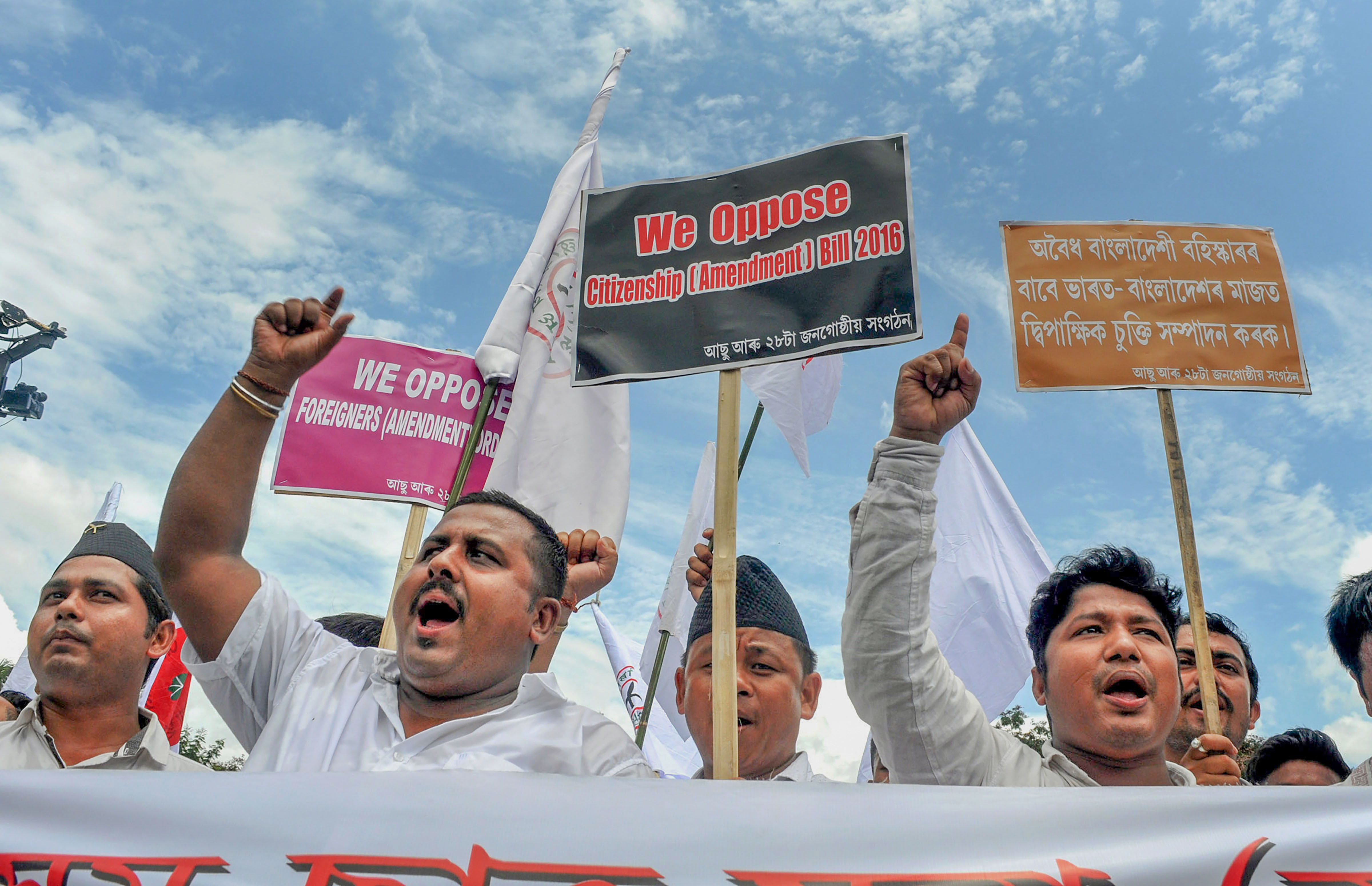 New Delhi: Unidentified persons lobbed a Molotov cocktail (a bottle with flammable liquid) at a BJP office in Shillong partially damaging it, a police officer said on Monday. No casualty was reported in the explosion.

The office was attacked before Tuesday’s 11-hour North East bandh, called by the North East Students Organisation, an umbrella organisation of students’ bodies of the region, to protest against the controversial Citizenship (Amendment) Bill. The bandh began amid tight security at 5 am on Tuesday.

An investigation has been initiated into the bomb attack on the BJP office, said Davis N.R. Marak, superintendent of police of East Khasi Hills district.

“Unidentified men attacked the front portion of the office partially damaging it. The incident was reported around midnight last night,” BJP state president Shibun Lyngdoh said. “The office does not have CCTVs installed and hence it is up to the police to identify the assailants,” he added.

The Meghalaya unit of the BJP condemned the attack on its office and requested the police to tighten security in all its offices across the state. The BJP, with two MLAs, is a part of the ruling Meghalaya Democratic Alliance government headed by Conrad K. Sangma of the National People’s Party as the Chief Minister.

Meghalaya: Petrol bombs were hurled at BJP head quarters in Shillong yesterday. Alexander Laloo Hek, BJP says,” We condemn any kind of violence. We will write a complaint to the Home Minister to find the culprit and take action.” pic.twitter.com/O1ZWhtOdXP

“The state unit of the BJP has strongly condemned the act of arson in its state headquarters at Bivar Road,” BJP Minister A.L. Hek said in a statement. “An FIR was lodged and copies of it were also sent to the Chief Minister and Home Minister requesting stern action against those involved in the crime,” he said.

Hek, who is also the BJP legislature party leader, said the party has also requested the police to deploy security personnel in all its offices across the state to prevent such incident to take place.

Protests erupted in various places of the region against the Bill. In Assam, the All Assam Students’ Union (AASU) has called for a state-wide bandh after a gap of ten years. It is supported by the Asom Gana Parishad (AGP), which withdrew support to the BJP-led government in Assam on Monday, the opposition Congress, the AIUDF, and the Krishak Mukti Sangram Samiti (KMSS).

Several students’ bodies of the region have decided to observe the ‘bandh’ in support of the call given by the North East Students’ Organisation (NESO), an umbrella organisation of students’ unions, of which the AASU is a constituent. Thirty ethnic organisations are also supporting the bandh in Assam. 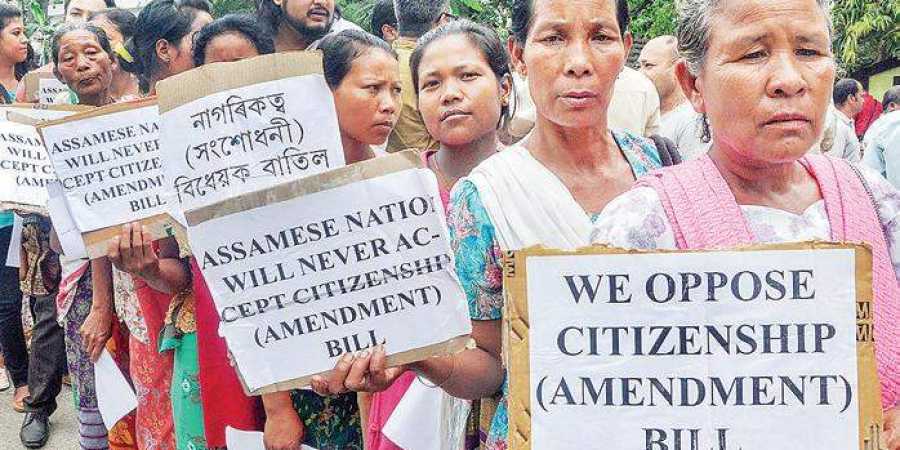 Tyres were burnt on roads at various places in Assam to prevent the movement of vehicles. Vehicles were damaged in Guwahati, Tinsukia and Dibrugarh districts, police said.

Railway tracks were blocked briefly in Guwahati and Dibrugarh district but the movement of trains, including that of the Delhi-bound Rajdhani Express, resumed after the GRP removed protestors from the tracks, railway sources said. Train and flight schedules remained unaffected. A skeleton service of the government-run Assam State Transport Corporation buses was pressed into service.

Shops, markets, financial institutions kept their shutters down, educational institutions, private offices remained closed and private vehicles, including long-distance buses, kept off roads in the Brahmaputra valley, police and official sources said. Attendance in government offices was thin as the employees had difficulty in reaching their workplace in the absence of adequate public transport, the sources said.

The bandh evoked a response in the Bengali-majority Barak valley also, where Prime Minister Narendra Modi on January 4, had announced that the Citizenship Amendment Bill, 2016 will be passed as soon as possible in the parliament as a penance for past injustices.

The bill seeks to amend the Citizenship Act 1955 to grant Indian citizenship to people from minority communities Hindus, Sikhs, Buddhists, Jains, Parsis and Christians from Afghanistan, Bangladesh and Pakistan after six years of residence in India instead of 12 even if they do not possess any proper documentation.

The AGP and other groups in Assam claim that the provisions of the bill will nullify the 1985 Assam Accord, which provides for deportation of all illegal migrants, irrespective of religion, who had entered the state after March 1971.