Babloo had been accused of setting Joshi's house on fire in 2009. 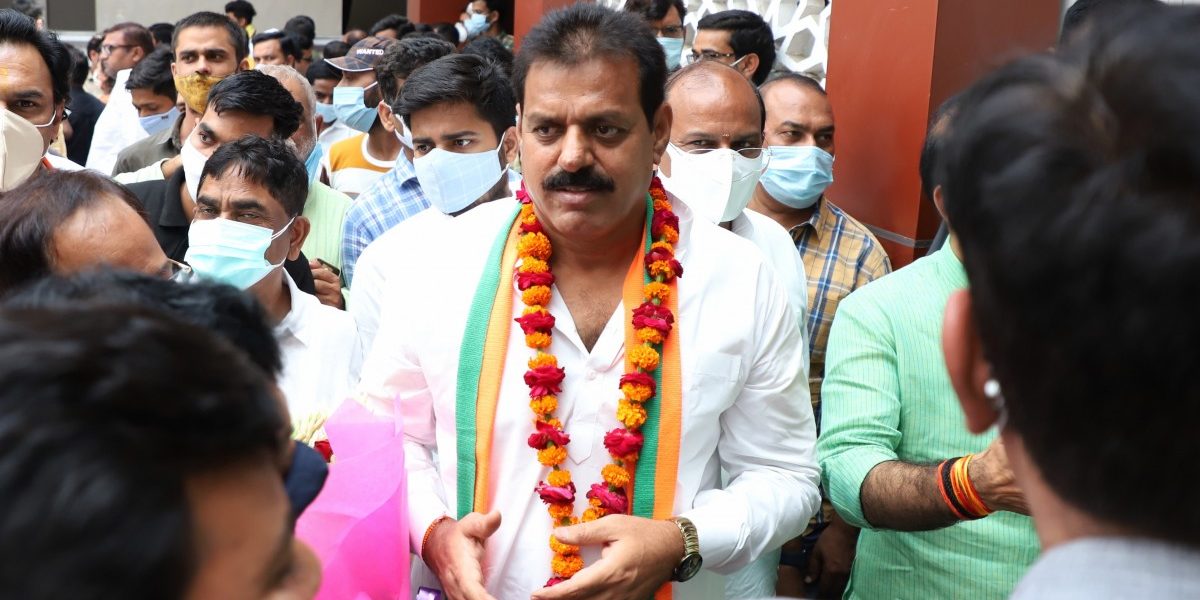 Jitendra Singh Babloo after being inducted into the BJP. Photo: Author provided

Lucknow: The Bharatiya Janata Party (BJP) in Uttar Pradesh appears to be humiliating its own leader, Rita Bahuguna Joshi, by inducting Jitendra Singh Babloo into the party. Babloo was accused of torching Joshi’s bungalow in 2009.

Joshi was stunned when Babloo, an expelled Bahujan Samaj Party MLA, joined the BJP in Lucknow in the presence of state party president Swatantra Dev Singh. She will now appeal to the party’s top leaders for Babloo’s expulsion.

Immediately after Babloo’s joining, Joshi – formerly chief of the Uttar Pradesh Congress Committee – reacted sharply and said she was surprised by this turn of events. “I still remember that it was he (Babloo) who led the group of men wearing masks. They burnt down my house in July 2009,” she told the media. She further said that the allegations against him were found to be true.

Currently the BJP MP from Prayagraj, Joshi said she will appeal to the party national president to expel Babloo from the party. She claimed that the party leadership had not been made aware of the 2009 incident.

According to sources in the party, this is the second setback for Joshi in the past few days. Earlier, her name was also proposed for induction in Narendra Modi’s council of ministers – but at the last moment, her name was dropped from the list.

Sources revealed that the BJP offered her a post of deputy minister in the Union government. But Joshi, who was earlier a cabinet minister in the Yogi Adityanath government, refused to accept the post of junior minister. She was demanding a cabinet berth, but was turned down by the top leadership, sources disclosed.

On the other hand, after joining the saffron camp, expelled BSP MLA Babloo claimed to be innocent in the arson incident. He also said that allegations against him were frivolous and baseless. He told the media, “I was not even present at the site when the incident was taking place.” 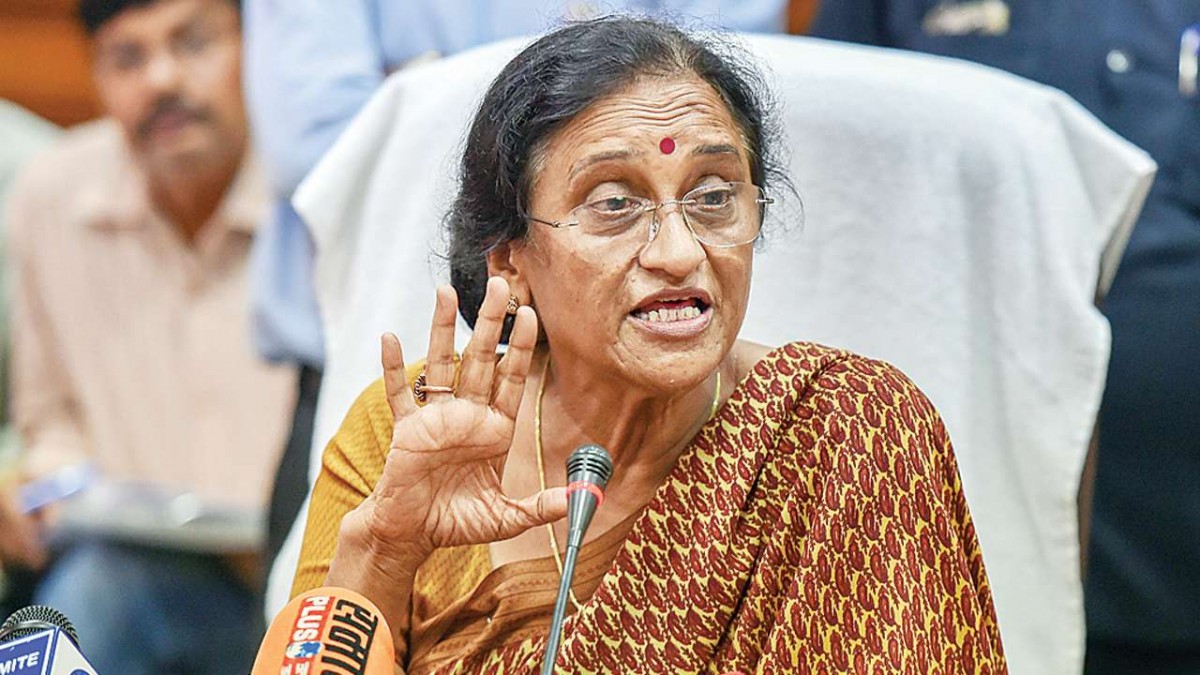 In 2009, Joshi had made derogatory remarks against the then chief minister and BSP supremo Mayawati. After that, a group of masked miscreants had reportedly attacked her house and set it ablaze.

Joshi, who is the daughter of former chief minister Hemwati Nandan Bahuguna, joined the saffron camp in October 2016 in the presence of then BJP president Amit Shah after spending 24 years in the Congress.

He has been trying to join the saffron camp for the past few years. In 2020, Babloo, former BSP MLA from Bikapur (Faizabad), almost entered the BJP state headquarters for joining but retreated immediately after party workers and functionaries opposed his induction. Swatantra Dev Singh and party organisational secretary Sunil Bansal had then postponed Babloo’s joining.

After the arson incident, Babloo was expelled from the BSP. Joshi had then demanded a CBI probe into the arson. The case was taken over by the CB-CID, which had arrested Babloo in 2011. He was later released on bail.

Opposition Congress also took a jibe at Babloo for joining the BJP. Party leader Zeeshan Haider told The Wire that it is astonishing that at a time when the chief minister is claiming that his government is launching anti-mafia operations across the state, his party is hell bent upon inducting tainted leaders into the party fold.

BJP sources revealed that a controversy has been triggered in the party since Babloo was inducted. Many workers and functionaries have threatened to leave the party if he is not expelled.

While contacted, party leader Narendra Singh Rana said that the high command was concerned about its image and there is no place for tainted leaders in BJP. “In BJP, the party is above any individual. We are mulling Rita Joshi’s grievance. If Babloo is found guilty, the party will take action against him,” Rana added.

However, political analysts believe that BJP is keeping its eyes on the upcoming assembly elections and Babloo’s induction is deliberate step. Atul Chandra, former editor of the Times of India, said, “Joshi joining the BJP was political opportunism from the saffron party to weaken the Congress in the state.”

The BJP won the 2017 and 2019 assembly and general elections respectively after Joshi’s induction in 2016. Now it needs strongmen in the party, so BJP leaders sidelined her. According to Chandra, it can’t be said with certainty whether or not she will even get a party ticket in the future.