CPI leader D. Raja criticised the demand, saying the BJP may soon ask the honour to be conferred on Nathuram Godse. 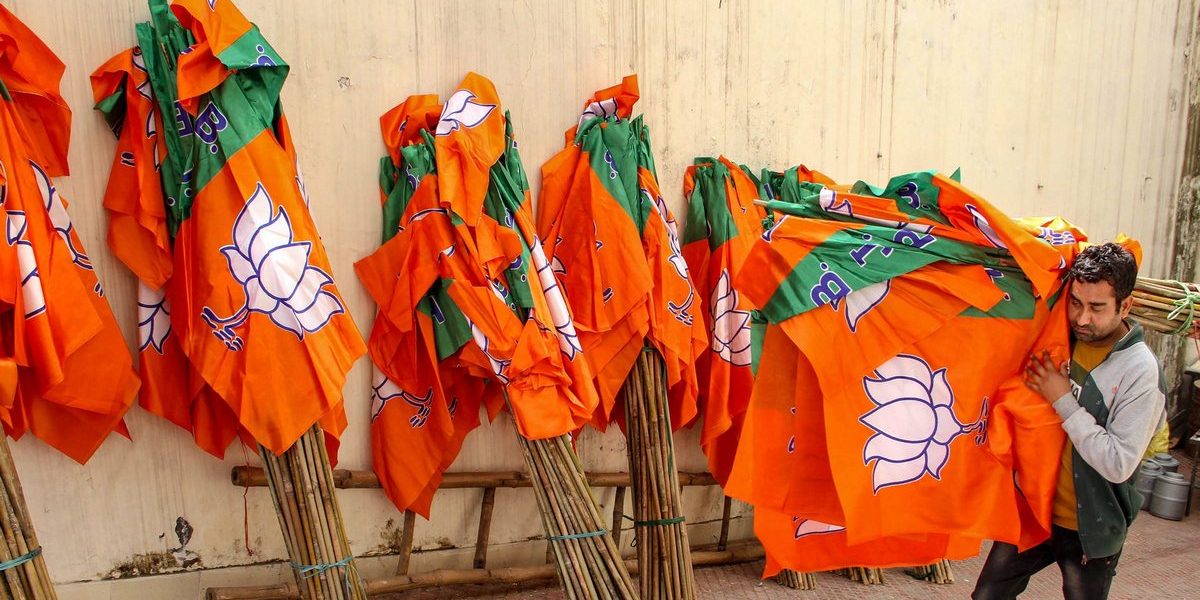 Other promises that the party makes include making the state a $1 trillion economy and creation of five crore jobs in the next five years and providing houses to all by 2022.

While releasing the manifesto, Nadda lavished praise on Fadnavis, saying “the chief minister has changed the political culture of Maharashtra”.

The BJP has promised to connect all 11 dams in the perennially parched Marathwada region and provide drinking water supply with the help of a closed pipeline. It has also promised to invest Rs 5 lakh crore in several infrastructure projects in the state.

Polling for all 288 Assembly seats in the state will be held on October 21 and counting of votes will take place on October 24.

“This is the biggest irony of our times, that while we are all celebrating the birth centenary of Gandhiji, the BJP is seeking Bharat Ratna to Savarkar, who was an accused in his assassination case,” Raja told PTI here.

“The day may not be far off for BJP to demand Bharat Ratna to Gandhiji’s assassin Nathuram Godse. This is part of their agenda,” the CPI leader said.

The CPI is contesting 16 of the 288 seats in the October 21 Maharashtra assembly elections, Raja said. “Our primary objective is to defeat the BJP and it allies,” he added. In seats where the CPI is not contesting, the party will support other opposition parties and ask people to vote against the BJP, he said.

Raja accused BJP president Amit Shah and other senior leaders of the ruling party of speaking on issues such as dilution of Article 370, but keeping mum on core issues like farmers’ distress, the PMC Bank scam and job losses.