Suvendu Adhikari, Mukul Roy and Sovan Chatterjee – all TMC leaders when the clips were released in 2016 – are now in the BJP. 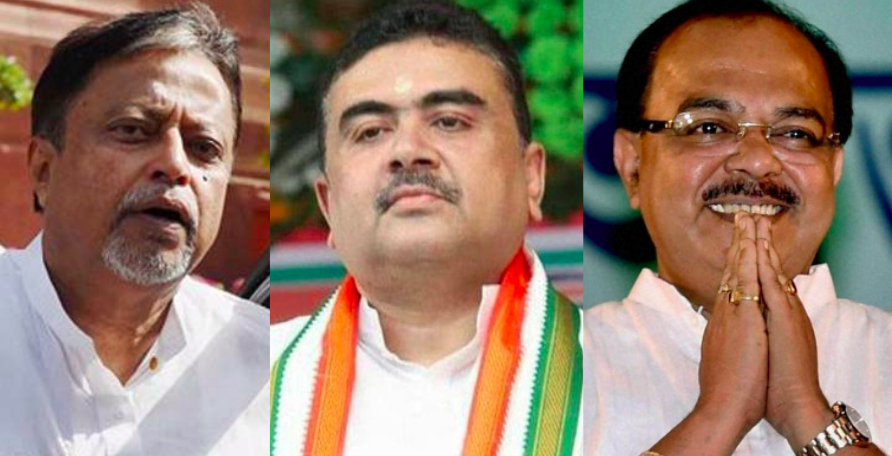 Kolkata: The Bharatiya Janata Party has removed from its official YouTube channel, a video containing sting clips shot by the news portal Narada in 2014, purportedly showing then Trinamool Congress leaders accepting bribes. The removal, it has been reported by The Telegraph newspaper, appears to have been triggered by the fact that three of the TMC leaders incriminated in the video have now joined BJP.

The latest move from the TMC to BJP, and one which has been widely publicised by the saffron party, was that of former state minister and Medinipur leader Suvendu Adhikari’s. Adhikari also reportedly appears in one of the sting operation clips released by Narada in 2016, before the Bengal assembly election.

Two other leaders who appear in the videos and have since moved to the BJP are one of the TMC’s founding members, Mukul Roy, and former Kolkata mayor Sovan Chatterjee. The person who Narada claimed was Chatterjee was seen wrapping the bribe notes received in a towel and complaining that they were not dollars. Chatterjee’s role in the BJP has been a matter of intense speculation, while Roy has climbed fast into a place of clear prominence in the Bengal BJP hierarchy.

Also read: Dissent Boils Over in West Bengal BJP Due to Induction of TMC Leaders

The Narada videos were, notably, first screened at the BJP’s state wing headquarters in Kolkata in the presence of reporters.

Uttar Pradesh cabinet minister and BJP’s Bengal minder, Siddharth Nath Singh, hosted the press conference held after the screening of the Narada videos. The same Singh was named by Adhikari on Saturday, December 19, when he addressed a crowd in Amit Shah’s presence after joining BJP as a leader who had facilitated his meeting with Shah.

The video on the BJP’s YouTube channel, according to Telegraph, was visible until recently. But since Saturday, it has been shared on social media several times. Some of those sharing it were influencers with lakhs of followers.

The video was soon taken down and what remains on the channel on the Narada scandal now are speeches by Narendra Modi and Shah, mentioning the corruption of TMC leaders.

A total of 11 TMC leaders were purportedly seen in the videos, which gave the campaigns of opposition parties like the Left, Congress and BJP ammunition before the election four years ago. The videos were released after news on the Rs 15000-crore Sarada scam broke, incriminating a set of TMC leaders, some of whom were also among the Narada 11. However, the TMC won the polls that year, even though Mamata Banerjee’s reputation as an incorruptible leader received a significant blow in the aftermath of the scandal.

The CBI and ED are running parallel investigations into the sting and the rolls of politicians showed in the videos.