Other textile traders have also said that they are thinking about whether to continue supporting the BJP after facing huge losses due to the GST. 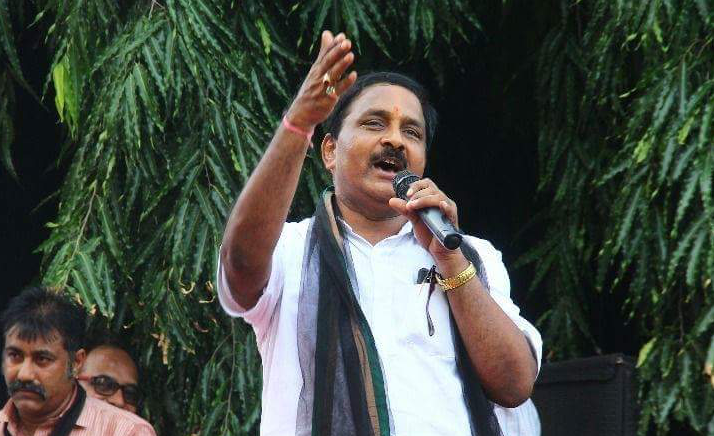 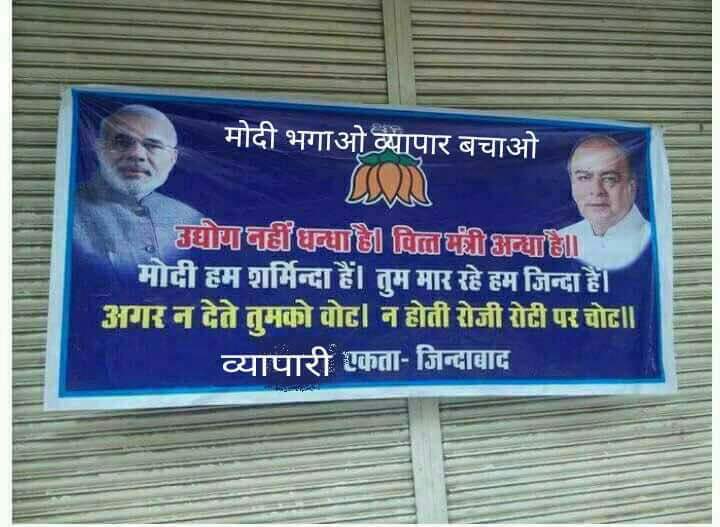 A poster put up by anti-GST groups in Surat. Credit: Damayantee Dhar

Surat: The textile manufacturing and trading business in Surat had barely recovered from the blow of demonetisation when the Goods and Services Tax (GST) was implemented. Within a week, textile traders took to the streets to protest against the new tax regime. An unprecedented crowd comprising lakhs of textile traders came out to express outrage when the police initiated a  lathi charge against them in July this year. Later, posters like ‘Kamal ka phool, hamari bhul (It was our mistake to vote for the lotus symbol)’ were seen at multiple spots in Surat.

Three organisations were formed around the issue. The GST Sangharsh Samiti, which started during the movement and under whose banner the protest took place, is led by Tarachand Kasat, who was then an executive member of the BJP’s Surat cell. The other two organisations, formed before the agitation, are the Vepari Pragati Sangh led by Sanjay Jagnani, former president of the Federation of Surat Textile Traders Association (FOSTTA) and an active BJP member, and the South Gujarat Textile Traders Association formed by Sawarmal Budhiya, a veteran textile trader believed to be close to C.R. Patil, BJP MP from Navsari.

Even while protesting on the streets, most textile traders had agreed that the community members have remained staunch supporters of the BJP and will vote for the BJP despite the trouble caused by the GST.

“We vote for Modi and will continue to do so. The party has all kinds of ministers but Modi is our Gujarati man and we have faith in him,” a textile trader had told The Wire amid protests in July this year.

“No matter what, the traders will still vote for BJP,” Champalal Bothra, secretary of the GST Sangharsh Samiti and vice president of the Surat City Congress had said even while the protest was at its peak in July.

Three months later, 116 days into the implementation of the GST and after incurring overwhelming losses, textile traders seem to be rethinking their stand. 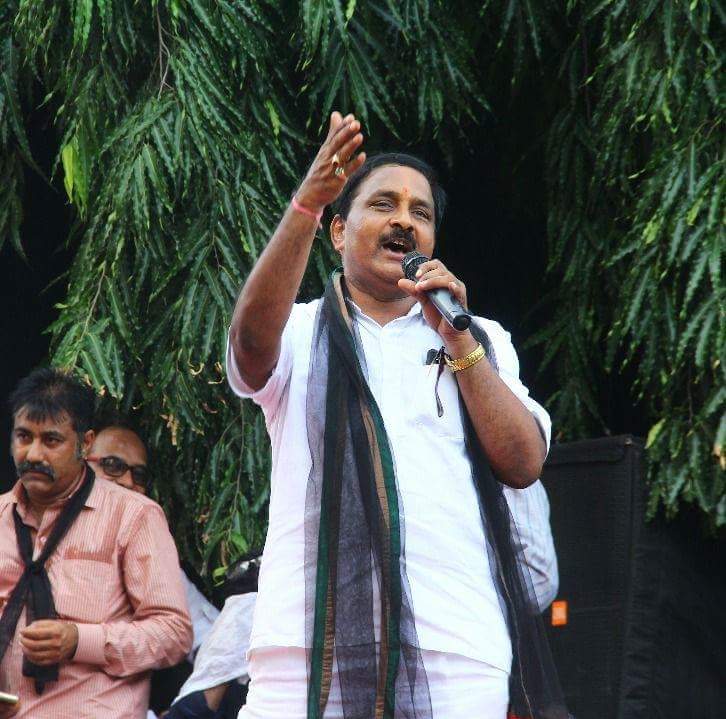 Representing the agitating traders, whose multiple meetings with senior BJP leader both in the state and at the Centre have been in vain, Kasat, president of the GST Sangharsh Samiti, had threatened that if their voices are not heard, he and 20,000 other textile traders who are also members of the BJP shall quit the party. Three months later, on October 25, Kasat resigned as an executive member of BJP local cell in Surat. In a letter addressed to Nitin Bhajiyawala, president of the Surat BJP, Kasat stated that he has served the party for the last 32 years wholeheartedly, but the party has grossly neglected issues of textile traders.

“We knocked on every door from the state to the Centre, but the BJP gave us a deaf ear. The business has suffered unprecedented losses, close to 70%, in the last few months,” Kasat said. “I have initiated talks with the Congress and will join the party and even contest elections if Congress gives me the opportunity. I have already spoken to Ashok Gehlot and Arjun Modhwadia, and am waiting for a response from the Congress.” Kasat added that close to 20,000 textile traders who are members of the BJP are also planning to quit.

Bhajiyawala, however, slammed Kasat’s step and accused him of being opportunistic, while completely denying that the anti-GST movement may have an electoral impact in Surat. “If he had the cause of textile traders in mind, he could have quit in July when the movement was at its peak. Instead, he approached senior leaders in the BJP after the momentum of the movement faded and expressed his interest in contesting elections from the assembly seat of Majura (in Surat). The BJP had once let him contest municipal elections in 2002, but he lost. Why should the party give him a ticket for an assembly election?” said Bhajiyawala.

“Four crore metres of fabric used to be produced daily in Surat, which has reduced to one and a half crore metres since the GST has hit the textile market. Traders had to sell 70,000 looms in scrap; about four lakh workers who were in embroidery business were rendered jobless within a week of GST implementation, 2.5 lakh of whom were women. About ten lakh migrant workers had to return to their respective homes,” said Bothra, who has been in talks with the Congress for contesting the elections from the Udhna or Limbayat assembly seats.

“Diwali to Dhanteras used to be a peak season when a trader would look forward to earning extra to mitigate losses incurred in the whole year. Many traders have not even received payment for the stock sold before GST implementation. This year, traders could not stock extra, hence the massive losses could not be recovered either,” he added.

Even in the peak Diwali-Dhanteras season, the textile industry in Surat saw sales worth only 15-20% of the normal, say local traders.

“We have never seen a Diwali like this. The main textile market, which used to glitter with light, was dark this year as traders observed a black Diwali. We had neither the motivation nor the earnings to light up our shops this year,” said Rizwan Usmani, a textile trader from Surat. “Three months ago, we still had faith that our demands shall be heard. The textile trader community has been staunch supporter of the BJP for decades, yet the party did not care. A textile trader worships goddess Lakshmi and his loom at the end of the day. But some of us had to sell our looms as scrap. The BJP has hurt our bread and butter.” 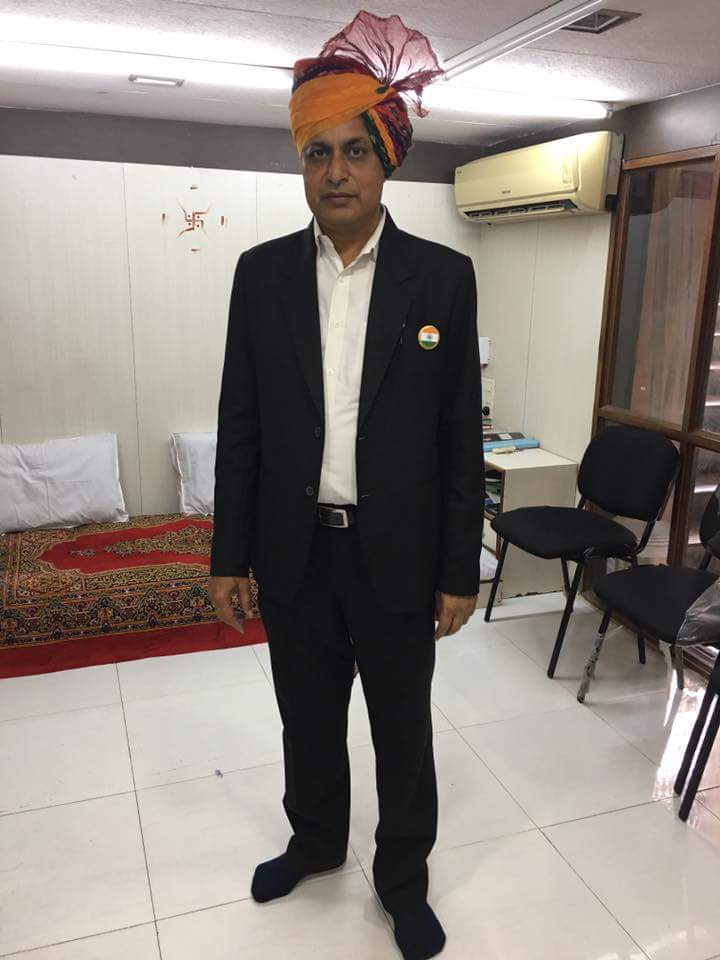 The textile traders’ staunch support of the BJP has always gone beyond electoral specificities. In 2014, ahead of the general election, cartons of saris sent out by the BJP, that had ‘Abki baar Modi sarkar’ printed on them, were manufactured by Surat’s textile traders. In 2015, lakhs of saris with ‘sabka sath sabka vikaas’ prints, sent to Bihar ahead of the assembly election, were also manufactured in Surat.

“There is a sense of betrayal besides the anger,” said a textile trader who did not want to be named. His son was injured when police lathi-charged protesting traders.

Most traders are quite open that they vote for the BJP primarily because it comes across as a ‘Hindu party’.

“The textile traders, many of whom have roots in North India, are orthodox and religious. Over time, during the riots, it is the trader who incurred losses as shops were burnt or shut down. While the Congress had to strike a balance between Muslims and Hindus, BJP came all out as a pro-Hindu party and has supported the traders for being Hindus even at times when traders were at fault. Even though they are suffering, their loyalty will remain with the party that has the Hindutva line of politics. Congress had a sense of this and changed its stand to soft Hindutva in Gujarat, which has had an effect as the party has garnered more support than it had. Besides, Rahul Gandhi’s reinvented vigour was too late to change the game for this election. Had Gandhi began his campaign with the same vigour a year ago, the BJP would have lost,” said Jailal Lalwani, a textile trader and spokesperson of the GST Sangharsh Samiti.

“Besides. the BJP has the support of the RSS. It’s the RSS cadres who do the door-to-door campaign for the BJP. The party’s per-booth reach is aggressive and systematic, unlike the Congress. Out of 16 seats, the Congress might win in two, while the BJP is likely to win the rest of the seats – but maybe with smaller margin of votes,” added Lalwani.

However, Bothra claimed that the miffed traders have decided to show the ruling party that their support is not to be taken for granted. “The support of traders will come down by at least 40% this election. We realise if the BJP wins this election, it will unstoppable and return in 2019 to rule till 2024. The GST regime will keep harming us if the party doesn’t lose power,” he said.