Are Equations in Rajasthan's BJP Unit Tilting in Favour of Vasundhara Raje Again?

The former chief minister put on another show of strength in the Udaipur and Ajmer divisions of the state, a signal to the party's central leadership that she is still numero uno of the state unit. 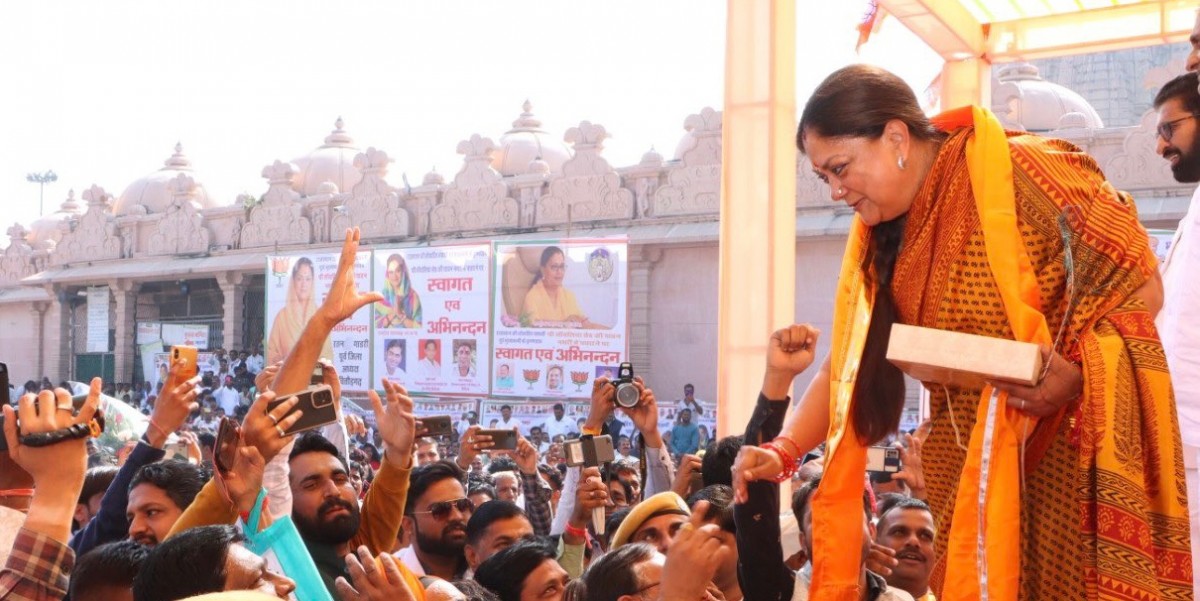 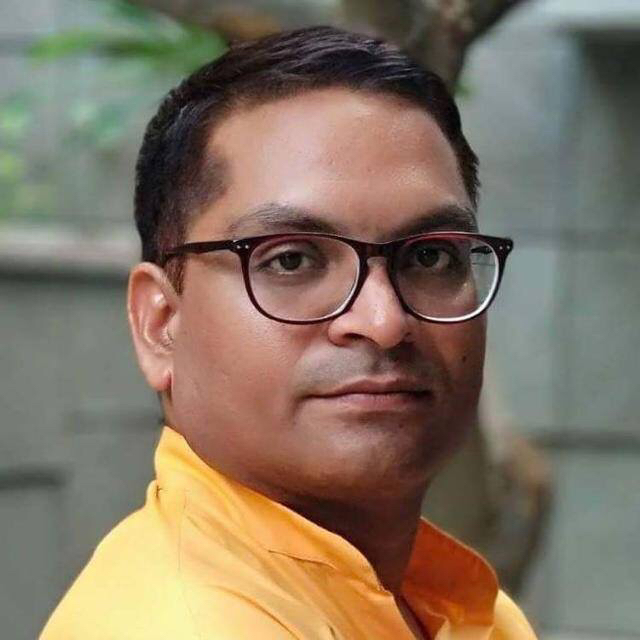 Jaipur: The national vice president of the BJP and former Rajasthan chief minister Vasundhara Raje is on a four-day tour of the Udaipur and Ajmer divisions of the state. During the tour which began on Tuesday, she is paying obeisance to prominent temples and visiting families of BJP leaders who died in the past few months, to offer her condolences. Ostensibly this appears to be a religious and a personal programme but from the assembly of party leaders and the turnout of party workers to welcome her, it becomes clear that the programme has a political motive too.

This is the third occasion when Raje has put on a show of strength in the form of a religious or personal visit. Last year, on her birthday on March 8, she went to Bharatpur for pilgrimage but it turned out to be a show of strength. Similarly, this year in October, she did the same during her visit to Jodhpur to offer condolences to Union minister Gajendra Singh Shekhawat on the death of his mother. She also visited the former minister and key accused in the Bhanwari Devi murder case Mahipal Maderna’s house to pay her tributes to the Congress leader who died in October.

Senior journalist Manish Godha sees these programmes as a strategy by the Raje camp to prove her dominance in the Rajasthan BJP unit. “Keeping in mind the stand of the Central leadership of the BJP before and after the 2018 assembly elections, it becomes imperative for her to stay relevant in the politics of Rajasthan. Because she cannot do a political programme without the permission of the party, she has chosen to do religious or personal programmes,” he said.

The anti-Raje camp in the state BJP has already raised questions over such programmes. It is for this reason that Raje made it clear at the beginning of the programme this time that it was not a political event. “Some elements in the media are spreading falsehood that I am doing a political event when I am only going to offer condolences to our party colleagues who died in recent months. The condolence programme is not political. I am going to meet families of party leaders whom we lost to Covid and to pray for the prosperity of the state in temples.”

She made this statement again on Tuesday.

The timing of the programme is noteworthy. The BJP leadership is yet to recover from the rout it faced in the by-elections for two seats earlier this month. The party’s candidate stood fourth in the Vallabhnagar by-election, and in Dhariawad, its candidate came third. This was frustrating for the party because, in the 2018 assembly elections, the party won the Dhariawad constituency with a big margin.

This is not the first time that the party has faced a rout in by-elections. Earlier, in the by-elections for six seats, the party won just one seat and one went to its ally. Similarly, in the panchayat elections, barring the first phase, the BJP could not perform well in any of the local elections. After every disaster, some leader or the other has questioned the efficiency of the state leadership and demanded that the reins of the party in the state be given to Raje.

After the defeats in Vallabhnagar and Dhariawad, two former BJP legislators – Prahlad Gunjal and Bhawani Singh Rajawat – said if Raje was not made the party president, the party would face a drubbing in the 2023 state elections. The two leaders have maintained this stand even today. “The party won 120 seats (out of 200) in 2003 and 163 in 2013 on the popularity of Vasundhara Raje. If she is not projected as the CM face for 2023, the party is unlikely to get the majority,” Rajawat said.

During the rebellion by the Congress legislators in July last year under former deputy chief minister Sachin Pilot’s leadership, several BJP leaders conceded that if Raje was in charge of “Operation Lotus”, the outcome would have been different. Senior party legislator and former assembly speaker Kailash Meghwal had questioned the attempt to topple the Congress government.

As a matter of fact, all political experiments of the BJP following its defeat in 2018 to sideline Raje have fallen flat. The central leadership has failed to develop an alternative to Raje but the list of claimants for the CM’s post has increased. This includes more than a dozen leaders, including state BJP president Satish Poonia. All these claimants feel that the party will go into the 2023 elections without a CM face and will choose someone after the results.

Will BJP sort its internal troubles out?

Political commentator Mukesh Sharma was under the impression that by the time the election is due in the state, there will be such strong anti-incumbency against the Gehlot government that the BJP will sail past the majority mark without having a CM candidate. But that doesn’t seem to be the case now. “Instead of launching a big movement against the government, the party is busy sorting out its differences,” he said.

“After a long time, the Congress has started feeling that if it fights well, it can return to power in the state. The BJP, on the other hand, is indecisive on whether it will go into the elections with a CM face or fight it under collective leadership. If the party decides on a CM face, that person will obviously want that most of the legislators owe their allegiance to them. This will lead to tension during ticket distribution and that will prove disastrous for the party,” he added.

According to a senior BJP leader, who requested anonymity, the central leadership is worried for Rajasthan and was planning to change its stance. “There is not so much anti-incumbency against the Congress that the party [BJP] can think of going to the polls without a face and hope that anyone who gets a BJP ticket will win the elections. In the current situation, a face to lead the party has become absolutely imperative, a face that is popular across the state and that has the capability to balance the caste equations. There doesn’t seem to be an alternative to Vasundhara Raje for these reasons,” he said.

It is for this reason that through shows of strengths in different parts of the state, Raje is trying to bring home the message that she is numero uno in terms of popularity. In all programmes, she says she will work with all the 36 kaums (castes) together. She said in Jodhpur last month, “It doesn’t matter whether people like you or not. Only those who get the love and affection of the 36 kaums will rule.”