The relevance of parliament as an institution of accountability has come into question. 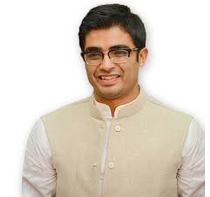 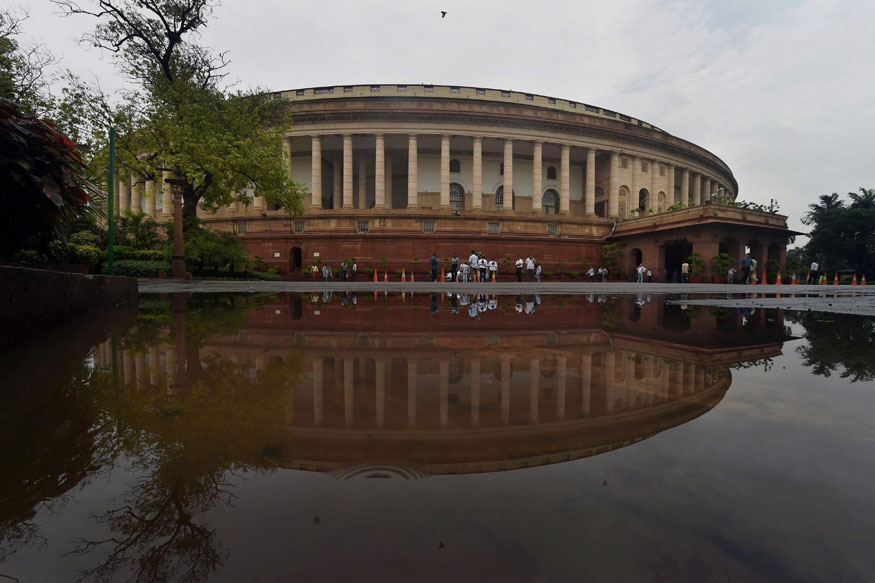 A view of the parliament. Credit: PTI

When Narendra Modi stepped into the Parliament House for the first time in May 2014, the prime minister-designate knelt and touched his forehead on the main entry gate. “This is the temple of democracy,” he proclaimed.

However, owing to the arbitrary functioning of his government, this “temple of democracy” has witnessed a travesty of constitutional propriety on a number of occasions.

The manner in which repeated changes in the Goods and Services Tax (GST) rates are being announced by the finance minister, when an amendment to the GST legislation is yet to be passed by the parliament, is a signal of the erosion of the authority and legitimacy of the parliament. It is a negation of the fundamental principles of our parliamentary system and constitutional provisions.

Ours is a parliamentary system of government based on the Westminster model. The constitution has vested the power over the purse in the hands of chosen representatives of the people, thus sanctifying the principle of ‘no taxation without representation’. The accountability of the government to citizens is implemented through scrutiny of its work by the parliament. Therefore, there was a touch of irony in the government’s announcements on GST bypassing the legislature.

After a prolonged opposition to the GST, the BJP realised the benefits of the law only after coming to power. The Congress had prepared a robust framework for a single unified indirect tax structure. However, post its implementation by the BJP, the outcome has been completely different from the conceived taxation model, defying the very purpose the tax reform was conceptualised for the Indian economy. Consequently, many structural flaws remain unaddressed.

The government had consistently maintained that it was not possible to cap tax rates at 18% in the GST Constitutional Amendment Bill when it was tabled in the parliament. But the hurried manner with which the rates were revised and the fact that a majority of items which were in the 28% bracket were scaled down to 18% indicates that the government erred by ignoring the Congress’s suggestions for an 18% cap on GST rates.

The government had avoided debates and discussions in the Rajya Sabha by snubbing the upper house on the GST Bill. There was an opportunity to go before the parliament, explain the structural flaws in the legislation and seek parliamentary approval for the revision. However, once again, parliament’s scrutiny was bypassed.

Unwillingness of the Modi government to subject itself to parliamentary scrutiny reveals two things –  its autocratic way of functioning and its vulnerability to defend itself against the irrational decisions it has taken.

Also read: If Parliament Doesn’t Have the Power to Convene Itself, How Effective Can It Really Be?

How can a government sacrifice a parliament session for a state election? This is a strategic move to avoid public embarrassment because of the failures of demonetisation, GST and other socio-economic and foreign policy fiascos on jobs, Kashmir, corruption, Doklam and post-Doklam Chinese aggression and the deteriorating cohesion of the social order under Prime Minister Modi.

People are agitated. Many important legislations are pending for parliament’s consideration. Sensing the mood of the nation, the Modi government has curtailed the winter session of parliament – this time around, the winter session is expected to have around 14 sittings and will be one of the shortest in the last decade.

Neither in 2002, 2007 nor in the 2012 Gujarat assembly elections were parliament sessions postponed or curtailed. In 2002, the winter session was held from November 18 to December 20, in 2007 from November 15 to December 7 and in 2012 from November 22 to December 20. The BJP has a history of vilification of parliament. It was during the government of Atal Bihari Vajpayee that the demands for grants of all the ministries were guillotined for the first time in history. The demands of only one ministry – agriculture – were discussed exactly for 15 minutes. Balram Jakhar spoke for those 15 minutes. While in opposition during the UPA regime, BJP kept on paralysing the legislature on issues which now are the priorities of their government.

Once the seat of power was occupied by the BJP, governance through legislation took a backseat. Ordinances became the preferred means of introducing legislative enactments. On an average, Modi government has promulgated ten ordinances per year. It went to the extreme end of specifically proroguing parliament to issue the Uttarakhand Appropriation (Vote on Account) Ordinance, 2016.

Constitution experts were surprised when the Aadhaar Bill was certified as a money bill simply to avoid Rajya Sabha scrutiny. The Bill had nothing to do with imposition, abolition or alteration of tax nor dealt with any financial obligation by the government. Successive attempts to bypass the legislature have eroded the credibility of parliament as an institution of accountability. Modi’s style of governance undermines the relevance of legislative oversight. He has set a new normal for parliamentary democracy. Genuine questions are arising about the relevance of parliament for the present government.

Jaiveer Shergill is a Supreme Court lawyer and National Media Panellist, the Indian National Congress. The views expressed are personal.