The messaging around national security and last-mile schemes allowed Modi to present himself as the best short-term solution, regardless of his long-term vision. 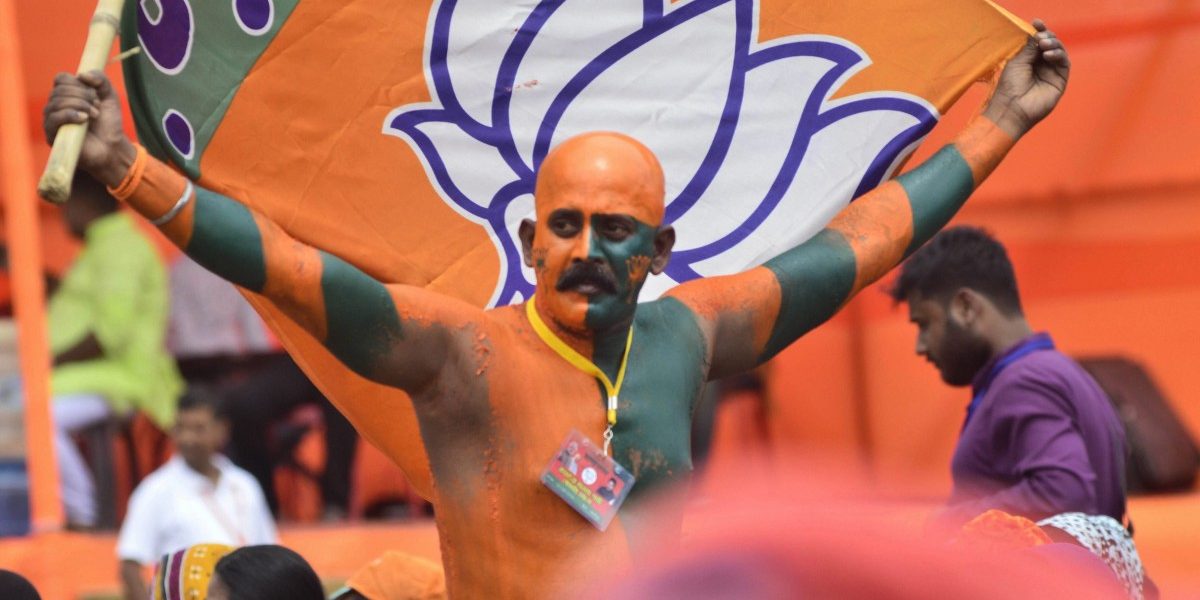 The Bharatiya Janata Party (BJP) – and more than that, Narendra Modi – has come back with a larger mandate than what it was given by India’s voters in 2014.

At one level, this is remarkable given the economic distress all around, which should have led to a strong anti-incumbency and a decline in the saffron party’s votes. The mandate is, in part, a reflection of short-term politics trumping the longer term issues facing the nation.

This is not the first time that this has happened in India.

In 1984, the big issue confronting the nation was the separatist movement in Punjab. How voting massively for Rajiv Gandhi – a reluctant politician, with little experience of politics and the issues at hand – would solve the problem was not of concern to the voters.

Similarly, for the 1991 elections, the critical issue was a sinking economy. Many voters who were not voting for the Congress suddenly shifted allegiance to that party because its leader was assassinated. The critical issue at hand became immaterial.

It is clear that a political narrative can either emerge or be created that diverts the attention of the public from the critical issues facing the country. Modi has managed to do that by focusing on muscular nationalism. This trumped the key issues of youth unemployment, the farmer crisis and growing alienation of minorities.

In media interviews and ground reports, many of the poor said yes they were hurting but when the nation is in danger that is more important.

Many, believing that the nation is in danger, wanted a strong leader and Modi projected himself as just that. If the threat was from Pakistan, it was easy to consolidate the Hindu vote. Finally, the opposition was projected as a rag-tag grouping without a common strong leader – so, there was no alternative (TINA). The BJP also strongly pushed the narrative that nothing had happened in the last 65 years and all gains in the country were achieved in the last 5 years. 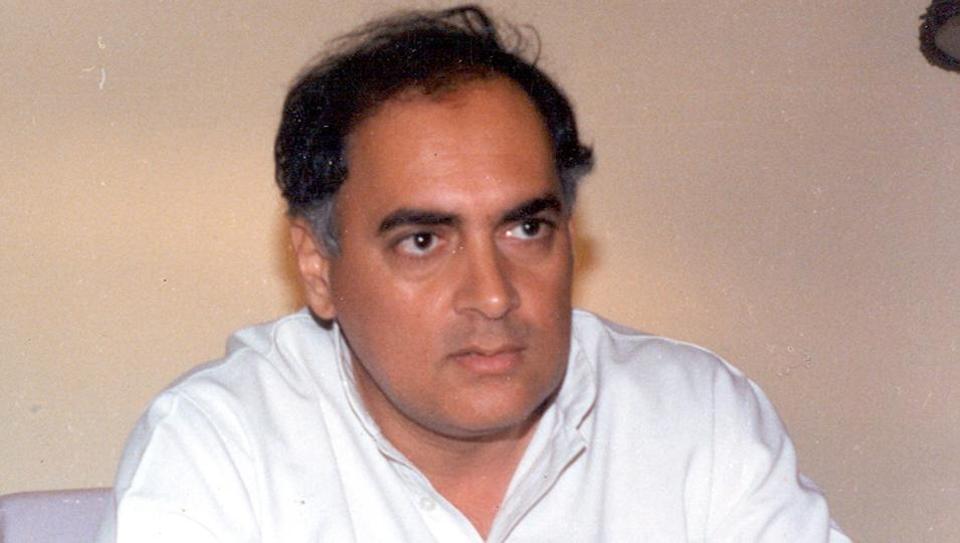 Missing the forest for the trees

It’s often easy to think of the immediate and not the long-term. An immediate retaliation against Pakistan is seen as more important than having  a nuanced foreign policy which serves the wider long-term national interest. For a majority, India’s isolation in the neighbourhood and an ineffective foreign policy vis a vis China matter little.

The well-being of people is not just economic but has political and social features which may be more important, depending on the situation. Slogans that have a ring with the public have often mattered more than the issues. So, garibi hatao became a big pull. Now it is nation in danger.

When one’s own life is precarious due to economic hardship, it is easy to believe that the nation is in danger.

Modi’s two big economic actions – demonetisation and the Goods and Services (GST) regime – were projected as being inherently nationalistic. Demonetisation was said to be a mahayagya for the nation in which everyone had to give ahuti by bearing hardships. A parallel was drawn between jawans standing at the border and people standing in queues at the banks.

GST was projected as a new freedom and unification of the nation. But ultimately, these nationalistic issues were hardly used in the election campaign as they sparked crises in the unorganised sector of India’s economy.

Indeed, these economic shocks were neatly sidestepped. At the time of the Uttar Pradesh elections soon after demonetisation, people willingly accepted their hardship because they felt that it was done to tackle the menace of black economy. They believed that the rich and the poor had been brought into the same queue and those with black money had been hurt and irretrievably damaged. They felt that justice had been done. This narrative changed when it was realized that all the money had come back to the Reserve Bank of India and none of the black money was demobilised. So, in the national elections this issue could not be used. Similarly, GST had hurt the economy with hundreds of changes in the last 22 months and could not be used as an issue of nationalism.

If these two issues had been highlighted, especially as nationalistic moves, it would have backfired upon the BJP. What came in handy was the Pulwama and Balakot incidents. The first reflected the danger confronting the nation and the second highlighted a muscular response establishing Modi’s credentials as a strong leader. People forgave or did not recall Modi’s unscheduled stop in Pakistan to greet Nawaz Sharif or the invitation to ISI after the terrorist attack in Pathankot. Modi repeatedly referred to martyrs of Pulwama and invoked Balakot to appeal to the voters. He asked the first-time voters to vote for the men who executed the surgical strike (meaning his party).

Demonetisation was one of the two shocks that created a crisis in the economy. Credit: PTI

On the economic front

If there was economic distress at various levels, how was this contained? We know that India’s poorest were hit by the two big shocks to the economy which led to a decline in the growth rate of the economy, rising unemployment and a farm crisis. This has meant a loss of Rs 25 lakh crore of incomes in the unorganised sectors of the economy in the last two and a half years.

Firstly, there was partial compensation for this loss through schemes like Ujjwala, Mudra and Swachh Bharat, whose aim was to primarily build rural assets, but whose implementation has not been the best.

The messaging around the different programmes was excellent. The BJP in particular did a good job of publicizing them, though many of the schemes were not new and merely continued what the efforts of past governments.

For instance, rural electrification has been going on for the last 70 years. Before this government took over, electricity had reached 6.3 lakh villages. Modi’s government added another 20,000 villages but tried to portray as if they had electrified all villages in the country.

That Pulwama and Balakot turned the tide in favour of the saffron party is clear from the fact that there was some amount of panic within BJP till these events occurred. For instance, to overcome the perceived anti-incumbency, in the budget on February 1, the government offered Rs 6,000 per annum to 12 crore farmers, pension to the unorganised sectors workers, and tax concessions to the middle class – even though revenues were inadequate and the fiscal deficit was likely to rise.

There was a rush to give the first tranche of Rs 2,000 before the announcement of the elections but only about 10% of the farmers could be identified and given the first tranche. Its various state governments offered loan waivers to farmers. Allocation to MGNREGS was jacked up to Rs 60,000 crore to provide work in rural areas.

All these steps were taken even though many of them go against the economic and social rhetoric that the BJP often deploys.

The crisis many poor Indians faced due to economic shocks also opened them to the idea of a nation in crisis, caused by outside forces or the ‘other’ in society.

These immediate issues have taken precedence over long-term ones. Building a harmonious society becomes secondary to defending one’s faith and imposing one’s beliefs on the other. The other is projected as a source of trouble and must be subjugated.

India is not alone in this trend of short-term trumping the long term. It is visible globally in the election of Trump, vote for Brexit, rise of Le Pen in France, decline of popularity of Angela Merkel, rise of Erdogan in Turkey, what is happening to the ANC in South Africa or to Suu Ky in Myanmar, changes in Egypt, Brazil, Philippines and so on. Modi is in step with this global trend.

But India is far more heterogenous than any of the countries mentioned above and needs a far more nuanced approach to its problems – will this now happen?