Akshayvar Lal Gond remarks were echoed in similar allegations of foreign funding made by Karnataka chief minister Basavaraj Bommai in the state assembly on Monday. 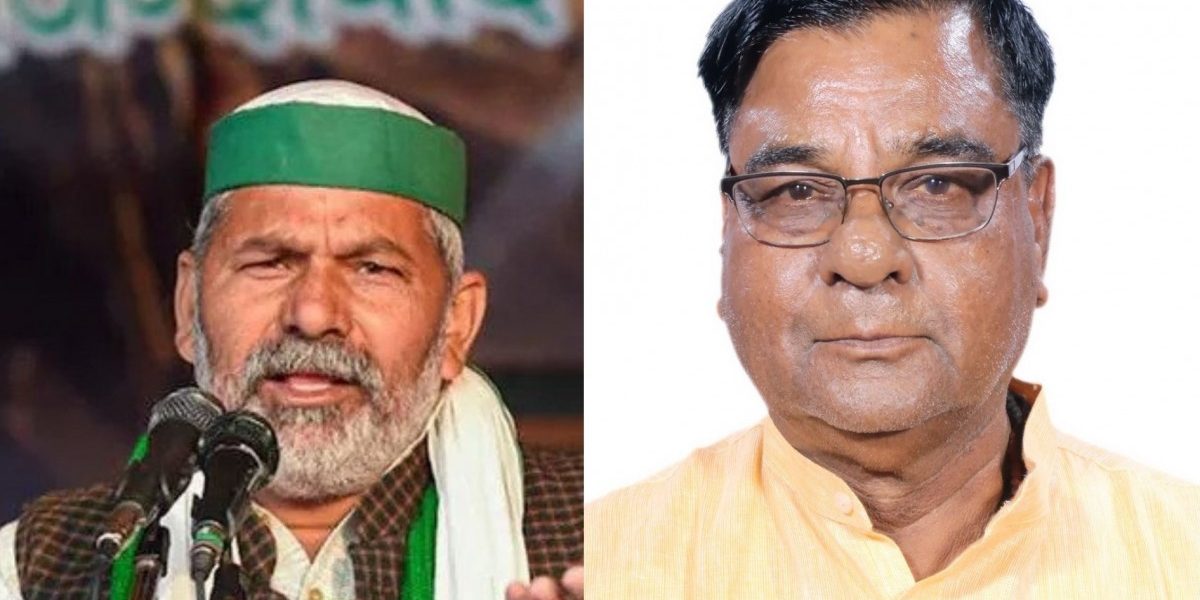 Gond’s remarks came while speaking to reporters about the ruling party’s completion of four-and-a-half years in power in UP.

He went on to say that the the people who have been protesting the contentious farm laws since they were introduced in September, 2020, were not farmers but instead were “people from political parties motivated by ‘Sikhistan’ and ‘Pakistan’”.

He tried to substantiate this remark by saying that, if it were “real” farmers protesting, there would have been a shortage in foodstuffs, such as milk, vegetables, food grains and fruits, in the country.

He even alleged that the farmers’ protests were receiving funds from foreign countries such as Canada. “The money is for terror funding and agencies are probing it,” he said.

Farmers, mostly from North India but with support from across the country, have been protesting the three agriculture bills since they were introduced in the Lok Sabha in September of last year. The farmers’ opposition to the laws stems from, among other things, a fear that they will do away with the system of Minimum Support Prices (MSP) which ensure farmers receive adequate compensation for their crop.

Moreover, there are concerns that these swapping changes would leave India’s farmers at the mercy of large corporate players.

Protest sites have been set up on many of New Delhi’s borders.

On Monday, September 20, Karnataka chief minister Basavaraj Bommai had echoed Gond’s sentiments when he called the farmers’ protests “sponsored” in a response to a question in the state assembly, Hindustan Times reported.

The chief minister further alleged that the protests were sponsored by the Congress, in conjunction with “foreign agents”. Several members of the Congress took exception to and resulted in heated exchanges interrupting proceedings in the assembly.

Congress’ Karnataka chief, D.K. Shivakumar called Bommai’s remark an “insult” and leader of the opposition in the state, Siddaramaiah, called it “most irresponsible”.