The woman, Nitu Tejwani, was participating in a protest over water supply in Naroda when the incident allegedly took place. 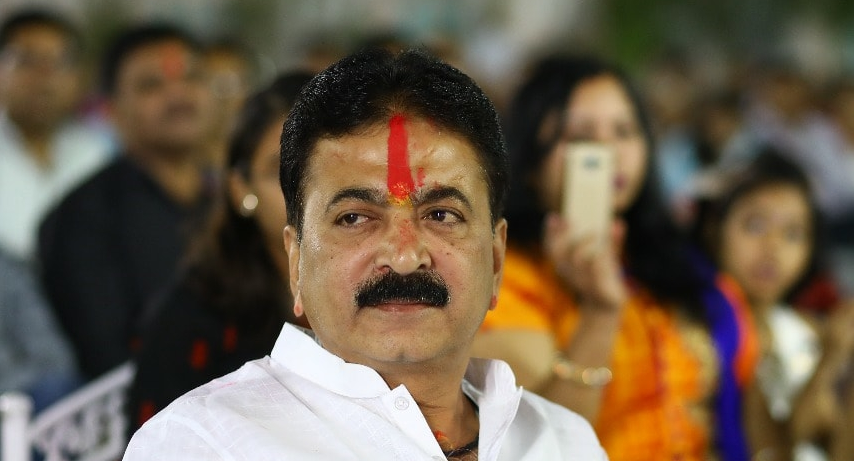 New Delhi: BJP MLA from Naroda, Balram Thawani, has been caught on camera assaulting a woman in a clip that is being widely circulated across social media.

The woman, Nitu Tejwani, a supporter of the Nationalist Congress Party (NCP), was reportedly participating in a protest on Sunday over water supply in Naroda in Ahmedabad when the incident took place.

Speaking to news agency ANI, she said, “I went to meet Balram to discuss the lack of proper water in the area. Without saying anything, he (Balram) came and started slapping and thrashing me. When my husband saw this, he came to my rescue. Immediately, some of Balram’s supporters came from inside and started thrashing my husband with sticks. Women who were protesting along with me were also brutally beaten up by Balram and his supporters.”

Nitu Tejwani, NCP leader from Naroda: I had gone to meet BJP MLA Balram Thawani over a local issue but even before hearing me he slapped me, when I fell down he started to kick me. His people also beat up my husband. I ask Modi ji, how are women safe under the BJP rule? #Gujarat pic.twitter.com/PWUjekyyyC

Balram Thawani has since apologised for the incident and has claimed that it was “not intentional”.

“I got swayed by emotions, I accept the mistake, it was not intentional. I have been in politics for last 22 years, such a thing has never happened before. I will say sorry to her,” the BJP legislator told ANI.

Balram Thawani,BJP MLA who was caught on camera kicking a woman NCP leader in Naroda: I got swayed by emotions,I accept the mistake, it was not intentional. I have been in politics for last 22 years,such thing has never happened before. I will say sorry to her. #Gujarat pic.twitter.com/FNZWzYt4gY

Balram Thawani has since claimed that he has “cleared out the misunderstandings” with Tejwani and has “promised to help her if she ever needs any help”.

This incident comes close on the heels of at least two other instances where women were assaulted or attacked by police personnel. In Haryana, a video of policemen thrashing a woman with a belt went viral, and five officers faced action. In Madhya Pradesh, video footage of a woman being dragged by a female police officer went viral, prompting an enquiry.