According to Anand Sharma, Congress's accounts section was totally paralysed for three days. 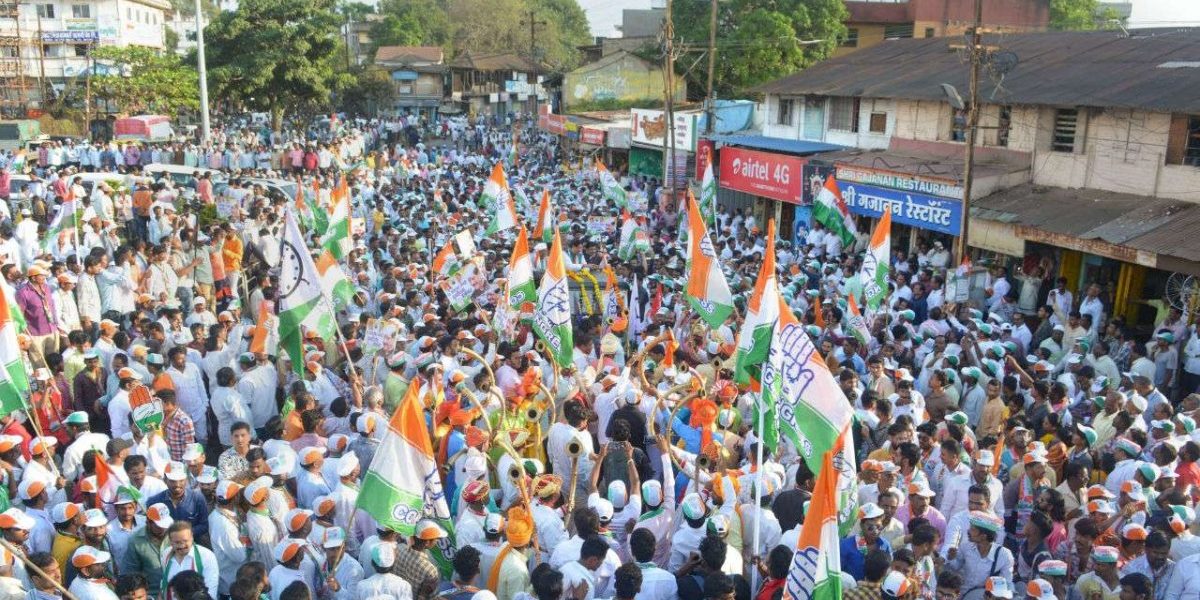 Congress supporters campaign ahead of the assembly polls in Maharashtra. Photo: PTI

New Delhi: The Congress moved the Election Commission, on Tuesday, over “raids” on houses of some party employees, alleging that the Income Tax Department was being misused ahead of assembly polls as a “revengeful” arm of the BJP to target political opponents.

A Congress delegation, comprising Ahmed Patel, Anand Sharma, Kapil Sibal, Vivek Tankha and Manish Tewari, went to the EC office and submitted a memorandum claiming that unknown officials of the Income Tax Department carried out raids on the houses of Congress party officials and searched the premises illegally and refused to show any identity proof or document.

The opposition party requested the EC to intervene urgently and take strong and punitive action against the officials carrying out “illegal raids”.

“Ahead of elections, CBDT people in Maharashtra and Haryana go to our accountants’ house, enter and remain there from 6:00 PM Friday to Sunday evening, without any warrant, without any document,” Sibal told reporters outside the Election Commission.

“We know that you people misuse everything. You misuse ED, CBI, and CBDT… Is this not a danger to the very fundamentals of Indian democracy? If this is not an attack on democracy, then what is it,” he asked.

Also read: Interview | ‘BJP Have Me on a Radar’: Ashok Chavan Speaks on Congress’s Hopes in Maharashtra

Claiming that the BJP is the richest political party of the world, he said the Congress is required to transfer, whatever funds it has, to its candidates in Maharashtra and in Haryana, in their designated bank accounts by cheque, but has been prevented from doing so.

“That is illegality and we have conveyed to the Election Commission that they should intervene. We have seen it happening in the last elections, it is happening now brazenly,” he said.

Tewari said the delegation asked the Election Commission to call the CBDT and its top officials to account and seek an explanation as to why this “arbitrary high handed and completely draconian behaviour” is taking place.

Congress also gave another memorandum to the EC alleging criminal intimidation of voters in Kaithal where the party’s chief spokesperson Randeep Surjewala is contesting.

“This is to bring a grave and urgent matter to the attention of the Election Commission and to place on record criminal activities being orchestrated at the behest of the BJP candidate for Kaithal, Haryana, Leela Ram Gujjar,” the memorandum said.

“If the party in power is allowed to deploy criminals to subvert the outcome of an election, the Election Commission must take note and order an immediate investigation,” it said.