The party said to 'democratise' the process, suggestions from over 10 crore people in 4,000 constituencies would be sought. 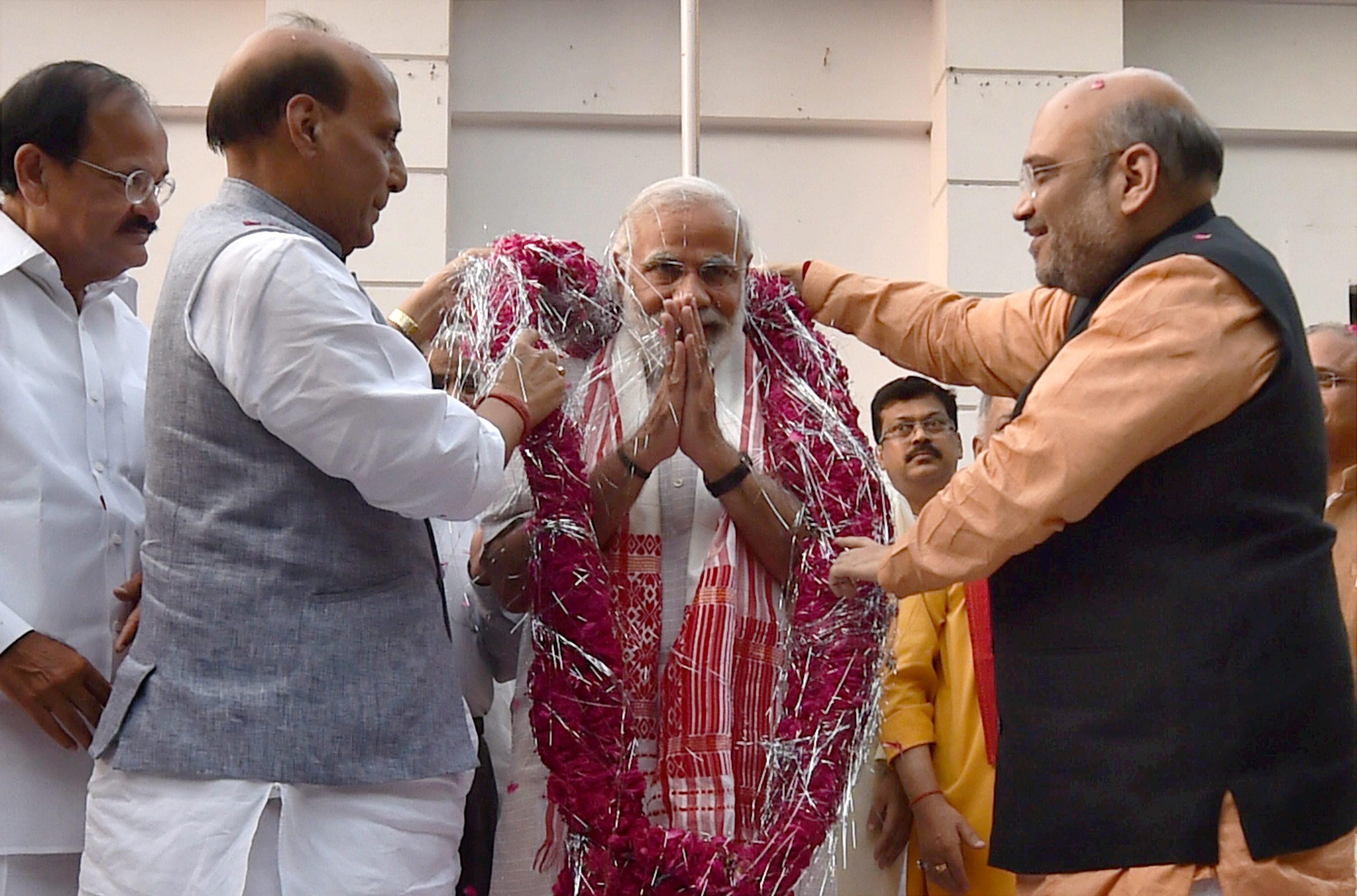 New Delhi: In a bid to ‘democratise’ the process of compiling a manifesto, the Bharatiya Janata Party (BJP) has begun crowdsourcing suggestions. The party plans to reach out to more than 10 crore people over the next month to gather suggestions for its 2019 Lok Sabha election manifesto.

On Sunday, Union home minister Rajnath Singh – who is also the party’s manifesto committee chairperson – and Amit Shah launched the website bharatkemannkibaat.com, a toll free number and flagged off 300 trucks. These trucks would visit 4,000 assembly constituencies and place suggestion boxes to gather suggestions, according to The Hindu.

At the event, Shah and Singh released the slogan, “Kaam Kare Jo, Ummeed Usi Se Ho” (Expectations are only on those who deliver). The party’s final manifesto will be released before the last date of withdrawal of candidature for the election.

According to the Times of India, the first suggestion was dropped in by an employee of the hotel where the event was launched. He apparently suggested that a Ram temple be built at Ayodhya.

Also Read: Mamata Banerjee Is Back in Her Street Fighter Role – and That Should Worry the BJP

Speaking to the press later, Singh said “inclusive growth would be the guiding light of the manifesto”. He claimed the Narendra Modi government’s track record provides “ample proof” of inclusive growth. “Our government wants inclusive development. In order to give 10% reservation to those who never received it before, the government made amendments to the Constitution. We will not let any section be ignored,” Singh said, according to The Hindu.

A 20-member team, set up in all the states, will review suggestions and forward them to the manifesto committee, Shah said. The manifesto committee has been divided into 12 sub-heads to cover subjects like inclusive growth, skill development and education, culture and infrastructure.

Shah said the attempt is to “fully democratise” the exercise of putting together a manifesto. He claimed that other parties have sacrificed internal democracy “at the altar of dynasty. The BJP, he said, has robust inner party democracy and is “making sure that our country’s democracy is strengthened by this exercise”.