When Is the BJP Likely to Achieve a Majority in the Rajya Sabha?

If we assume no major changes in the state elections held in 2018 and 2019 (a strong but unavoidable assumption since we can’t predict the future), the NDA approaches a Rajya Sabha majority only in 2020. 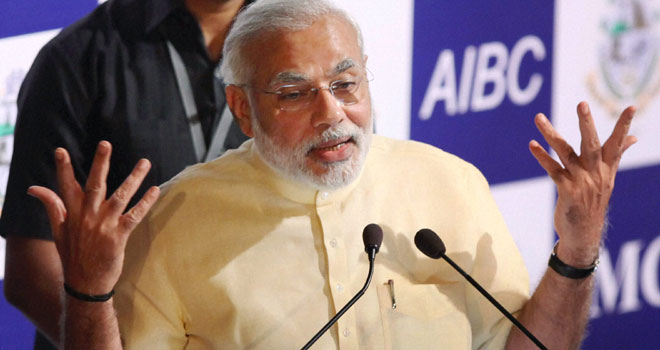 Now that the dust has settled on the Bharatiya Janata Party’s historic victory in Uttar Pradesh, let’s get down to the big question: how close does it get the ruling National Democratic Alliance to a Rajya Sabha majority and when? The government’s minority status in the Rajya Sabha has slowed and even halted important elements of its legislative agenda, such as the GST and land acquisition amendments. An upper house majority would greatly strengthen its ability to pass bills, but it could also embolden the Sangh parivar to push its core ideological issues such as a uniform civil code, eliminating Article 370 and perhaps even the transforming India into a “Hindu rashtra”.

UP is clearly the prize in the Rajya Sabha: it contributes 31 of the upper house’s 245 seats, of which ten will have elections in 2018 and another ten in 2020. With a supermajority in the UP state assembly, the BJP is likely to win seven new seats from UP in each round (it already has three Rajya Sabha MPs in UP).

Adding up all the states, the NDA will gain a total of 18 seats in 2017 and 2018 (including two grabbed from the Congress party in Goa and Manipur), while the Congress and its allies’ tally will drop by a similar amount.

Those are meaningful shifts in seats, but not enough to give the NDA control of the upper house, where it will remain short by about 30 seats (as was anticipated in 2014). It will continue to require the support of regional parties like the Trinamool Congress, AIADMK and Samajwadi Party to pass bills through the Rajya Sabha.

Things improve for the NDA in 2019 and 2020. If we assume no major changes in the state elections held in 2018 and 2019 (a strong but unavoidable assumption since we can’t predict the future), the NDA approaches a Rajya Sabha majority only in 2020.

The ruling coalition will still fall a few seats short, but should be able to corral support from a wide selection of regional parties to pass bills. The good news, at least for people wary of the BJP’s Hindutva agenda, is that the BJP will lack the power to change India’s constitution. But it should be able to push economic reform bills through both houses if its allies are supportive.

The bad news: the BJP has every intention – as revealed by Adityanath’s anointment as UP chief minister – to push ahead with hardline Hindutva. And if the environment is polarised enough, there is no guarantee that the BJP’s allies won’t cave to an aggressive right-wing assertion. Assuming, of course, that 2019 is in the bag for the BJP.

This article originally appeared on Chaunauti. Read the original article.