BJP Played a Do-or-Die Game, the New Maharashtra Coalition Can Now Do the Same

The Shiv Sena-NCP-Congress alliance government could be a turning point in Indian politics if it can shine a light on matters Amit Shah and Narendra Modi would rather keep hidden, from the death of Judge Loya to the truth about Bhima Koregaon. Uddhav Thackeray and his son Aaditya Thackeray (L) at the swearing in. Photo: PTI/Mitesh Bhuvad

In an article last week, I explained how the prime minister and home minister had killed democracy in Maharashtra and buried its corpse somewhere in Raj Bhavan.

It turns out that our modern-day Chanakyas may be experts in ‘entire’ political science, monetary economics, law, plastic surgery and astrology. But despite claiming the legacy of Aryabhata, their skills in basic arithmetic aren’t up to scratch. With the result that what was intended as a brilliant ‘masterstroke’ – the word the ‘Modi hai to mumkin hai’ crowd love using – turned into a shabby flop. Fadnavis resigned when asked to demonstrate within 24 hours a majority on the floor of the assembly that he knew he didn’t have. And finally, today, the Shiv Sena’s Udhav Thackeray was sworn in as chief minister as the head of a coalition that also includes the NCP and Congress.

In this article, I will explain where Modi and Shah went wrong, and why the Maharashtra fiasco should be seen as a turning point which holds lessons not just for the BJP and the opposition but for everyone concerned about the future of democracy in India.

Devendra Fadnavis being sworn in as the Maharashtra chief minister by the governor on Saturday morning. Photo: PTI

What the crisis was not about

First, let me start by saying what the Maharashtra crisis was not about.

In his resignation speech, Devendra Fadnavis criticised the opportunist nature of the coalition the Shiv Sena has formed with the NCP and Congress. On their part, many critics of the BJP have also attacked Fadnavis for trying to form a government with the NCP, against whom he had just fought an election.

Let’s be clear that in a hung assembly when no one party has a majority, alliances of this kind are bound to happen. They are perhaps even desirable. What matters is what the process of alliance building looks like. Forging a coalition across ideological lines is always complicated and takes days if not weeks of difficult negotiations. Just look at what happened in Germany after the 2017 Bundestag elections!

So when there are four parties in Maharashtra and no single party is within reach of the half-way mark, strange and unusual coalitions are bound to emerge.

In Maharashtra, Sharad Pawar pursued his efforts to bring the NCP, Sena and Congress together in broad daylight and none of the parties attempted to hide the difficulty some of their leaders had in digesting the proposal. The parties have now put together a common minimum programme which reflects some of their own individual political priorities but also represents a joint commitment the three are making to the people of Maharashtra at large.

Amit Shah and Narendra Modi, on the other hand, made all their manoeuvres under the cover of darkness. They could have held open discussions with Sharad Pawar of the NCP, who, after all, had offered to support the BJP in the assembly in 2014! The BJP could have negotiated an Agenda for Alliance, the way it did with the PDP in Kashmir in 2015. But in Maharashtra, Shah and Modi chose not to work that way. Lord only knows what combination of threats and blandishments was dangled before Ajit Pawar to get him to break ranks with his party and family but I suspect the BJP used the spectre of corruption cases to win him over.

Ajit Pawar, in turn, appears to have used subterfuge to obtain some plausible form of documentary evidence that the NCP was willing to back Fadnavis. Of course, he knew the lie would quickly unravel but must have received assurances from the BJP’s Chankayas that in the two weeks the governor was helpfully giving Fadnavis, the party would make sure the numbers would finally all add up.

In the end, between the shrewdness of Sharad Pawar and the Supreme Court’s unwillingness to deviate from past precedent, this clumsy attempt at a putsch quickly fell apart. And now we have the Maha Vikas Aghadi government in place. The rest, of course, may well be history – if the Congress, NCP and Shiv Sena carefully follow the dharma of coalition.

Will the alliance collapse?

Amit Shah and Narendra Modi’s hopes now rest on this unusual alliance collapsing either on its own accord, or with some inducement from the BJP’s coffers and prodding from the CBI and ED – which is precisely what happened in Karnataka.

Of course, these hopes are based on the assumption that the Shiv Sena deserted the NDA out of momentary greed. But what if the Sena broke with the BJP on the basis of a strategic calculation that this alliance was damaging its long-term interests? Things would be very different then. And there are two reasons for the Sena to believe that may be the case.

First, as Badri Raina has compellingly argued in The Wire, the Sena always rode two tigers – Hindu chauvinism and Maharashtrian parochialism – but is now asking itself whether the gains from Hindutva have exhausted themselves. Triple talaq, Ayodhya and Article 370 cannot yield any more political mileage. There are one or two items still left but the law of diminishing returns appears to have set in.

Also Read: Maharashtra: Here’s a Look at What the New Alliance Government Is Promising

Second, the Sena knows the BJP would clearly like to decimate it and take over its base and will use all the levers at its disposal to accomplish that goal. And that the only way to protect itself is to get into the driver’s seat.

Even if the Sena feared the risk it was taking by breaking with the BJP, the manner in which Modi and Shah misused the office of the governor and the president to surreptitiously capture power in Maharashtra would have made it clear there could be no turning back now. 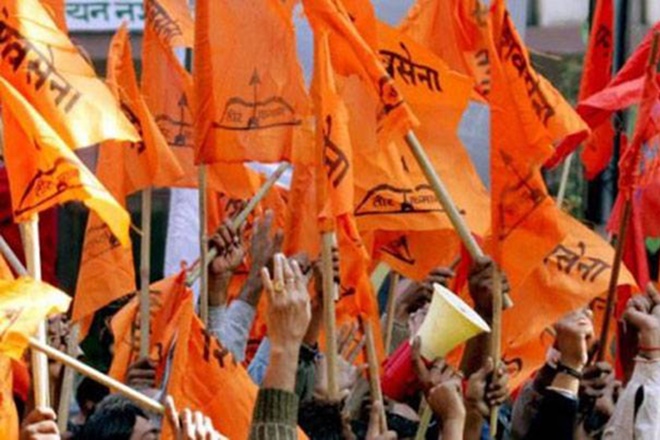 Is Shiv Sena asking itself whether the gains from Hindutva have exhausted themselves?

Objectively, there is no reason the Maha Vikas Aghadi should not be able to take their arrangement forward into the 2024 Lok Sabha elections. For one thing, the Sena knows that if Modi and Shah are not defeated that year, the BJP will find a way to exact a horrible revenge.

It is this do-or-die situation that Modi and Shah have created for not just the opposition but some of their allies which has raised the stakes in Maharashtra to such a high level.

It is worth asking why Amit Shah was so reluctant to allow the Shiv Sena to hold the chief ministership as part of an NDA government. Could it be because, as CM, Uddhav Thackeray would have been able to get a birds-eye view of all sensitive matters? Including how the Fadnavis government was able to use the police and lower judiciary to close the books on, say, the mysterious case of the death of Judge B.H. Loya, an issue Uddhav Thackeray had raised in January 2018. Or the Sohrabuddin case, the killing of the RTI activist Satish Shetty, and the activities of Hindutva terror groups (which incidentally are linked not to the Shiv Sena but other sections of the right-wing ecosystem). Or the PMC Bank scam and the manner in which campaign funds have been amassed. There is also the Bhima Koregaon misadventure in which leading Dalit activists, trade unionists, lawyers and others have been framed by the Maharashtra police in a convenient but unbelievable plot to assassinate Narendra Modi. This fake plot was used to prepare the ground for the draconian amendments to the Unlawful Activities (Prevention) Act that Amit Shah pushed through earlier this year.

From their new perch at the helm of one of India’s most important state governments, the BJP’s opponents are well placed to ensure that all of these matters get a good dose of sunshine.

Having come this far in confronting the BJP, the Sena and its newfound allies have nothing to lose and everything to gain by looking into matters that Shah and Modi would rather keep hidden.