Why Does the BJP Get Away With Lies?

The fact that the government most probably misled the people over the nature of a terrorist threat in Kashmir is now almost an irrelevant aside. 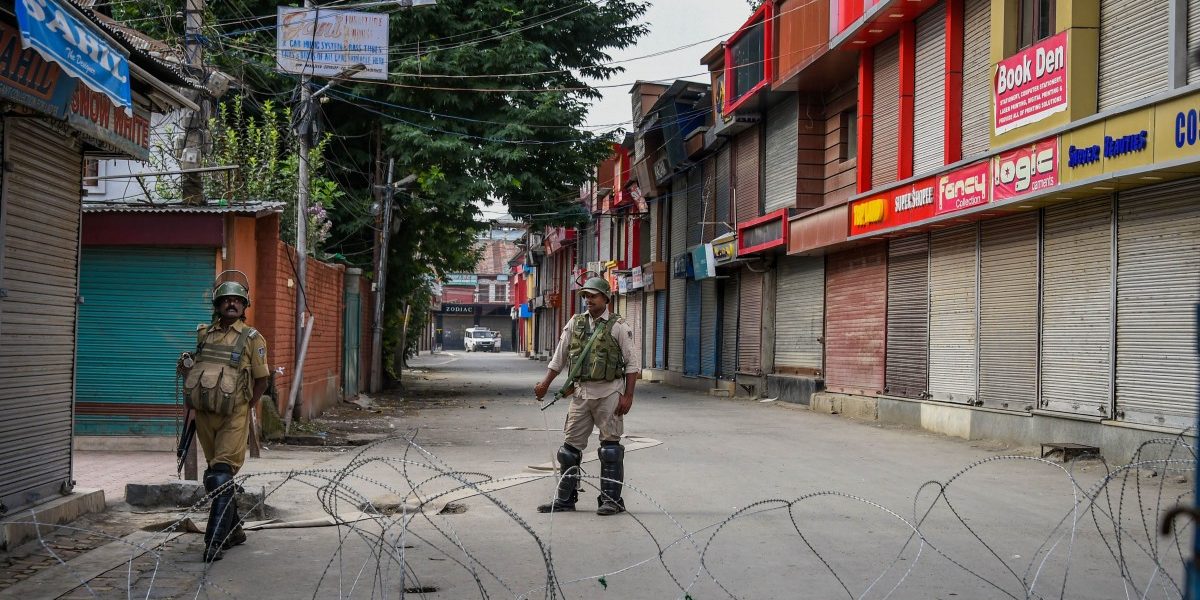 When the history of India’s sordid new chapter in Kashmir is written, let it be noted that it all began with lies.

Regardless of the veracity of the terror threat, that the government used it as subterfuge to prepare the ground for its dramatic steps is now beyond question.

Yet, among all the din of jubilation and paeans to the ‘making of history’, the fact that the government most probably misled the people over the nature of a terrorist threat is now almost an irrelevant aside.

As the ruling party rightly anticipated, the people don’t seem to mind being deceived. This acceptance to lying with a “mixture of gullibility and cynicism” is reminiscent of the totalitarian societies Hannah Arendt described in her book The Origins of Totalitarianism. We are at a stage where deceiving the public is a matter so normalised and inconsequential that even the opposition does not deem it worthy of questioning. Hardly anyone even took note when the home minister lied in parliament that Kashmiri leader Farooq Abdullah was not in detention.

The words of Arendt so aptly resonate with our present moment that it is worth quoting in full:

“The totalitarian mass leaders based their propaganda on the correct psychological assumption that, under such conditions, one could make people believe the most fantastic statements one day, and trust that if the next day they were given irrefutable proof of their falsehood, they would take refuge in cynicism; instead of deserting the leaders who had lied to them, they would protest that they had known all along that the statement was a lie and would admire the leaders for their superior tactical cleverness.”

To gauge how accepting society has become of such lies, let’s recall another episode. It is now long forgotten that the prime minister accused the Congress party, including the former prime minister and the vice president, of colluding with Pakistan to win the 2017 Gujarat elections. Without providing a shred of evidence, the prime minister made up the story that Manmohan Singh and Hamid Ansari had met, and conspired with, the Pakistani high commissioner and former foreign minister at Mani Shankar Aiyar’s residence.

It was such a fantastical lie that the BJP didn’t even defend it after the elections. However, what was incredible to see was that few people seemed to be bothered that their prime minister could so brazenly lie about the former prime minister having committed treason. It was such a trivial matter, apparently, that the BJP didn’t even feel compelled to apologise, instead issuing some vague patriotism certificates to the impugned leaders. In the words of Arendt, perhaps most people just admired Modi for his ‘superior tactical cleverness’.

When the truth ceases to matter is when we begin to slide into the abyss of a totalitarian society. It is true that most politicians distort the truth, and are not above the occasional falsehood. “No one has ever doubted that truth and politics are on rather bad terms with each other,” as Arendt wrote. But what distinguishes a totalitarian society, according to Arendt, is “systematic mendacity”, an attempt to replace reality with pseudo-reality.

The news media, and increasingly social media such as WhatsApp, have been weaponised not just for spreading lies, but for what literary critic George Steiner called “historiocide”, the destruction of historical-factual reality. When Nehru and Gandhi become popular villains, it’s safe to assume that most people are getting their history lessons from what they are fed by WhatsApp and TV news than from authentic history books. Writing on the BJP’s election victory for the New York Review of Books, author Sonia Faleiro succinctly captured the role of the media:

“The mainstream media, particularly cable news, amplified the BJP’s message and drowned out the opposition. They editorialised the news, started rumours, and spread lies. Truth was an illusion, and everything was propaganda.”

In a society where propaganda has largely replaced reality, other vices soon appear, such as what George Orwell termed as “doublethink”. Doublethink, the act of simultaneously holding two mutually contradictory beliefs to be true, is vividly exemplified in our current discourse on Kashmir.

You can believe the ruling party’s claims that many people in Kashmir welcome the drastic changes forced on them, while supporting keeping them in a continual state of lockdown.

You can laud Modi’s speech for “reaching out to the Kashmiri people” while knowing that they have been cut-off from all outside communication.

You can hail the ruling party for having successfully tackled terror over the last five years, while also believing that the security situation is so grave that it justified extinguishing the state of Kashmir.

You can claim that the ruling party’s ‘masterstrokes’ will end all conflict and terror while supporting the further “militarisation” of one the most militarised zones of the world.

These beliefs seem bizarre, but are only natural in a context where the stranglehold of propaganda prevents most genuine ground reports from escaping Kashmir. All we are shown on most channels are ’embedded’ journalists reporting of “calm” and “peace” from hotels and police stations. Or the occasional videos of our National Security Advisor talking to locals, staged with a subtlety that would put North Korea to shame.

Also read: You Can Threaten Kashmiris, But You Don’t Have the Courage to Look Them in the Eye

But even the most well-crafted propaganda doesn’t work in the absence of a people willing to believe it. According to Arendt, truth is besieged because people don’t want to face it, recognise it, accept it or believe it. It is not just the ruling party, but also ordinary people who accuse the few remaining independent journalists of spreading ‘negativity’ and maligning the nation. This craving for self-deception was at the root of the “gullibility of the European people” to totalitarianism, Arendt believed. In the absence of self-control and self-determination, people crave for the “consistency in reality” that ideology can provide.

Sociologist Satish Deshpande recently ascribed the popularity of the Modi regime to the “lifting power of its ideology” which vanishes “the bleakness of the present and the immediate future”. At a time when the economy is weak and unemployment is high, Deshpande contrasts the “pulling down force of reality” and the “raising force of ideology”. “Hindutva is – it has to be – so loud and shrill, because there is so much it has to cover up or distract attention from,” Deshpande remarked.

As we drift further away from Gandhi’s India, we must remember that the horrible atrocities in 20th century Europe were all based, essentially, on this contempt for truth and the blind embrace of ideology. Gandhi perfectly understood this essential relationship between truth and non-violence, which were the twin basis of all his politics. In a sense, our contemporary politics represents the polar opposite.

To struggle against the assaults to our constitutional and democratic protections, the opposition must therefore not yield to the tempting logic of “popular opinion” but rediscover this Gandhian preoccupation with truth. By yielding to “popular opinion” the opposition confines its politics to the illusory world of propaganda, and thus ends up legitimising it. Only by a consistent and direct assault on this world of propaganda, can the opposition undermine the politics of the ruling party and, in time, shift the popular opinion in their favour. They must begin by telling the truth of the horrible situation in Kashmir, and of whole process of deceit that enabled this daylight robbery of their democratic rights.