BJP to Stage Dharna on Wednesday to Demand Kumaraswamy's Resignation 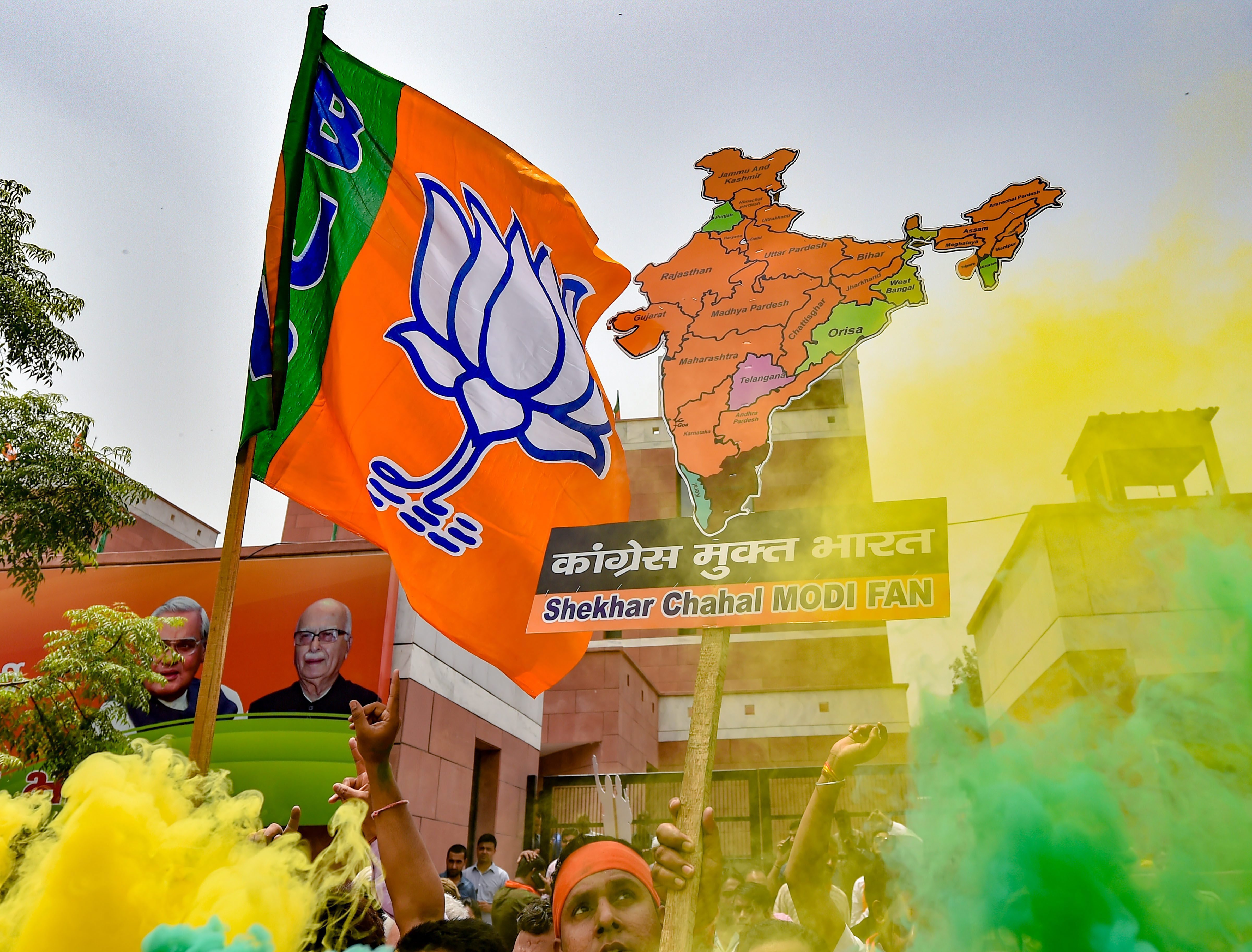 New Delhi: The Karnataka unit of the BJP has decided to stage a dharna in Bengaluru on Wednesday, to demand the resignation of chief minister H.D. Kumaraswamy, who it claimed, has lost the majority after 14 MLAs of the ruling Congress-JD(S) coalition tendered their resignations.

The coalition has been in a turmoil since 11 Congress MLAs and three from the JDS quit.

The party’s state president B.S. Yeddyurappa told mediapersons that he had held discussions with legislators and has decided to protest at 11 AM on Wednesday. “Kumaraswamy who has lost the majority,” he said.

The former chief minister has held a series of meetings with party leaders at his residence since Tuesday morning to discuss the ongoing political developments and the BJP’s plan of action.

According to sources, Yeddyurappa is expected to meet governor Vajubhai Vala at the Raj Bhavan on Wednesday.

The BJP’s protest comes a day after Congress leaders, including AICC general secretary K.C. Venugopal and Congress legislature party leader Siddaramaiah staged a dharna near the Gandhi statue. They accused the BJP of trying to destabilise the government through undemocratic means, using money and political power.

In a blow to the Kumaraswamy-led government, the number of coalition MLAs who have resigned has increased to 14, with the addition of R. Roshan Baig on Tuesday.

The ruling coalition faces the threat of losing its majority if the resignations of the rebel MLAs are accepted and it’s tally would be reduced to 102.

Also Read: The Imminent Implosion of the Congress-JD(S) in Karnataka Has Happened

Currently, the JD(S)-Congress coalition’s total strength is 116 (Congress-78, JD(S)-37 and BSP-1), besides the speaker. With the support of two independent MLAs, who on Monday resigned from the ministry, the BJP has 107 MLAs in the 224 member House, where the half-way mark is 113.

Meanwhile, a delegation of BJP leaders, led by party state general secretary Arvind Limbavali tried to meet speaker Ramesh Kumar, who was not available at his office.

Limbavali told reporters that the delegation had come to discuss the assembly session, which is scheduled to begin on July 12. “But the Speaker has told us he is away, so we will seek an appointment once again and meet him.”

Despite the JD(S) and Congress’s attempts to stop more legislators from resigning, three more are likely to quit. According to The News Minute, MLAs Anjali Nimbalkar, M.T.B. Nagaraj and Lakshmi Hebbalkar will tender their resignations to the speaker.