"There were speculations and so I decided to end them and free the party to make its choice. I will not contest Lok Sabha elections," the Lok Sabha Speaker said. 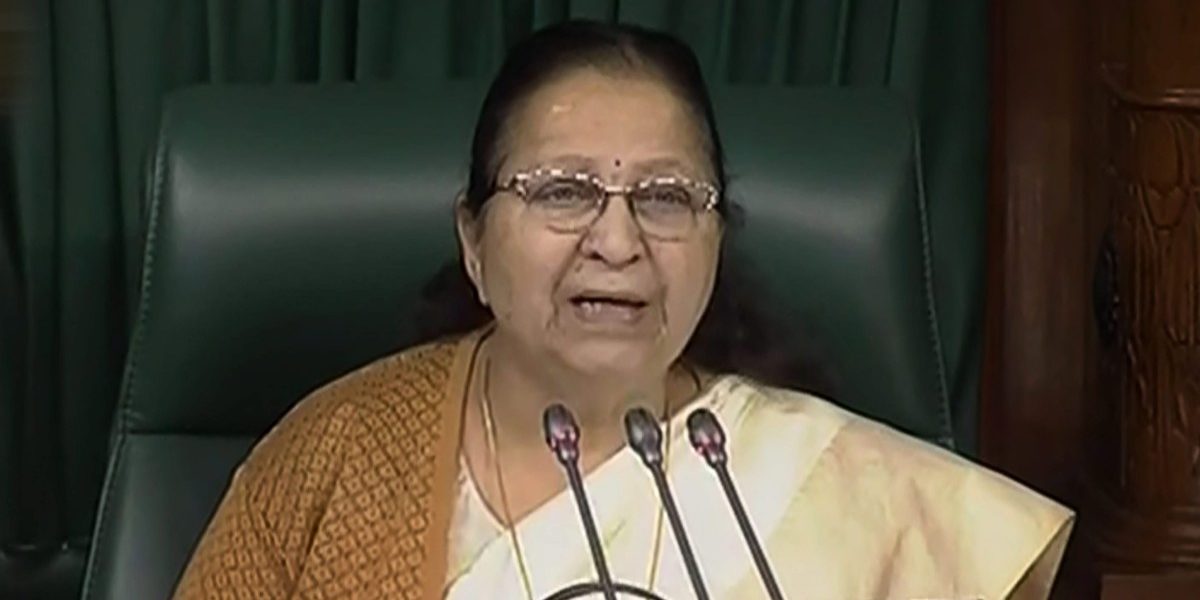 New Delhi: With the BJP taking its time to announce its candidate from Indore, eight-time MP Sumitra Mahajan has decided to not contest the upcoming elections. In a letter, Mahajan, the Lok Sabha Speaker, said she has freed the party to make its choice.

Mahajan turns 76 next week. She told PTI that there had been speculation about whether the party would field someone who has crossed the 75-year age bar. On Thursday, BJP chief Amit Shah had told The Week magazine that it was his party’s decision not to give Lok Sabha poll tickets to those above 75 years of age even though he did not named Mahajan.

“There were speculations and so I decided to end them and free the party to make its choice. I will not contest Lok Sabha elections,” she told PTI from Indore.

The party, she said, can now make its decision without any hesitation. Stating that she had received immense love and support from people of Indore, she hoped the BJP would quickly make up its mind for its candidate from Indore and end this uncertainty. 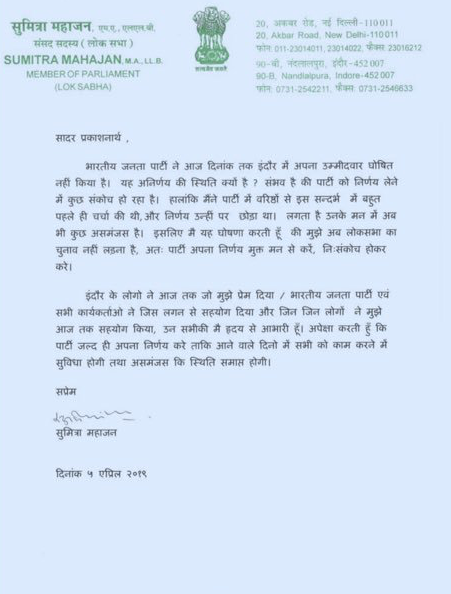 According to News18, after sending the letter, Mahajan had a closed-door meeting with Indore mayor Malini Gaud, who is seen as a strong contender to replace Mahajan.

It can be noted that Mahajan did not prefix her Twitter handle with ‘chowkidar’ and join Prime Minister Narendra Modi’s social media campaign. She also reportedly skipped the party’s ‘Main Hoon Chowkidar’ event in Indore.

On Tuesday, Mahajan had said she never sought poll ticket from the party in the last three decades.

Mahajan, the second woman to be Lok Sabha Speaker, said the BJP has been fielding her from Indore on its own. “I did not seek ticket from the Indore seat in 1989 when I first contested the Lok Sabha elections. The party on its own made me its candidate. I have never demanded my nomination,” Mahajan said.

Mahajan had added that there is nothing wrong in names of local leaders being discussed in party circles as probable nominees. “It is a good thing and natural. The party should have many alternatives as this proves its strength. This means that the party is having a good number of workers, and if anyone among them is picked, he would win elections,” she told PTI.

The BJP has also not fielded many of its veterans, including former party presidents L.K. Advani and Murli Manohar Joshi. Advani, 91, and Joshi, 85, were not renominated from their seats, Gandhinagar and Kanpur respectively, and Advani has been replaced with BJP chief Amit Shah.

Mahajan’s decision to not contest also comes one day after benched veteran L.K. Advani wrote a blog post directed at the party.