When asked to comment on the impact of Gandhi's campaigning in the UP elections, Katiyar chose to respond with a comment on her appearance instead. 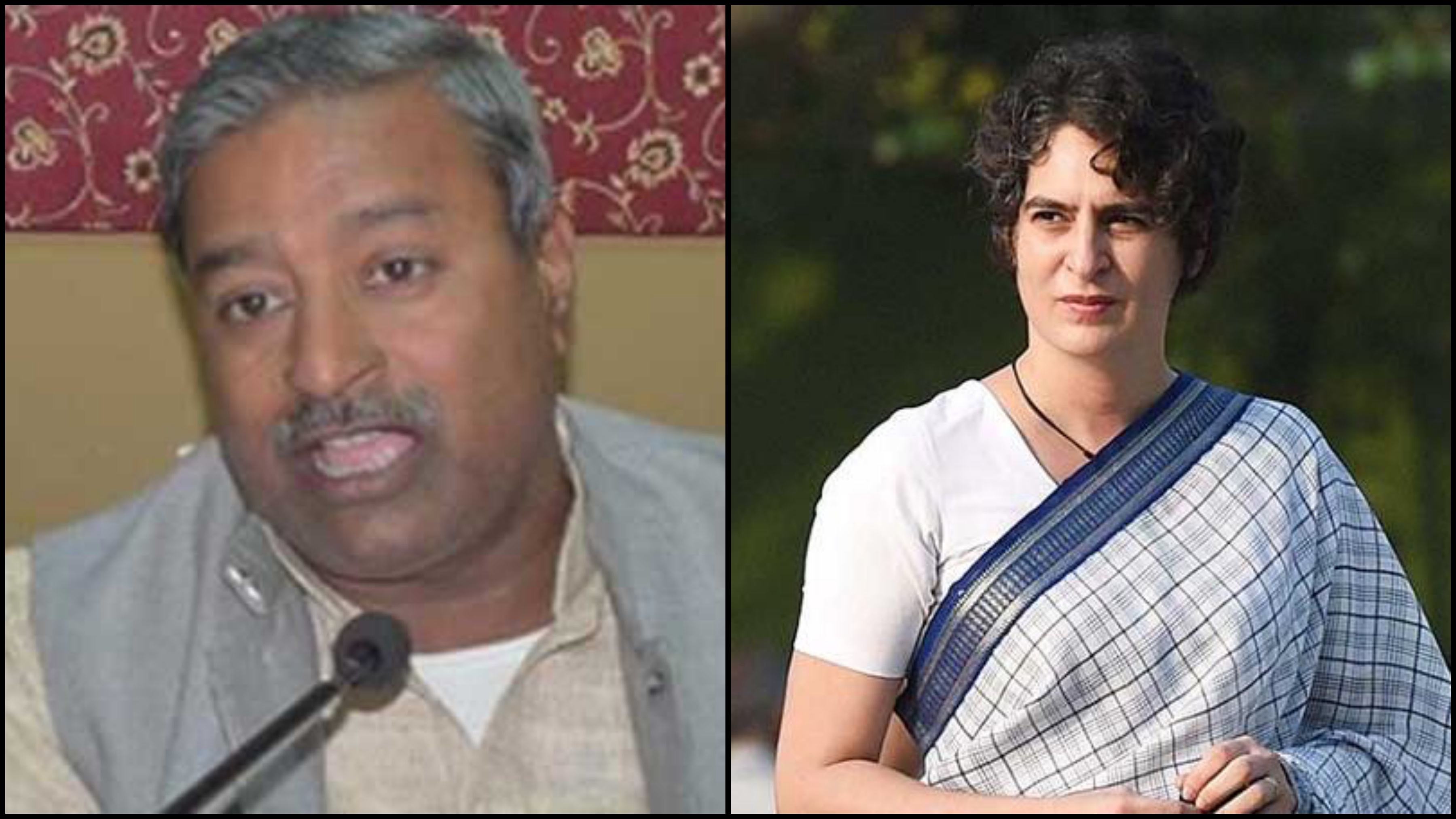 Tavleen Singh Aroor, a Delhi-based political journalist tweeted Gandhi’s response to Katiyar’s statement. In her statement Gandhi said that Katiyar’s comment “exposes the BJP’s mindset towards the better half of the population of India”.

It is quite demonstrative of Katiyar’s sexism that he could only engage with Gandhi’s appearance when asked about her political campaigning, because what else could a woman possibly be good for.

When questioned by CNN News 18 about his comments, Katiyar justified his statement saying, “She’s beautiful, that’s why she’s campaigning to attract crowds. In that context, there are prettier women than her, BJP also has more beautiful women.”

The All India Democratic Women’s Association (AIDWA) has also released a statement denouncing Katiyar’s “anti-woman stand” and has demanded an apology from him. The statement also says, “Such comments are demeaning and dissuade women from participating in political and social activities. The supporters of Manusmruti have always defended the patriarchal value system and propagated the secondary status of women. Such an attitude by the party leader of the ruling BJP government indirectly encourages perpetrators of crime against women. This is reflected in the growing rate of violence against women in our country.”

This is just one more name to add to the growing list of sexist, derogatory remarks made by politicians in the recent past.

1. Yesterday, JD(U) chief Sharad Yadav told a rally in Patna that a vote’s honour is greater than the honour of a daughter and then stood by his statement.

2. Karnataka home minister G. Parmeshwar Karnataka commented on the Bengaluru molestation incident on new year’s eve by blaming “Western culture” and saying that these things “are bound to happen.” Samajwadi Party leader Abu Azmi was no better when he not only said the women had it coming because they were wearing short dresses but also compared them to petrol and sugar, saying, “You have to keep petrol away from fire. And if there is sugar, ants will come automatically to it.”

3. In June 2015, Prime Minister Narendra Modi praised Bangladeshi Prime Minister Sheikh Hasina for taking a strong stance against terrorism “despite being a woman“. Just a year earlier, he drew praise for saying, in his Independence Day speech, “I want to ask parents when your daughter turns 10 or 12 years old, you ask, ‘Where are you going? When will you return? Do the parents dare to ask their sons, ‘Where are you going? Why are you going? Who are your friends?’ After all, the rapist is also someone’s son.” In 2012, he was widely criticised for referring to Sunanda Pushkara, the (since deceased) wife of Congress politician Shashi Tharoor as a ’50 crore ki girlfriend’.

4. In July 2016, the then BJP UP vice-president Dayashankar Singh (who just yesterday shared a dais with the prime minister at an election rally) in parliament compared BSP leader Mayawati to a sex worker. “Mayawati gives tickets for one crore rupees and if there is someone who can give Rs 2 crore than she sells it for Rs 2 crore within an hour. If someone is ready to give Rs 3 crore by the evening, she gives the ticket to him. She is even worse than a [expletive],” said Singh.

5. In March 2015, JD(U) leader Sharad Yadav said in parliament, “The women of the south are dark but they are as beautiful as their bodies…We don’t see it here. They know dance.”

6. In April 2014, then SP chief Mulayam Singh Yadav said “boys will be boys” while referring to the Shakti Mills gang rape case. “The poor fellows, three of them have been sentenced to death. Should rape cases lead to hanging? Boys are boys, they make mistakes. Two or three have been given the death sentence in Mumbai,” he said.

7. When thousands of women and men took to the streets in Delhi to protest against the December 2013 gang rape of Jyoti Singh in Delhi, President Pranab Mukherjee’s son, Abhijit Mukherjee of the Congress, said it was only “dented and painted” women who were coming out to protest.

8. In 2013, RSS chief Mohan Bhagwat said rape was a creation of urbanisation and that rapes happened only “in India, not Bharat”.

9. Spiritual guru Asaram Bapu (who has been charged with sexual assault and murder) said after the Jyoti Singh gang rape that she might have been let off if she had called her attackers “bhaiyya” and begged them to let her go.

10. In 2014, a video of Trinamool Congress leader Tapas Pal saying he would “ask his boys to go and rape CPI(M) women” went viral. “Earlier, you guys have bullied me on various occasions. If you insult the mothers and daughters of Trinamool workers. Then I won’t spare you. I will let loose my boys in your homes and they will commit rape. I will teach each of you a lesson,” Pal said. He later claimed that he had said “raid” and not “rape”.