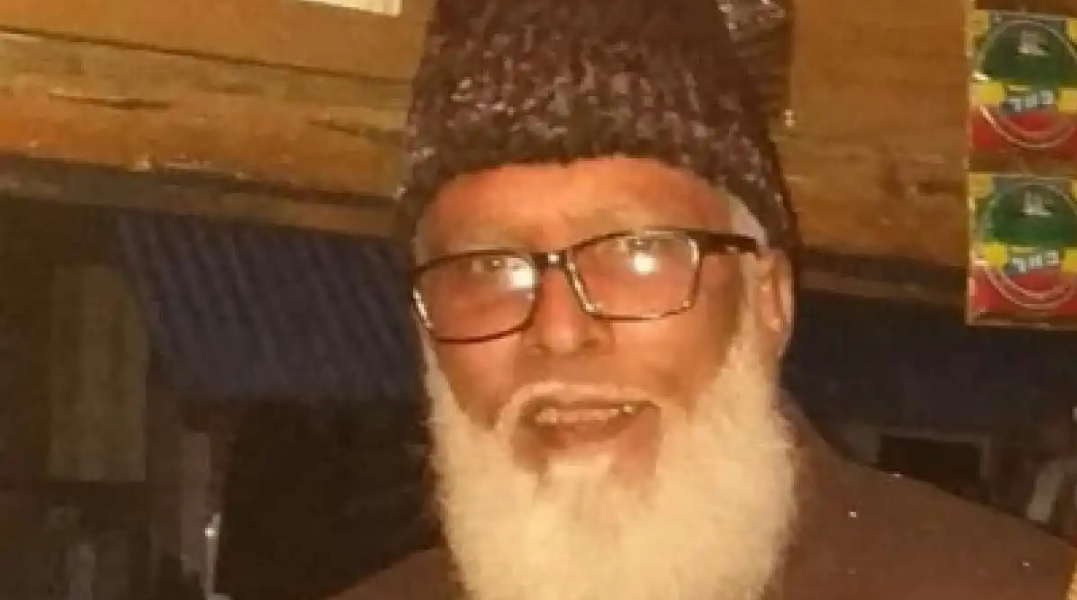 Srinagar: For the past one month, Gull Mohammad Mir campaigned for his colleague and BJP’s candidate for southern Kashmir’s Lok Sabah seat, Sofi Mohammad Yusuf, in far off villages of the constituency. On Sunday morning, the BJP’s Anantnag vice president was scheduled to visit Sofi in Pulwama ahead of the last leg of election to the constituency on Monday.

But, late on Saturday, night militants stormed his house and shot him multiple times from point blank range, a police official said. He was rushed to the hospital, where doctors declared him brought dead.

A senior doctor told The Wire that the BJP member had at least five bullet injuries in his chest and abdomen.

This is the first political killing in Kashmir during the ongoing Lok Sabah elections, taking place less than 40 hours before the twin districts of Shopian and Pulwama go to polls in the final leg of the three-phased elections to Anantnag constituency.

Also Read: ‘An Encounter Before an Election Is Meant to Kill the Democratic Process’

Mir is the fourth BJP worker to be killed in the south over the past 18 months. Within hours of the incident, state BJP leaders claimed that their party functionary’s security was withdrawn by the state government despite “constant threat to his life”.

In September last year, Mir had, according to BJP leaders, escaped a similar bid when suspected militants barged into his house. Mir wasn’t home then.

“The defeats didn’t deter him. Instead he resolved to strengthen the party in the constituency and beyond,” Sofi, who is camping in Pulwama, told The Wire over phone.

“He was a committed soldier of the BJP,” said Sofi, recalling how Mir campaigned for him in Dooru, Kokernag and Pahalgam assembly constituencies of the Anantnag Lok Sabha seat during the first leg of polls.

Within the party, 57-year old Mir was also known by the name “Attal” for his “love and admiration” for former Prime Minister Atal Bihari Vajpayee. “He was a big fan of Vajpayee’s and would often quote him in his speeches,” said Sofi.

The BJP leader was a regular at party functions in south Kashmir. He is survived by his wife, three sons and a daughter. A son of his works in the paramilitary CRPF and is posted outside the state. His second son works in the BJP’s Srinagar office, said party spokesperson Altaf Thakur, adding that his third son helped Mir with party affairs in the constituency.

Mir’s younger son and daughter were home when the militants stormed his house.

‘He was left vulnerable’

The BJP leaders in Kashmir trained their guns on the governor’s administration for removing Mir’s security cover, which they said left him vulnerable. Days after the February 14 Pulwama suicide bomb attack that left 40 CRPF soldiers dead, the state government withdrew police protection of a large number of political workers and separatists.

On April 5, the Union home ministry had said that security cover of over 900 “undeserving” people had been withdrawn in J&K. However, after widespread protests from mainstream parties, the security of over 400 J&K politicians was restored last month.

“The security cover of 30 BJP workers, including Mir, was also withdrawn,” said Thakur. “We pleaded with the state administration and top police authorities to restore his (Mir) security as he was facing constant threat from militants.”

“Mir was left vulnerable despite the fact that militants attacked his house in September last year,” the BJP spokesperson said.

Sofi said he had personally written to top police authorities in Anantnag seeking security for Mir. “We raised the matter before all administrative and police authorities more than a month ago. We didn’t get any response. Now they owe an answer for this killing,” said Sofi, a founding member of the BJP’s Kashmir unit.

Both Sofi and Thakur termed the killing barbaric.

The senior superintendent of police (Anantnag) Altaf Khan, however, said security cover was allotted to political workers based on threat assessment. He said the assessment was made by an official committee.

“Only those categorised for security are provided cover. Mir was not among the categorised persons,” Khan told The Wire.

‘Living in the shadow of death’

Ever since the BJP formed the state government in 2014 for the first time, it has been trying to make inroads into Kashmir’s political landscape.

Ashok Koul, another senior party leader, said over the past five years, the BJP’s support base has grown “manifold” in the Valley. In the 2014 parliamentary election, he said the party secured only 3,000 votes in Kashmir. It was able to garner 50,000 votes in the last assembly election, he added. “Today we have more than two lakh members in the Valley,” Koul claimed.

But the growth has come at a cost for the BJP. In the past 20 years, Sofi said the party has lost 13 members to militant attacks across Kashmir. Since November 2017, at least four BJP functionaries have been killed by militants in the south alone. Those killed include its district youth presidents for Shopian and Pulwama, Gowhar Ahmad Bhat and Shabir Ahmad Bhat respectively. Ghulam Nabi Patel, a worker from Pulwama, was also killed.

The killings have raised questions about security of workers of different parties, particularly those in the south. Spread over four districts, this region has been the epicenter of home grown militancy in Kashmir. More than 45 civilians, including political workers, Panchayat members and alleged “informers”, have been killed by militants since 2017.