In a liberal democracy that rests on the will of the people, the means to an end is as important as the end itself. 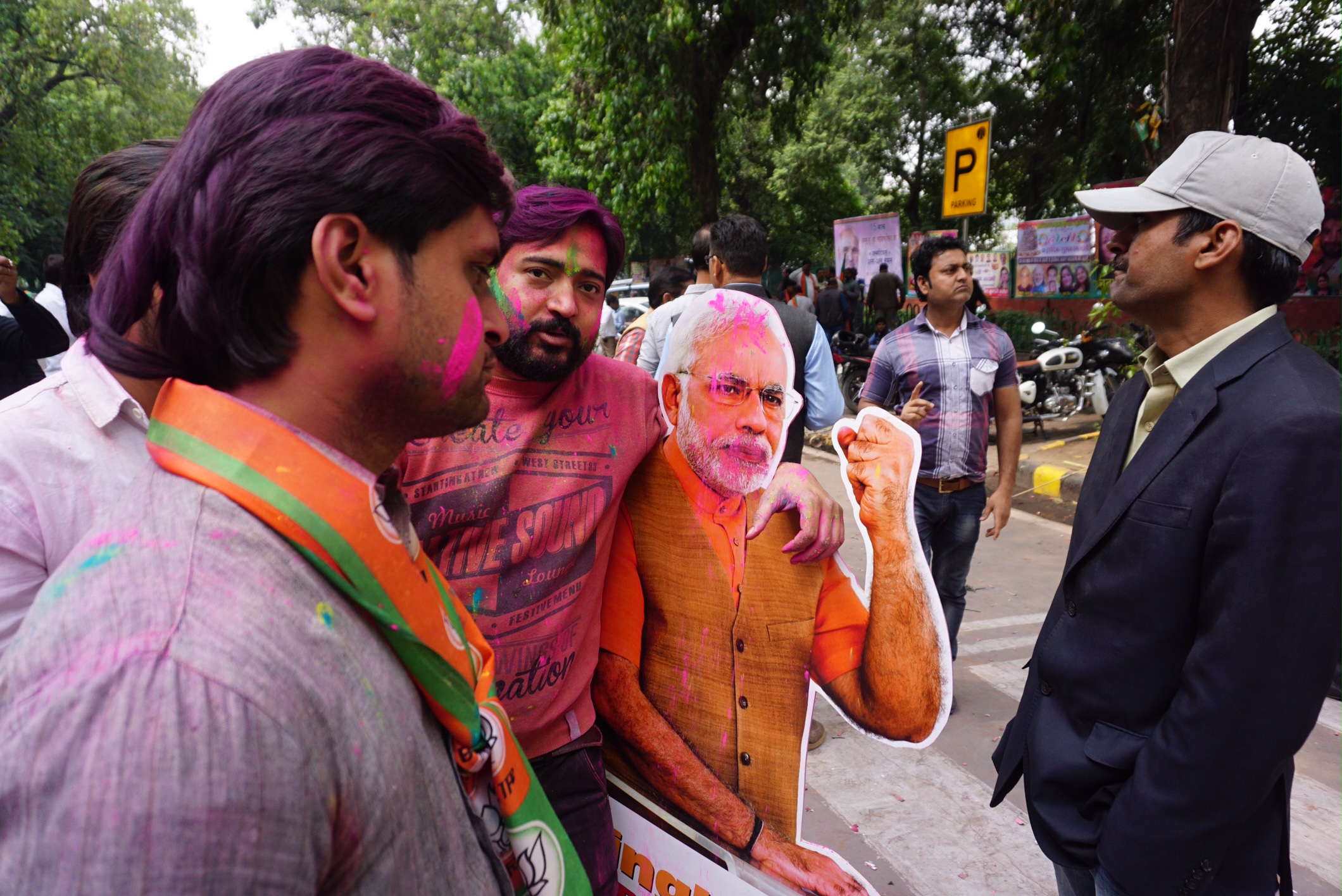 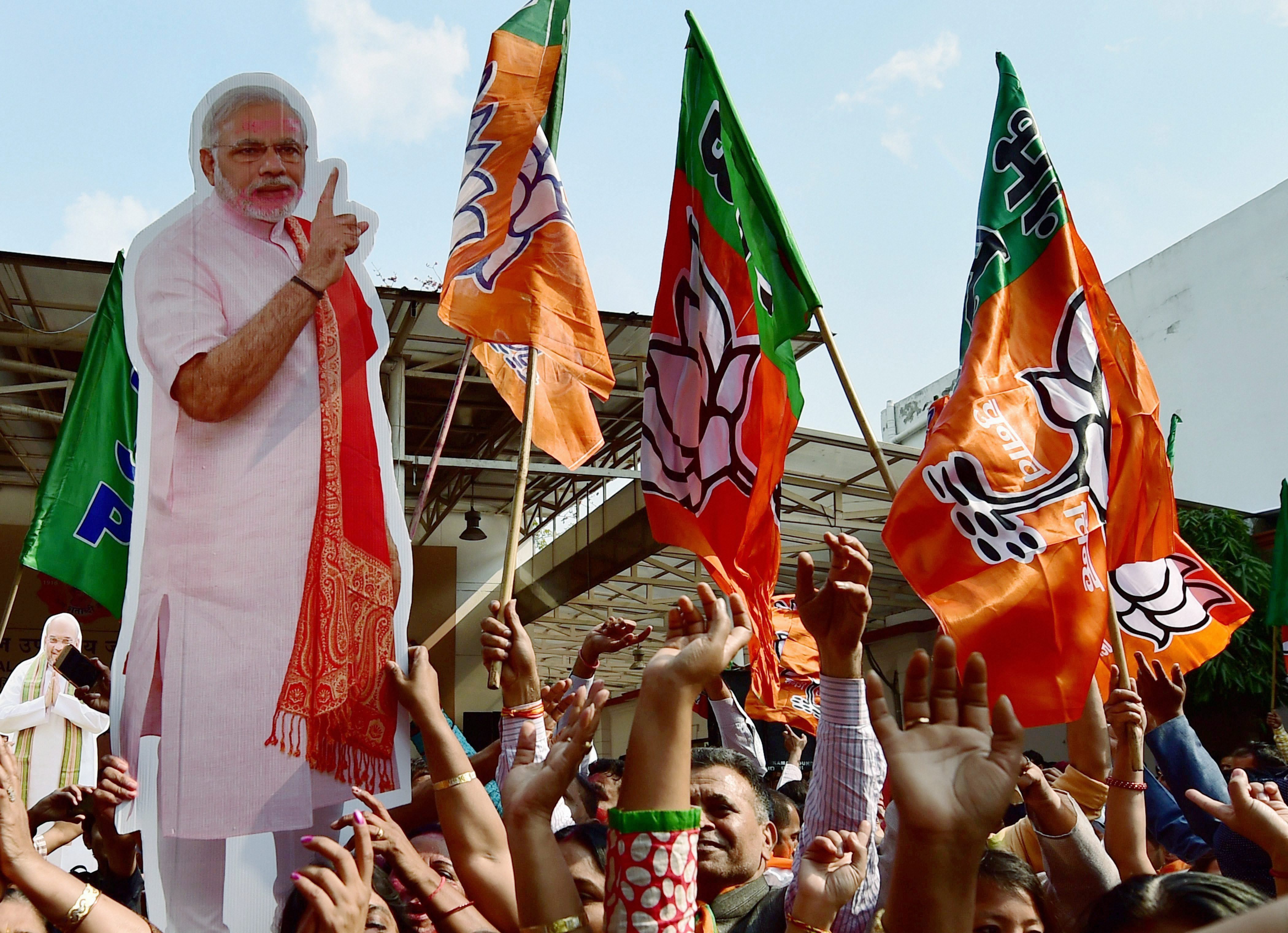 New Delhi: BJP workers carry a giant cut-out of Prime Minister Narendra Modi as they celebrate the partys victory in the UP and Uttarakhand Assembly elections, at the party headquarters in New Delhi on Saturday. Credit: PTI

Defection, inducement, intimidation and polarisation characterise the vision for the “new India” under Prime Minister Narendra Modi. The BJP’s machinations are on full display in its pursuit to defeat the people’s mandate and install a rejected party at the helm in Goa and Manipur by violating every canon of constitutional propriety.

The BJP’s argument that the governor is not obliged to invite the single largest party to form the government is not only specious but demonstrates a lack of understanding of settled legal principles. In S.R. Bommai vs Union of India, a nine-judge constitutional bench of the Supreme Court categorically laid down that, “We make it clear that what we have said above is confined to a situation where the incumbent Chief Minister is alleged to have lost the majority support or the confidence of the House. It is not relevant to a situation arising after a general election where the Governor has to invite the leader of the party-commanding majority in the House or the single largest party/group to form the government”.

This principle is the law of the land and in the absence of a clear majority, the governor by virtue of the Bommai judgment is duty bound to first “invite” the single largest party/group to form the government, which is the Congress party in Goa and Manipur.

A great jurist once said the “Supreme Court is not always right; sometimes it is also right because it is final”. Did the Supreme Court err in appreciating this unequivocal constitutional position? If the ‘majority mandate’ is to be tested on ‘who rushed to the governor first,’ we will be setting a dangerous precedent where governors convert ‘minority’ into ‘majority’. This would turn the constitutional obligation of the governors under Article 164 on its head. By no stretch of imagination could the Supreme Court be deemed to have reinterpreted established constitutional conventions and law in this fashion.

The people of Goan not only elected the Congress as the single largest party with 17 seats plus 1 independent but also decisively defeated the sitting BJP government, including its chief minister Laxmikant Parsekar and six ministers, bringing the BJP’s tally from 21 MLAs in last assembly to 13 in the present one. The BJP has cobbled an arrangement of vested interests wherein the law of the land and the will of the people have been subverted at the altar of political expediency and legitimacy. The BJP, which claims to be a “party with a difference”, has truly demonstrated their “difference” by trampling on institutions and the mandate of the people. It is now clear that Modi’s idea of a ‘new India’ is founded on ‘defections rather than elections’. A similar sinister game has played out in Manipur, converting a minority of 21 MLAs into a majority, ignoring the majority mandate of the Congress’s 28 MLAs.

The evidence was clear when BJP president Amit Shah claimed, even before the counting was over, on March 11 that the BJP would form the government in Goa and Manipur. Democracy has been the casualty in this charade orchestrated by the BJP. This trend initiated of destabilising and toppling legitimately elected governments and pre-empting the formation of duly elected parties by using money and muscle power is disturbing, and constitutes a direct threat to the very foundation of our nation. In a liberal democracy that rests on the will of the people, the means to an end is as important as the end itself. This is not an affront to the Congress party but to India’s democracy. Each one of us needs to rise up to meet this diabolical challenge.